Your changes have been saved
All Audio Comedy Comedy Show 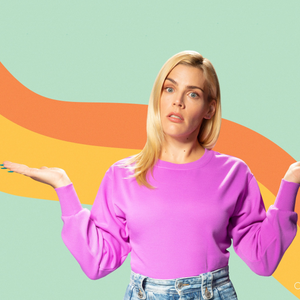 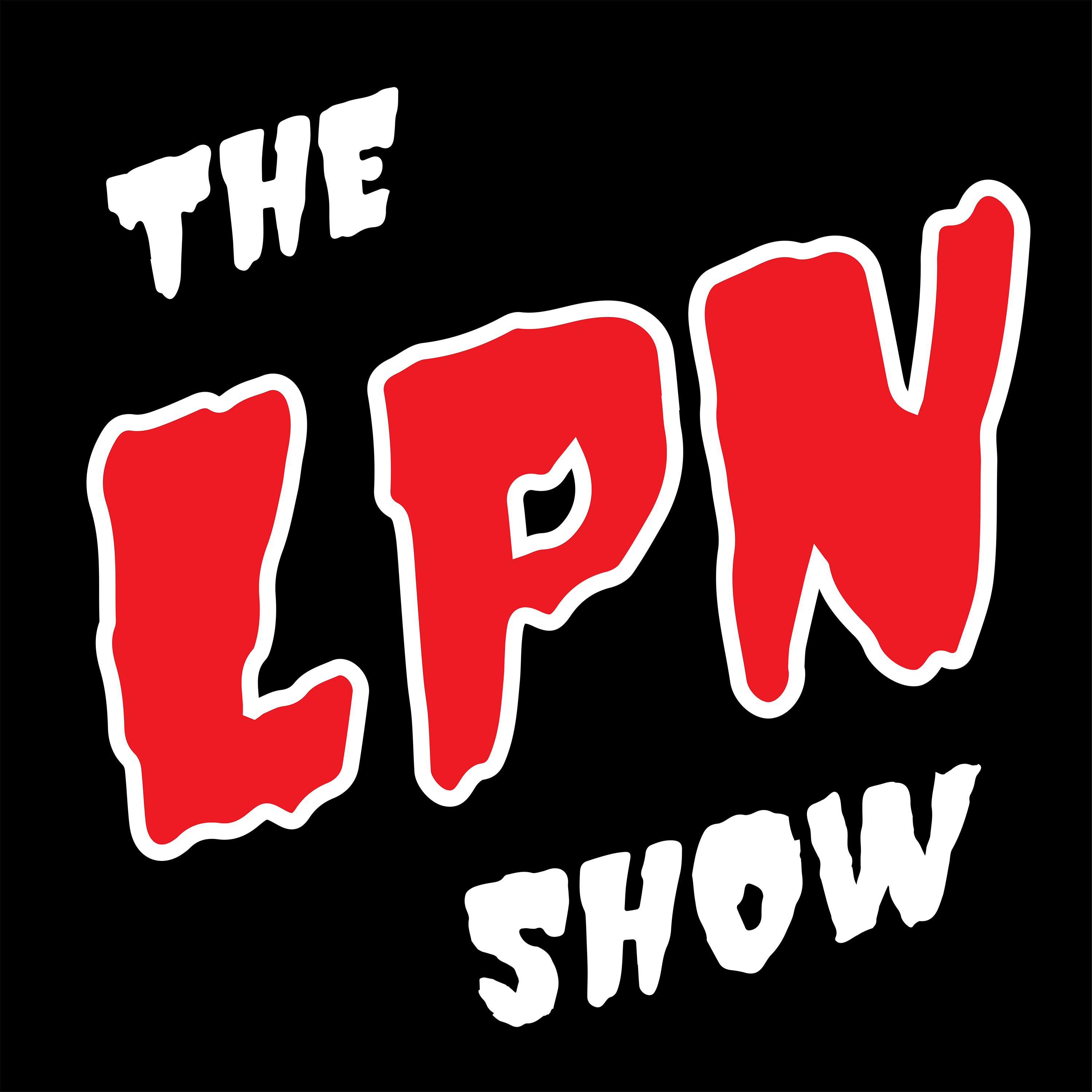 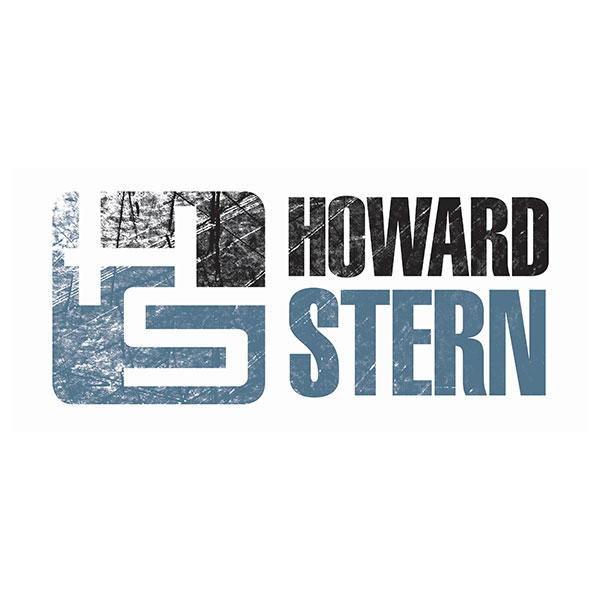 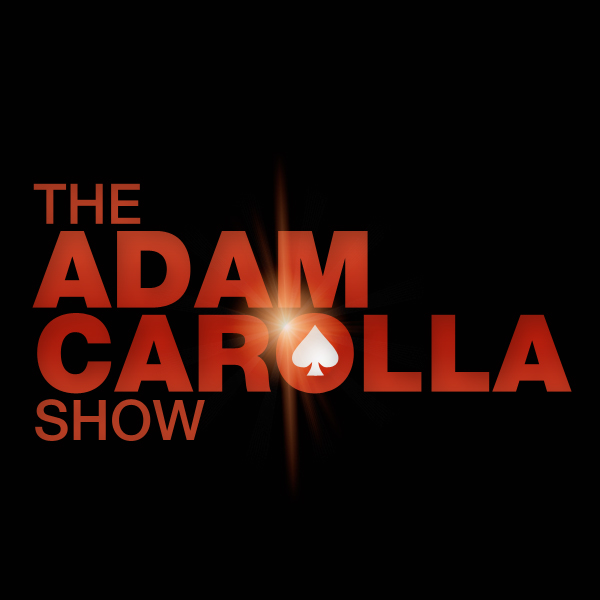 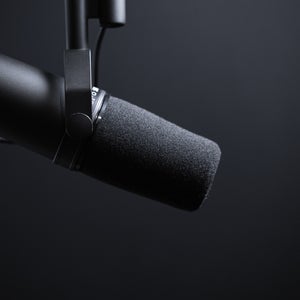 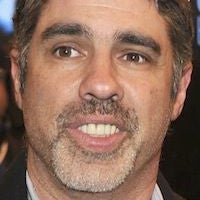 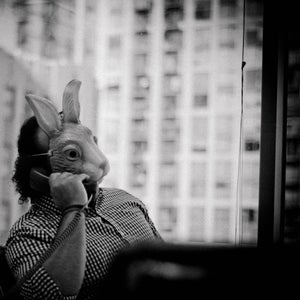 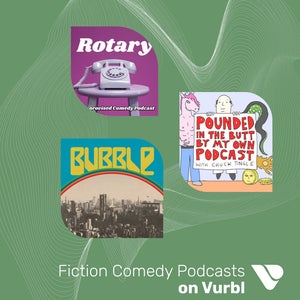 8 Best Fictional Comedy Podcasts Under 30 Minutes
By Vurbl Comedy: Standup, Quotes & Funny Stories
It's never a bad time for laughs, especially in the world of podcasting. We dove headfirst into the comedy waters to offer you these choice podcast pearls clocking in at 30 minutes or less. If your sides start to hurt laughing, you may have just found your next binge-worthy, fictional or skit-based comedy podcast.
Share 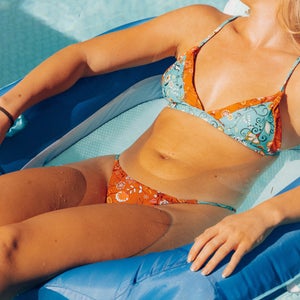 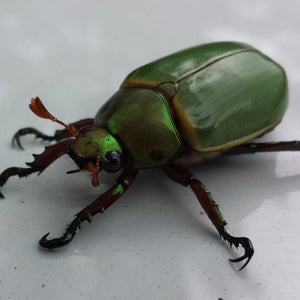 Wack Packer Beetlejuice Best Moments on The Howard Stern Show
By Howard Stern
Here are some great moments from one of the greatest wack packers of all time - beetlejuice! Here, beetlejuice is singing, generally being funny and talking with the Howard Stern staffers. Clip your favorite sound or moment.
Share 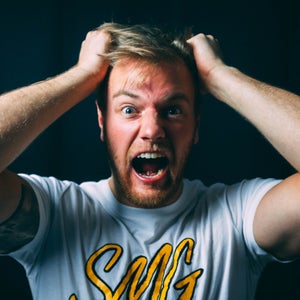 Ronnie The Limo Driver Mund Best Moments on Howard Stern
By Howard Stern
Ronnie Mund classic moments on The Howard Stern show. Ronnie with his famous sayings, crazy outbursts and angry yelling, this playlist of Ronnie Mund has it all... Now, Let's F SOME WHORES.
Share 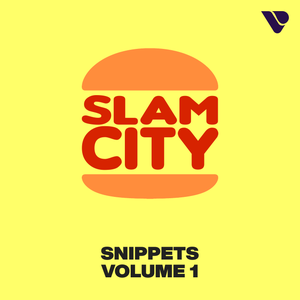 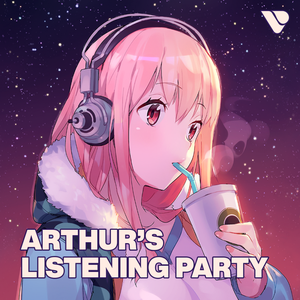 10 of the Funniest Comedy Show Podcasts - Curated by Arthur Dood of Slam City
By Arthur's Listening Party
Enjoy snippets from some of my favorite comedy shows featured in Vurbl's Comedy Show category.
Share

Hannah Einbinder - The House That Boysenberry Built
By Dumb People Town
This week Hannah Einbinder comes to town to hang with Daniel, Jason and Randy. The first story is about a wedding nightmare. The second story is a horror story of a middle of the night mistake. The final story is the worst kind of surprise to find in your driveway. Learn more about your ad choices.
Add to Playlist
Share

Part 1: James Dean’s Porsche + Rotten Tomatoes Game (ACS May 17)
By The Adam Carolla Show
Adam talks about the transaxle from James Dean’s Porsche 550 popping up on Bring A Trailer. Then he plays an Unprepared clip from Appleton, WI on dingleberries. After that, Adam talks about taking Sonny to a McDonalds after his stand up set and being underwhelmed by the Big Mac. Adam brings in a new
Add to Playlist
Share

Part 2: Uly “The Monster” Diaz + News (ACS May 17)
By The Adam Carolla Show
Bare knuckle fighter Uly Diaz joins the show from Miami to chat about his history of fighting, his close relationship with Pitbull, and the rules of bare knuckle fighting. Next, Gina reports on today’s news including: Actor Ricky Schroder confronting a Costco employee over their mask mandate, Bill M
Add to Playlist
Share 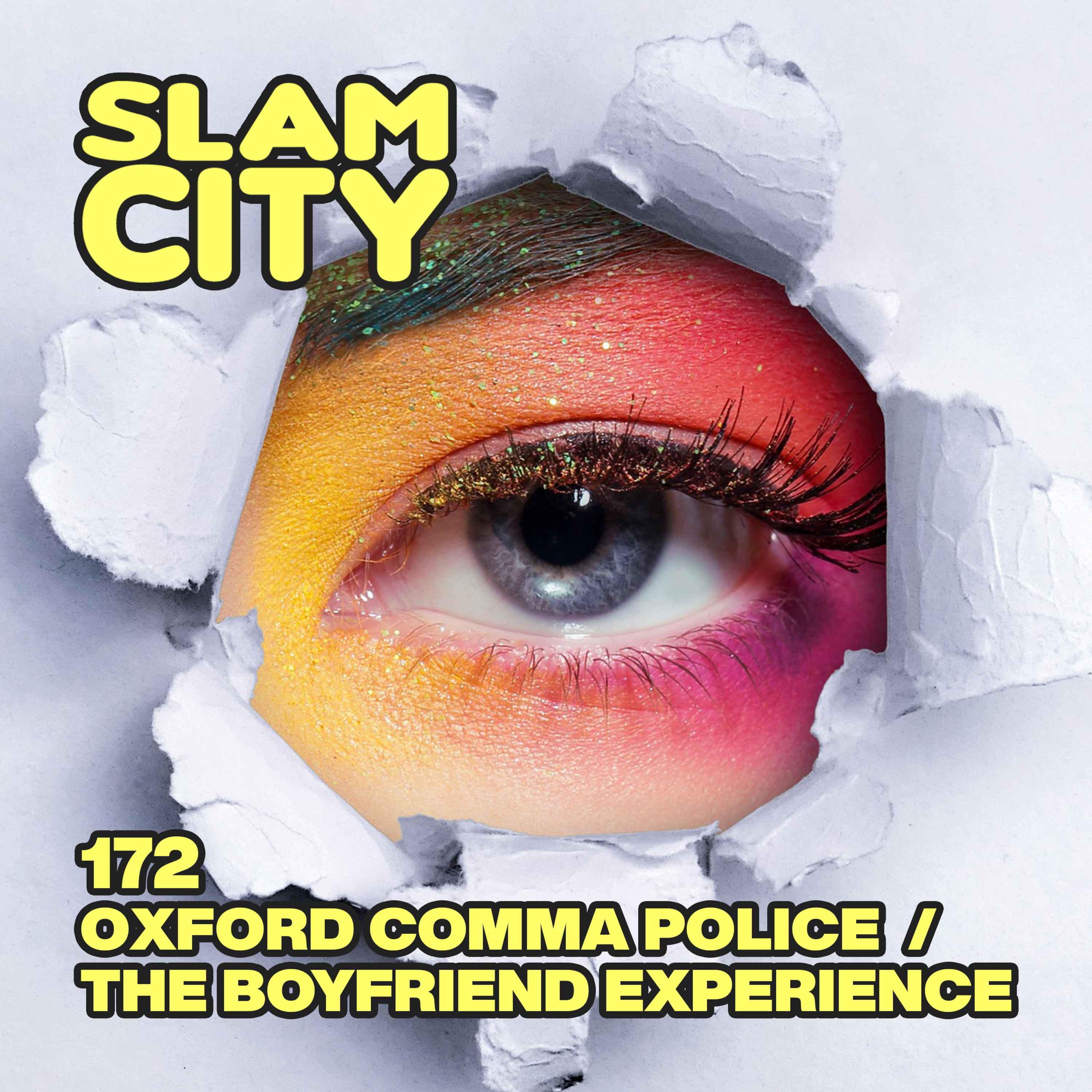 The Mary Magdalene of Apes
By Aimee Alexander Audio Station
2 listens
Slam City always keeps us updated on the news that didn't make the front page. They chat about how an isolated female ape gave birth to a baby despite no breeding sessions.
Add to Playlist
Share 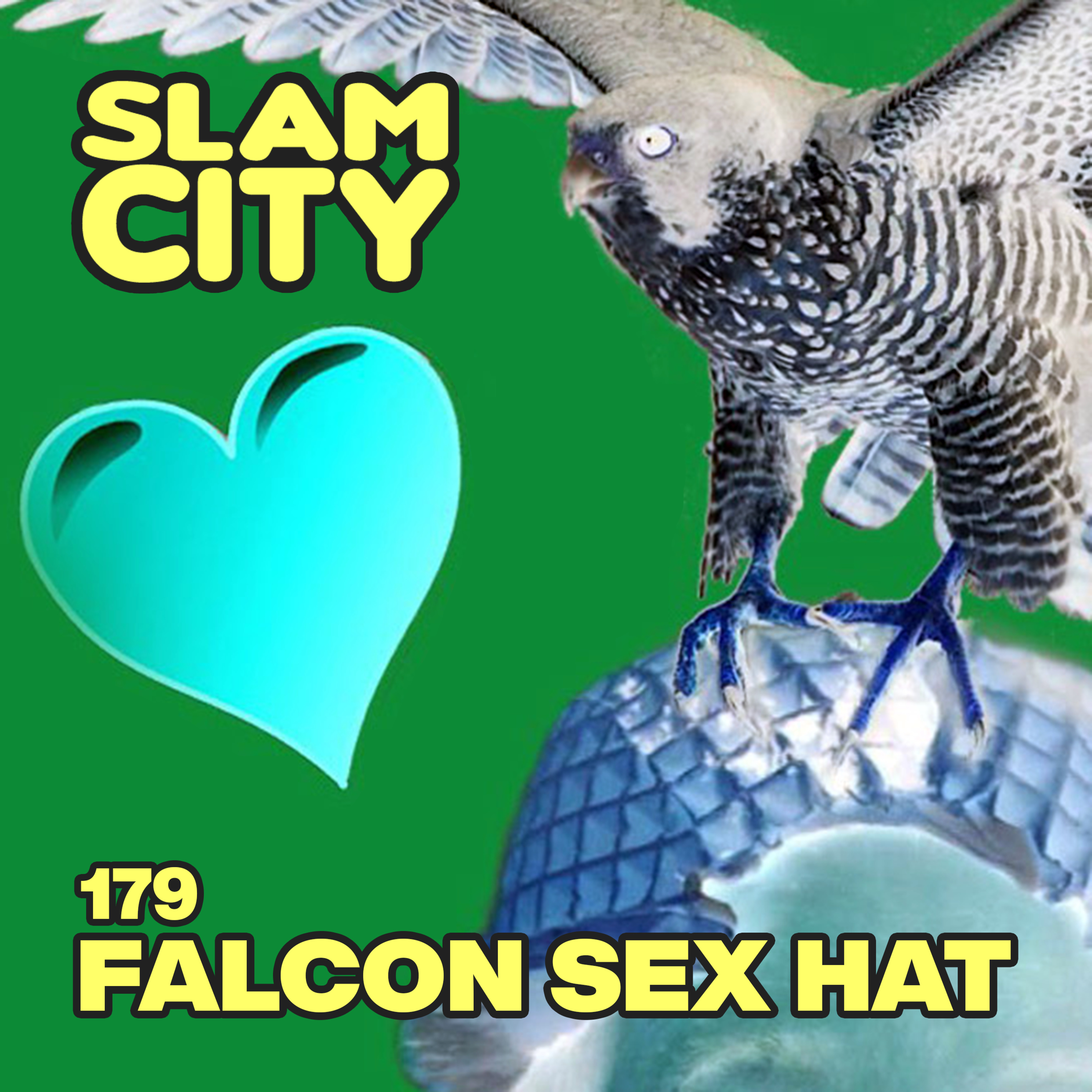 Episode 179: Falcon Sex Hat
By Slam City
Hold on to your falcon sex hats while you travel through the Quantimino™ with triple uranium hosts Gemini, Burrito, Brian, and Arthur as they bring you into conversations that might make you laugh out loud. Twin Peaks, Pogs, Mortal Kombat, and more! Double X Quantimino. Twin Peaks, the breastaurant.
Add to Playlist
Share

Part 1: CDC Doom and Gloom, plus Blah Blah Blog (ACS May 14)
By The Adam Carolla Show
At the top of the show, Adam plays a bizarre clip from The View, and the gang analyzes clips from Bill Maher, as well as Michelle Obama’s conversation with Gayle King, and the CDC Director’s latest round of ‘doom and gloom’ messages. Gina then gives an update on a scam she got involved in. Before th
Add to Playlist
Share

Part 2: Naveen Jain, plus The News (ACS May 14)
By The Adam Carolla Show
At the top of Part 2, Adam welcomes Naveen Jain to the podcast. He asks him about the terrible COVID situation in India, and also to share his own inspirational story coming from a very poor family and becoming a successful entrepreneur. They go on to talk about what we can learn about people’s pers
Add to Playlist
Share

Lara Beitz - WitchCraft Services
By Dumb People Town
This week Lara Beitz comes to town to hang with Daniel, Jason and Randy to hear about a woman using witchcraft to steal money but not in a fun way. Learn more about your ad choices. Visit megaphone.fm/adchoices
Add to Playlist
Share

Part 2: Donny Deutsch, plus The News (ACS May 13)
By The Adam Carolla Show
Adam welcomes Donny Deutsch back to the podcast at the top of Part 2. Adam explains why studying commercials is so important, and Donny talks about the stresses of working in the advertising business. The guys go on to discuss the process of building an ad campaign around a product, how social media
Add to Playlist
Share

Part 1: Mike August Responds, plus Bald Bryan Health Update (ACS May 13)
By The Adam Carolla Show
At the top of the show, Adam asks Bryan and Gina about how the Rock N Roll Hall of Fame works, and the guys share their love of Pat Benatar, who is mysteriously missing from the list once again. Bald Bryan then gives another health update, and the guys go on to take listener calls about ‘Whose Line
Add to Playlist
Share

Part 1: Adam Ray and Mike Lynch (ACS May 12)
By The Adam Carolla Show
Adam welcomes Adam Ray in studio at the top of the podcast. The guys talk about LAX suddenly becoming busier than it’s ever been, and also listen to another mashup from Dawson. Gina then gives an update on the screaming preacher who was arrested for flouting COVID rules, and the guys discuss the pro
Add to Playlist
Share

Part 2: Joe and Daniella Pantoliano, plus The News (ACS May 12)
By The Adam Carolla Show
Joe and Daniella Pantoliano are on the air next, and they chat with Adam about their new podcast, ‘No Kidding? Me Too!’ They go on to discuss mental health, how we’ve all become lost in technology, and avoiding the anxiety of sifting through too much information. Gina and Bryan also ask Joe question
Add to Playlist
Share

Requiem
By Soft Voice
Lydia attends her grandmother's memorial. And after the arrival of an unexpected guest, everything comes to a head.
Add to Playlist
Share

Kyle Dunnigan Live From Appleton, Wisconsin (ACS May 11)
By The Adam Carolla Show
Adam returns to the Skyline Comedy Club to chat about his day exploring Appleton, Wisconsin. He then welcomes Kyle Dunnigan, Gina, and Bryan to the show to play The Rotten Tomatoes Game. Gina reports on today’s news stories including: A woman suing Bagel Bites for not containing real cheese, butt li
Add to Playlist
Share

Jonah Ray - Better Than Free Solo
By Dumb People Town
This week Jonah Ray comes to town to hang with Daniel, Jason and Randy. The first story is about the worst litterer. The second story is an art critique. The final story is about a real life Ash Ketchum. Learn more about your ad choices. Visit megaphone.fm/adchoices
Add to Playlist
Share

Live from Appleton, Wisconsin (ACS May 10)
By The Adam Carolla Show
Adam performs live at Skyline Comedy Club in Appleton, Wisconsin. He teases the crowd about being in a city that doesn't have direct flights before talking about gas station attendants and trying to get a coffee through a TSA line. Gina, Bryan, and Jeff Cesario then drop in for a quick Chet Waterhou
Add to Playlist
Share

Episode 50: What Makes a Good Murder Ballad w/ James Felice
By The LPN Show
This week, Ben and Ed are joined by James Felice of The Felice Brothers as they talk about the songwriting process, what it’s like to be in a band with your family and the Golden Treasure that awaited them on the road.Check them out on Spotify!Go to http://gabi.com/LAST to put your policy to the tes
Add to Playlist
Share 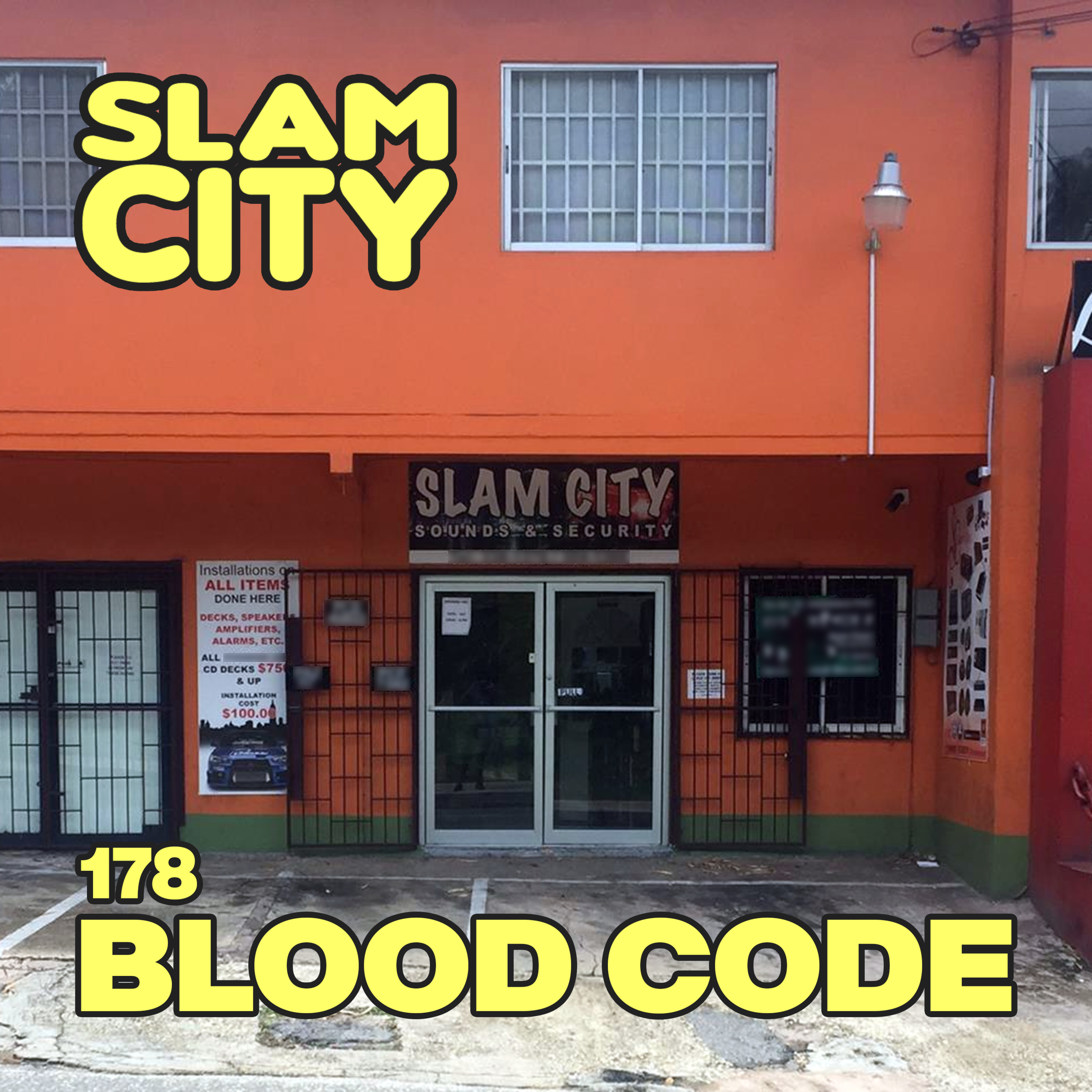 Episode 178: Blood Code
By Slam City
1 listen
We saved you a seat at our lunch table, the Quantinimo™ powered podcast known across the universe as Slam City. Brian, Burrito, Gemini, and Arthur penetrate deep inside your ears with thought-provoking conversations that reflect the future of humanity today. Preshow. Wes Burrito. Soggy Ben’s Sex Jou
Add to Playlist
Share

Blood Poem
By Soft Voice
By the light of the moon, Lydia reads the love poem that Jean hid in her funeral clutch.
Add to Playlist
Share

Part 1: Lost Keys, Exploding Wine, and Dr. Drew’s Near Death Experience (ACS May 7)
By The Adam Carolla Show
Adam opens today’s pod with some sad, personal news. He then reads a crazy text he got from John Popper, and the guys go on to discuss our nation’s relationship with guns. From there, Adam breaks down an experience he had losing his keys, as well as having a magnum sized bottle of wine explode in hi
Add to Playlist
Share