Your changes have been saved
All Audio Legal Civil Rights Law 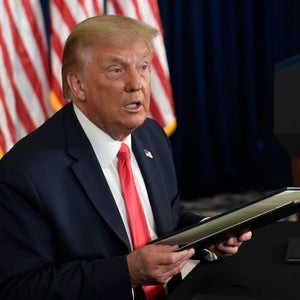 Audio of Every Oral Argument Made Against Donald Trump
By Court Listener
133 followers
We have compiled every publicly available Oral Argument made against Donald J Trump, Trump Organizations, Trump Non-profits, and Trump as the President. This list of audio oral arguments will keep you busy for days. We were surprised at the sheer volume of lawsuits that Trump has been a part of, and these are only the ones that made it to the higher courts.
Share 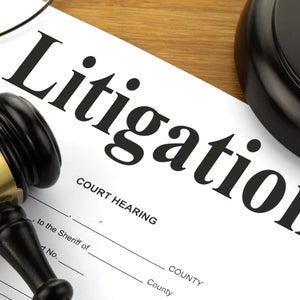 Let the Litigation Play
By Peeps' Creek™ The Café
This playlist contains snippets of podcasts that will spark your interest and take you on a journey into the world of litigation.
Share

Taking Liberties Episode 13: Maite Garcia of FIRRP
By Podcast | Harvard Civil Rights-Civil Liberties Law Review
On this episode, Audio Content Editor Laura Garcia speaks with Maite Garcia, an attorney and Pro Bono Mentor with the Florence Immigrant and Refugee Rights Project (FIRRP) in Arizona, about the intersection between immigration and criminal law, and the challenges that &#8220;crimmigration&#8221; iss
Add to Playlist
Share

Taking Liberties Episode 3
By Podcast | Harvard Civil Rights-Civil Liberties Law Review
The panel discusses a RFRA claim against immigration policy, a cake-baking case from the UK Supreme Court, and the consequences of Shelby County v. Holder. Our guest is Judge Nancy Gertner who discusses her career as a civil rights attorney and how that shaped her time as a judge and what she sees a
Add to Playlist
Share

Taking Liberties Episode 7
By Podcast | Harvard Civil Rights-Civil Liberties Law Review
In this episode, our hosts Mahroh Jahangiri and Elizabeth Ross speak with our guest Angel Sanchez to discuss his recent article &#8220;In Spite of Prison&#8221; as well as developments in the prison abolition movement more broadly. This episode also features an interview with hosts Rund Khayyat and
Add to Playlist
Share

Taking Liberties Episode 8
By Podcast | Harvard Civil Rights-Civil Liberties Law Review
In this episode, our hosts speak with two organizers from People&#8217;s Parity Project about their work fighting to end harassment and discrimination in the legal profession and advance access to justice in the courts. Follow People&#8217;s Parity Project on Twitter @PeoplesParity. We also speak wi
Add to Playlist
Share

Taking Liberties Episode 4
By Podcast | Harvard Civil Rights-Civil Liberties Law Review
The panel reviews some progressive victories coming out of ballot initiatives in the 2018 midterm elections and has a discussion on competing perspectives on victim&#8217;s rights bills.  Our guest for this episode is Robert Anderson, Director of the Native American Law Center and Professor of Law a
Add to Playlist
Share