Your changes have been saved
All Audio Pets & Animals Dogs 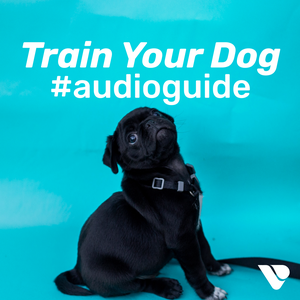 Helpful Podcasts About Training Your Dog
By Vurbl Animals: Stories, Training & Pet Health
143 followers
Did quarantine inspire you to get a new puppy? Is your dog chasing the Amazon delivery driver? Well, look no further because here at Vurbl we curated a playlist of eight podcasts dedicated to how to train your furry best friend. Featured in this playlist is a selection of helpful episodes from the Oh Behave podcast and The Dog's Way podcast. Good luck with training your four-legged friend!
Share

Wonder Woman 1984 and the Nightmare of ZOOM.
By ‎ROAD DOGS
Alright the first episode of the new season is hear. A lot coming but for now a need to talk about some things,that already happened. Changed the name. --- This episode is sponsored by · Anchor: The easiest way to make a podcast. https://anchor.fm/app
Add to Playlist
Share 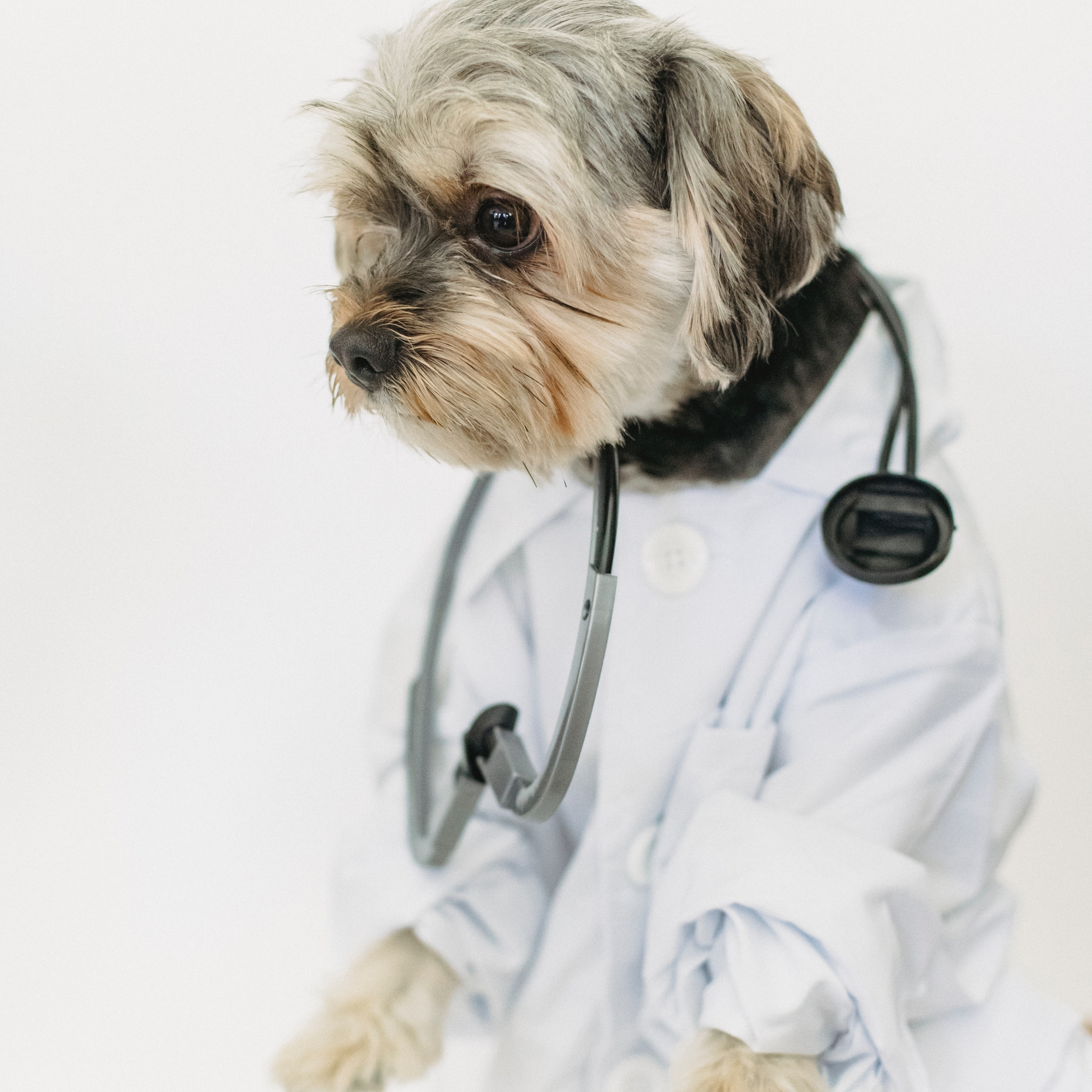 More about pet insurance: Will it cover a veterinary behaviorist and any kind of training? What about pre-existing conditions?
By School For The Dogs Podcast - Dog Training & Animal Behavior with Annie Grossman
This is a follow up episode to last week's "journey" through the world of pet insurance. Annie mentions some companies she's heard good things about from listeners in the wake of the episode airing, and dives deep into what insurance will cover in terms of dealing with behavior issues. Her guest is
Add to Playlist
Share

Just some riffing. Why real comedy is so much more fun then ZOOM.
By ‎ROAD DOGS
This is for the ZOOMERS. Thanks for helping me practice but Comedy is about spontaneous interactions with the crowd and here are some examples. If you want to be a comedian find a stage and get on it as much as you can.
Add to Playlist
Share 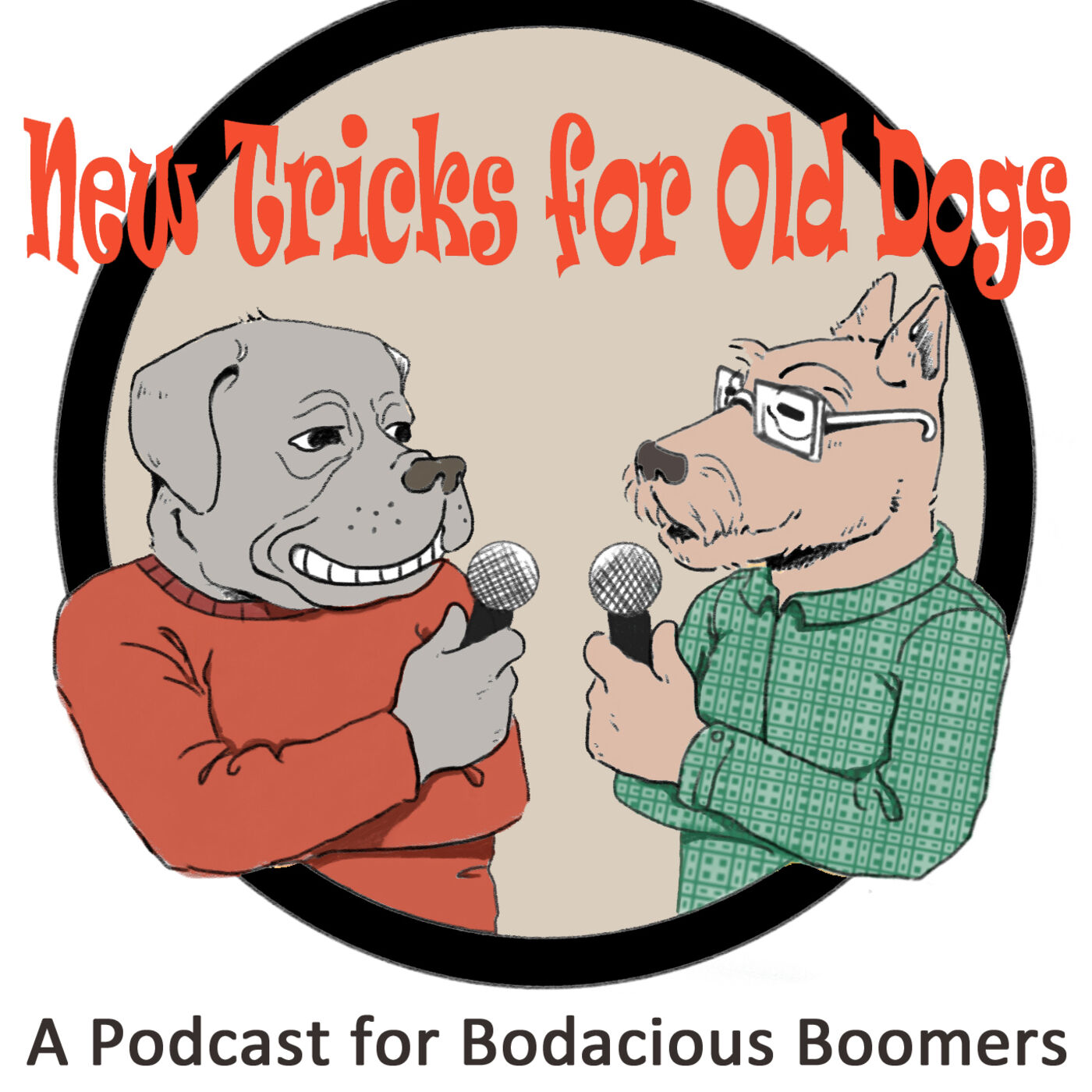 No. 57: "Socks with Sandals? Not Us!"
By ‎New Tricks for Old Dogs
The Old Dogs take issue with what young people think older people think... New: &quot;Ads and Fads...&quot; G. Gordon Liddy can&apos;t cheat death... Dressing to the nines for online church - why not? 2020 by the numbers... An expert&apos;s take on stupidity... The Old Dogs have a conversation with
Add to Playlist
Share

I’m Farting Carrots. Oh, the Mondegreen!
By Dogs Are Smarter Than People via Anchor
We’ve all done it. We’ve misheard song lyrics or actual words. We’ve argued about whether someone was saying Laurel or Yanni. But there is an actual term for that. According to Merriam Webster Dictionary, a mondegreen is “a word or phrase that results from a mishearing of something said or sung.” I
Add to Playlist
Share

Beastie Boys Pt IV: Licensed to Ill
By No Dogs in Space
Our adventure into Beastie History continues as Carolina and Marcus dive even deeper into the story of The Beastie Boys, at a time in their career when things really started to take off! The group further cements their connection with Producer, Rick Rubin and link up with a Manager who can truly hel
Add to Playlist
Share 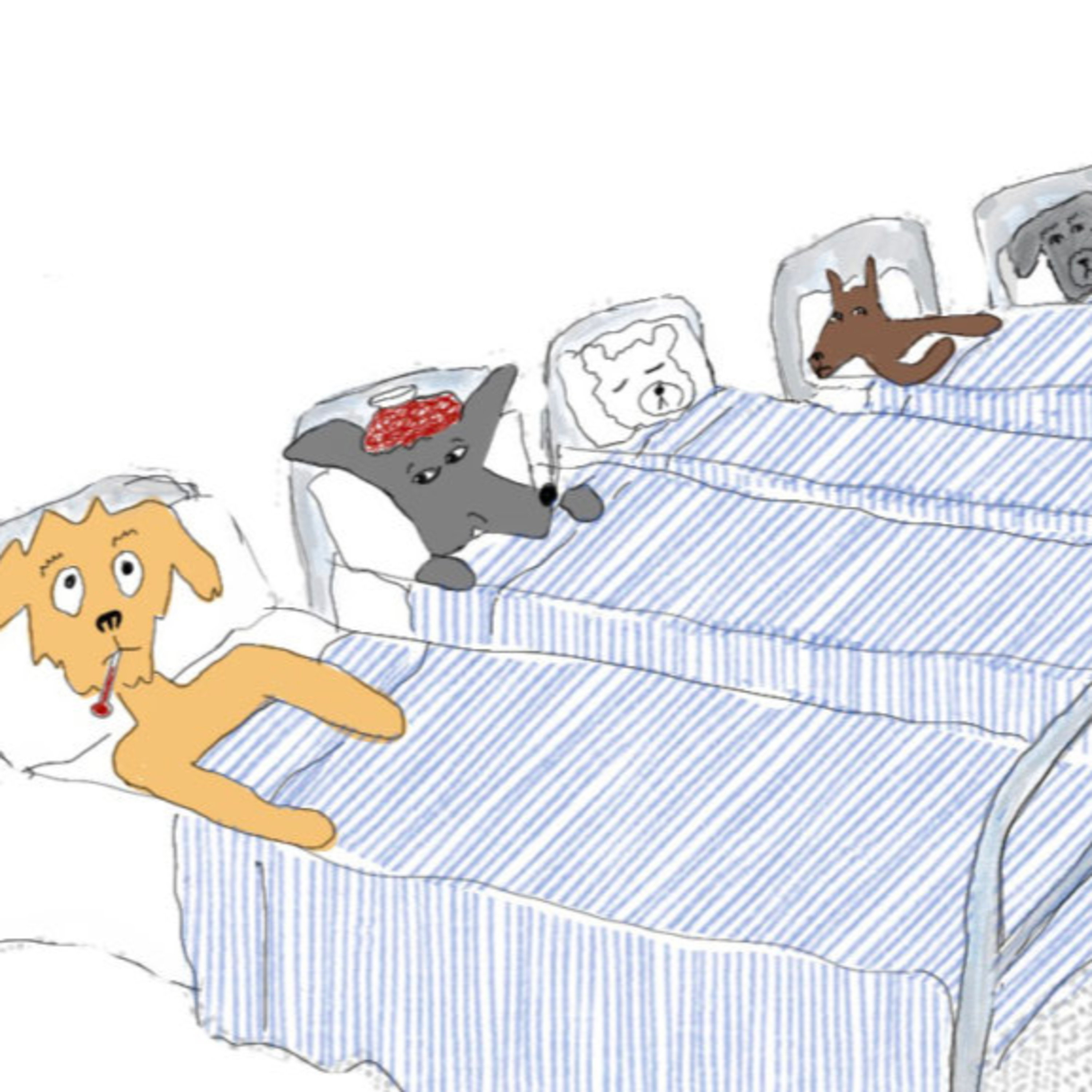 All About Pet Insurance: Considerations, plans, options, opinions, realizations, reviews, alternatives & more
By School For The Dogs Podcast - Dog Training & Animal Behavior with Annie Grossman
Annie wanted to get pet insurance for her young dog, Poppy, and decided to dive deep into researching all the options out there -- and oh boy, there sure are a lot of options! In this episode she speaks to several industry experts and company representatives, looks at reviews, reads the find print,
Add to Playlist
Share

Episode 121: Penny (and Dakota)
By ‎All The Good Dogs
India from Southern Queeries joins the show this week to talk about her goodest girl Penny who was rescued from the streets of Mexico. Listen as we discuss their life before they moved to the USA and the differences with owning dogs in the two countries. We also talk a little about Penny's brother,
Add to Playlist
Share

How Do You Make Your Story Thrilling and Sunbathing Your Testicles?
By Dogs Are Smarter Than People via Anchor
You’ve all read a story or heard a story that just bores you to tears, right? You don’t want to write that story UNLESS boring people is your goal. That’s a fine goal! You get to have that if you want it. Don’t let anyone take your goal away from you. But if that’s not your goal? Let’s talk. To not
Add to Playlist
Share 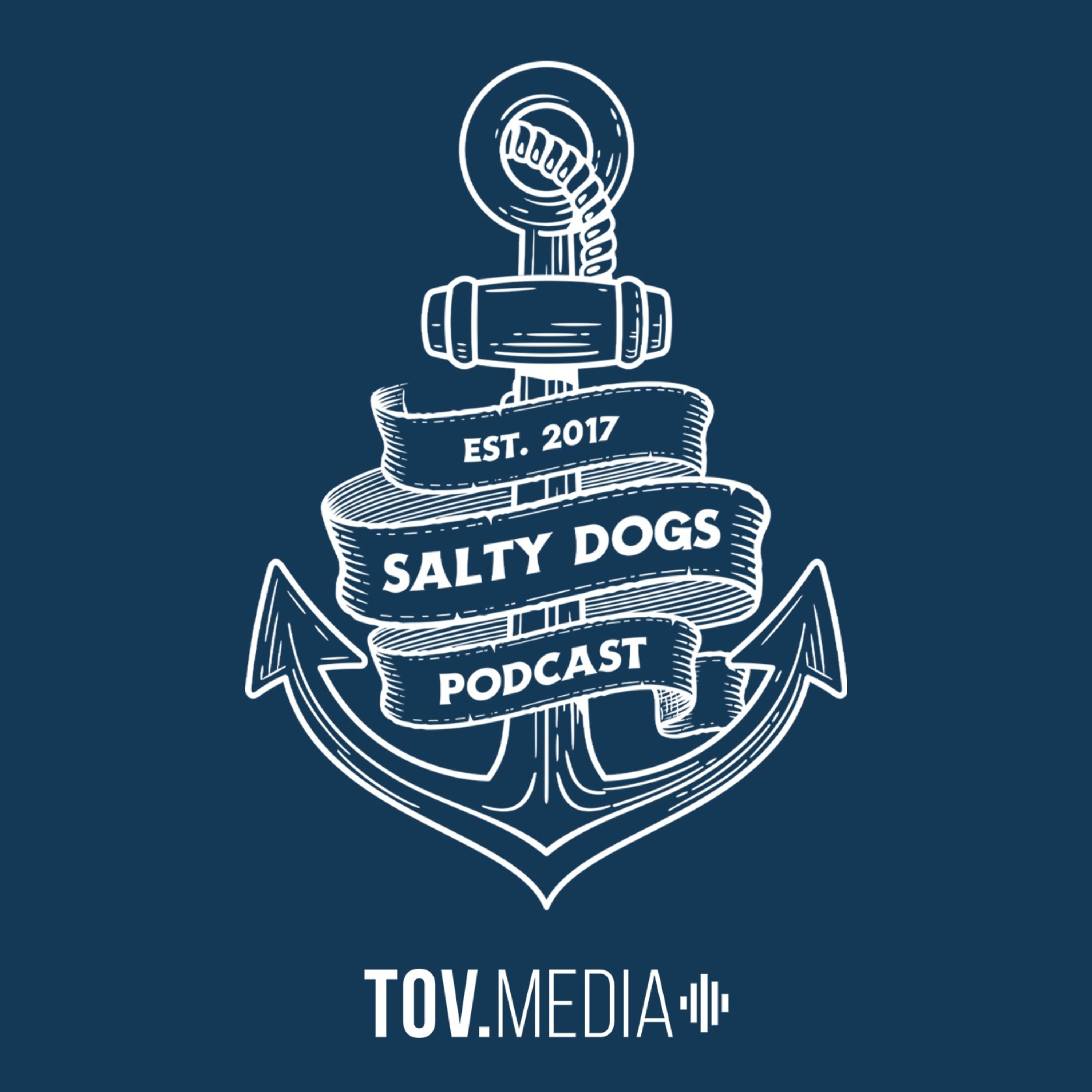 Do Emotional Experiences Always Equal God Moving In One's Life?
By ‎Salty Dogs Christian Podcast
It might sound harsh to ask, but we're very curious. At least enough to have a conversation about it. When people get emotional in a spiritual environment, does it always mean that God is at work in them? Listen, we've cried too in church, so we're not knocking it. We're just asking questions and ha
Add to Playlist
Share

Ep127 "Stop Struggling" is different than teaching calm.
By Creating Great Grooming Dogs
This week we'll talk about how waiting for a dog to stop struggling is different than working toward Calm, Comfortable, and Cooperative. --- Send in a voice message: https://anchor.fm/creatinggreatgroomingdogs/message
Add to Playlist
Share

Episode 8 - Old Dog Of War
By Old Dogs
A big splash to kick-off Season 2 of the Old Dogs podcast, Ollie catches up with Australian rugby legend & former Wallabies vice-captain Berrick Barnes to discuss the new tricks that the old dogs of professional sport have to learn to keep themselves solvent and sane.
Add to Playlist
Share 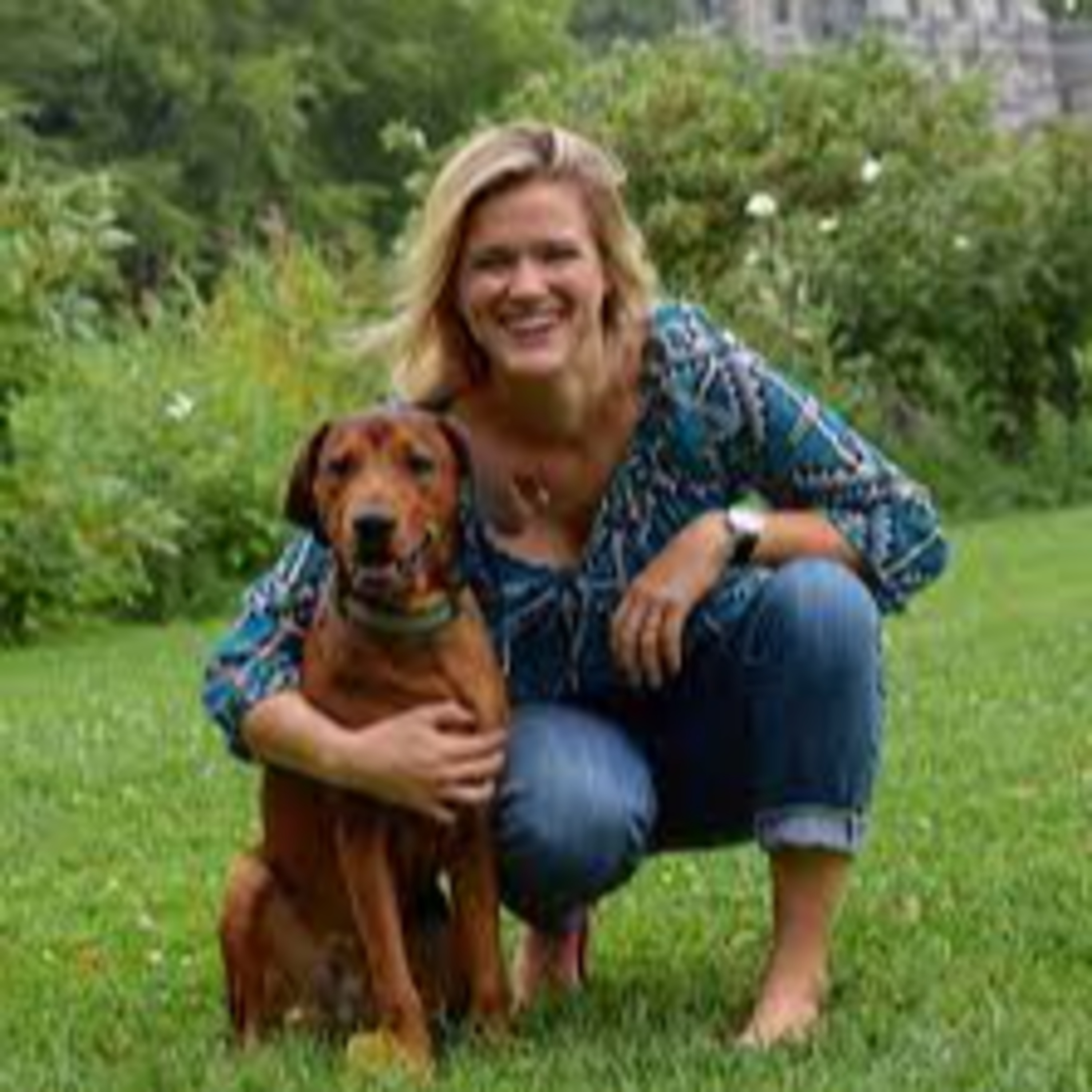 Dog Trainer (and NYC small biz owner!) Amanda Gagnon on parenting using behavior modification techniques learned from working with dogs
By School For The Dogs Podcast - Dog Training & Animal Behavior with Annie Grossman
As far as Annie knows, there is only one other female-owned dog training storefront in Manhattan: Amanda Gagnon Dog Training. Both Amanda and Annie also have toddlers. Annie reached out to Amanda, whose daughter is a couple years older than Annie's, for advice on how to approach parenting in a rewar
Add to Playlist
Share

Ep126 Some Examples From My Week
By Creating Great Grooming Dogs
This week I'll talk about a few dogs that I worked with this week and give you some examples of how I handle things. --- Send in a voice message: https://anchor.fm/creatinggreatgroomingdogs/message
Add to Playlist
Share

Where Does Inspiration Come From and Raccoons Robbing Banks
By Dogs Are Smarter Than People via Anchor
A lot of writers go around saying that they can’t find anything to write about. Ideas are everywhere; I promise. Just this week there was a headline on theslate.com that read, “Two ‘masked bandits’ raid California bank, and they didn’t want money, officials say.” The masked bandits were actually rac
Add to Playlist
Share

No. 56: "My Infrastructure Needs an Upgrade!"
By ‎New Tricks for Old Dogs
The Old Dogs take on the infrastructure mess... commonly misused phrases... how wine ages in space... commentary from our Chief Aging Officer... new enthusiasm for VHS tapes... better to be locked up than locked down. The Old Dogs have a conversation with TED WEISGAL, lately famous for his Leisure L
Add to Playlist
Share 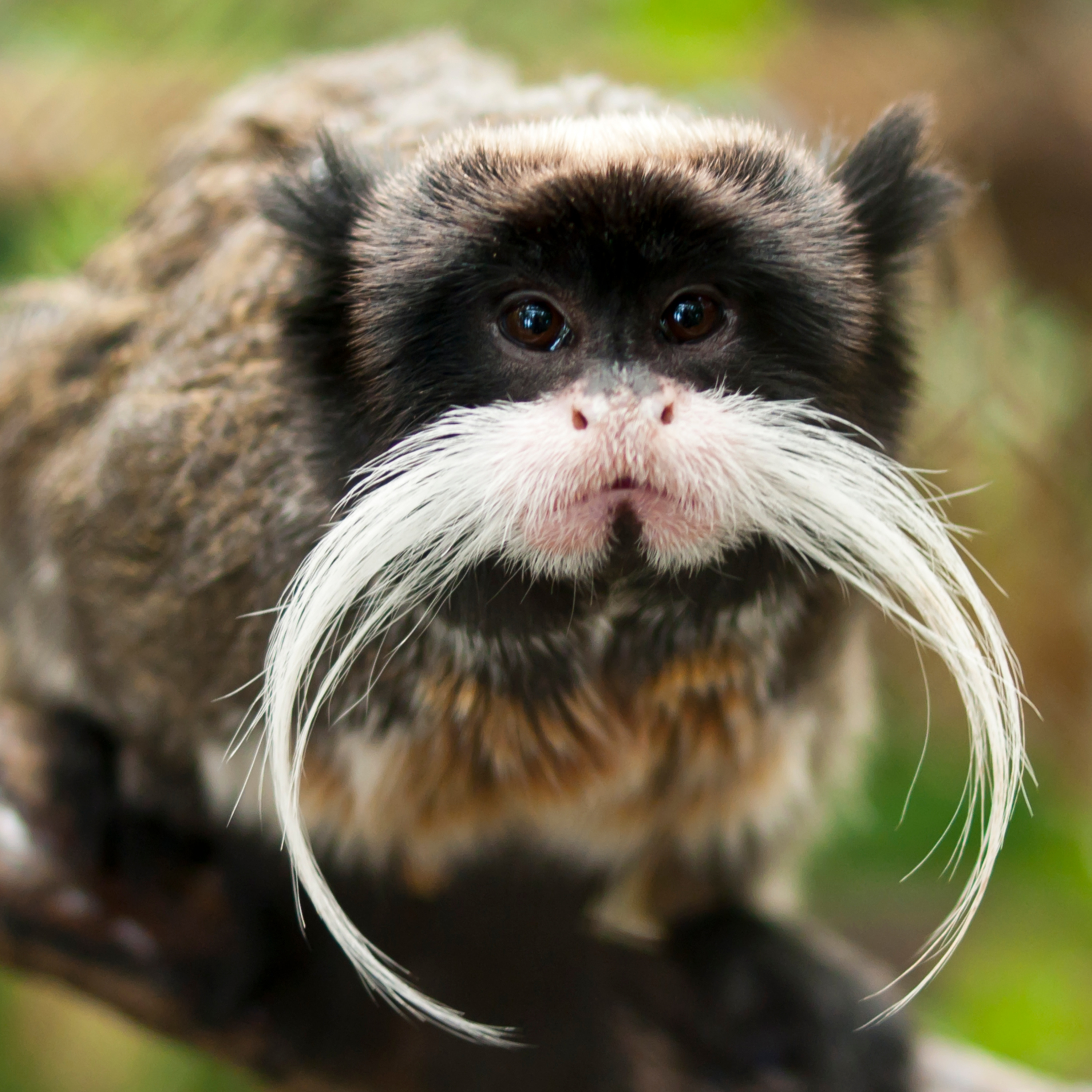 Humans, and other mammals, can die from a broken heart: Annie reads "Dr. House, meet Doctor Doolittle" from Zoobiquity
By School For The Dogs Podcast - Dog Training & Animal Behavior with Annie Grossman
Following a tragic loss in her family this week, Annie, worried about how the death will impact the health of her grief-stricken loved ones, remembered the first chapter from the 2012 book Zoobiquity, on the potentially-fatal heart condition that was discovered separately by veterinarians and by hum
Add to Playlist
Share 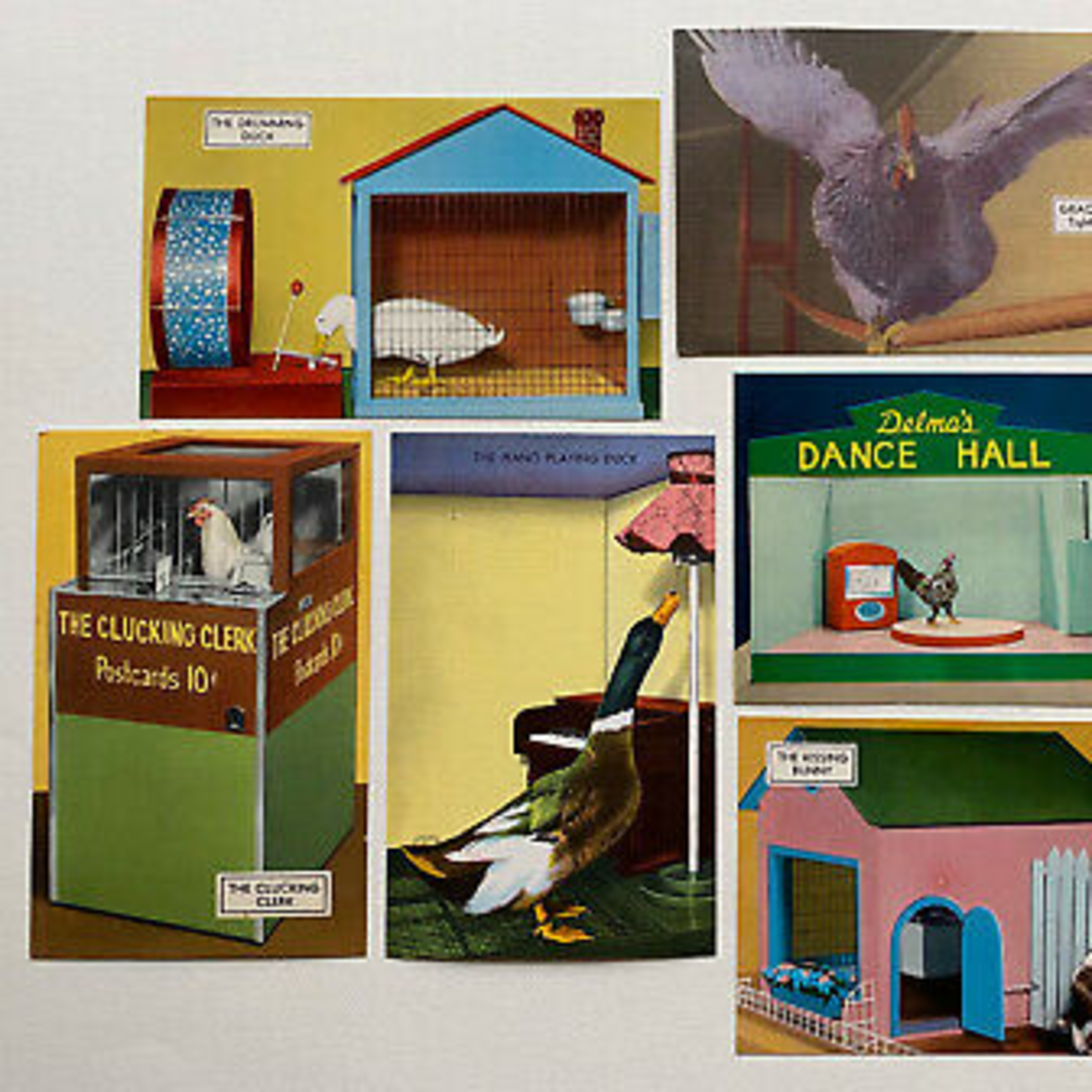 The Misbehavior of Organisms: The Brelands' Impactful Article on "Instinctive Drift" (Plus: Reminder about this weekend's special film screening with Bob Bailey!)
By School For The Dogs Podcast - Dog Training & Animal Behavior with Annie Grossman
This weekend (Saturday April 24th at 4PM ET) we are hosting a screening of the short film Patient Like The Chipmunks, by Drs. Bob Bailey and Miriam Breland-Bailey, followed by a conversation and Q and A session with Dr. Bailey himself. In advance of this event, Annie has recently read aloud so
Add to Playlist
Share

The Misbehavior of Organisms: The Brelands' Impactful Article on "Instinctive Drift"
By School For The Dogs Podcast - Dog Training & Animal Behavior with Annie Grossman
This weekend (Saturday April 24th at 4PM ET) we are hosting a screening of the short film Patient Like The Chipmunks, by Drs. Bob Bailey and Miriam Breland-Bailey, followed by a conversation and Q and A session with Dr. Bailey himself. In advance of this event, Annie has recently read aloud so
Add to Playlist
Share

The Five Senses of Farts, Dangerous Croissant Animals, and Random Writing Tips About Settings
By Dogs Are Smarter Than People via Anchor
he smell of a really bad fart at a sleepover. The sound of giggles after someone has been dutch ovened at that same sleepover. The touch of a Dorito on your tongue. The sight of Godzilla’s leg outside your window. The five senses are so important in your story. Those details yank readers into the na
Add to Playlist
Share 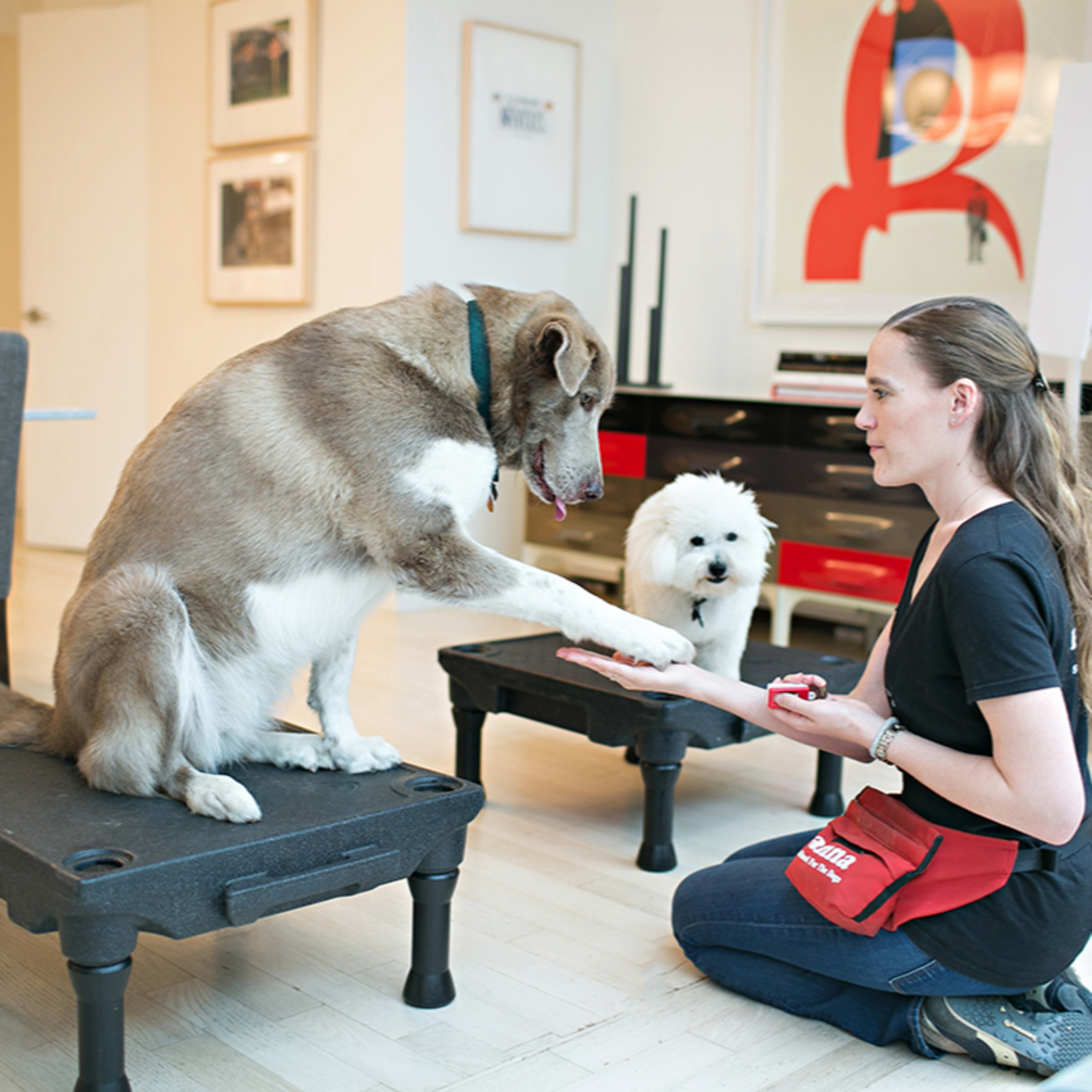 Bonus: Become a dog trainer with School For The Dogs! Annie answers questions from a listener considering a career in dog training
By School For The Dogs Podcast - Dog Training & Animal Behavior with Annie Grossman
School For The Dogs is currently taking applicants for its six month Professional Course, which begins June 1! In this episode, Annie responds to a listener who is interested in becoming a dog trainer, but is worried that she may end up in a program that is a scam... She describes the evolutio
Add to Playlist
Share