Your changes have been saved
All Audio Reviews 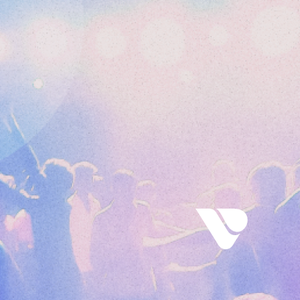 The Popcast With Knox and Jamie
Share
station description A weekly pop culture podcast seeking to educate on things that entertain, but do no... read more

Watch What Crappens
Share
station description A daily podcast that revels in all things Bravo (and beyond!). Join Ben Mandelker a... read more

Netflix 'N Swill
Share
station description Netflix has so much content that it’s hard to sift through all of it. Every single ... read more 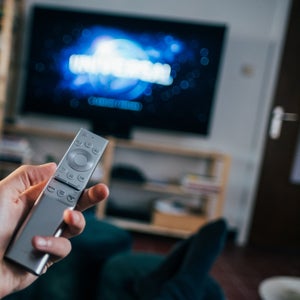 12:43:52
Podcast Reviews Of HBO's Lovecraft Country
By Vurbl Entertainment: Movies, TV & Events
331 followers
HBO's new horror drama Lovecraft Country premiered in August 2020. Since then, people can't stop talking about it. Based on Matt Ruff's 2016 novel by the same name, this show transports you back to the 1950s during Jim Crow's America. Atticus Freeman, Letitia, and Atticus' Uncle George road trip across America to find his father. During their journey, they must survive the racists of white America and the monsters that are out to get them. Below is a compilation of multiple podcasts for anyone that may want a deeper dive on episodes from the show.
Share 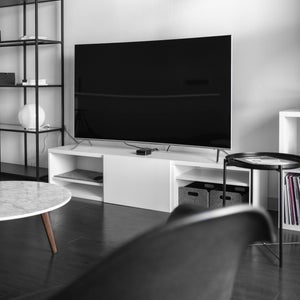 22:10:37
Get Gruesome: Audio Reviews of The Boys
By Vurbl Entertainment: Movies, TV & Events
331 followers
Tune in to hear the compilation of reviews for one of the most popular and gruesome TV Shows on Amazon: The Boys. This series takes your conception of heroic, noble superheroes and flips it on it's heads to show you the dark underbelly of the crime-fighting business. Typically seen as benevolent gods, The Boys features a the side of superheroes that are more arrogant, self-centered, and corrupt, and a group of vigilantes set on combatting them. This comprehensive playlist includes a review for every episode of The Boys to satisfy your off-season fix.
Share 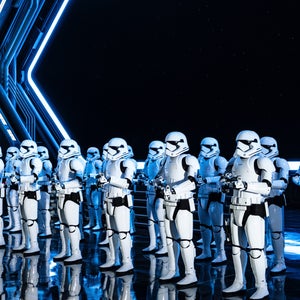 01:09:23
Podcast Reviews for Classic Sci-fi Films
By Vurbl Entertainment: Movies, TV & Events
76 followers
Listen to a collection of passionate and enthusiastic podcast reviews for timeless sci-fi films that defined the genre and generations of movie-goers. It's never to late to reminisce on movies that imbue you with a sense of nostalgia. Inspire your sense of wonder with sci-fi movies stocked with technology and innovations perhaps too far fetched for today, but still grounded in reality enough fuel our fascinations. Join the dedicated fandoms sparked from these blockbuster films and hear these geeky, and usually enthusiastic, reviews for the genre of the future.
Share

01:14:54
Loki Absolutely Goes Down Like A Hero Does, Batman!
By All Queued Up Podcast
Gregg, Betty, and Maya return this week to bring you their opinions on episode 2 of Loki, streaming now on Disney Plus. Afterwards, Betty covers regional news station comments from Facebook and Gregg and Maya have to guess what the article is in reference to. And in case you missed it, there is a co
Add to Playlist
Share

53:20
54 - Comics - Boom! Studios - Mighty Morphin’ Power Rangers Beyond the Grid!!
By From the Command Center
It is time for a CROSSOVER episode! In Episode 416 of The Pull Bag and Episode 54 of From The Command Center Mike and Jesse enter the world of Boom! Studios’s Power Rangers comic! That’s right we are continuing the MIGHTY MORPHIN POWER RANGERS coverage by reviewing the BEYOND THE GRID storyline. Thi
Add to Playlist
Share

01:52:38
53 - Comics - Boom! Studios - Mighty Morphin’ Power Rangers Shattered Grid!!
By From the Command Center
It is time for a CROSSOVER episode! In Episode 415 of The Pull Bag and Episode 53 of From The Command Center Mike and Jesse enter the world of Boom! Studios’s Power Rangers comics! That’s right we are continuing the MIGHTY MORPHIN POWER RANGERS coverage by reviewing the SHATTERED GRID storyline. Thi
Add to Playlist
Share

14:24
EP 5 OF WANDAVISION
By LET'S TALK MOVIES
This is me ranting about ep 5 y'all ❤ Enjoy
Add to Playlist
Share

01:01:55
To be continued...
By Trash Talk
#51: On today's episode, we share the story of how we met and fell in love at first sight. Just kidding, but we do share how we may or may not have ever met and become best friends without our mothers. We dive into what it takes to make a long-distance friendship work and share some advice for anyon
Add to Playlist
Share

41:11
Ep 67: 2020 - Rifkins Festival *Discussion*
By The Woody Allen Retrospective Podcast
On this recording we are back to actually talk about a new Woody Allen movie release... yeah.. he's still at it :P - i know right haha   Also, we say a sincere farewell to our original co-host who start out with us on this journey: Simon Rad :(   Simon, who has decided (in a conversation off mic
Add to Playlist
Share

58:29
Season 3 Episode 9: Demons
By Butcher Block Horror Podcast
You thought you were gonna watch a movie with a streamlined plot didn't you? Welp - You get a deliciously gooey and gore filled festival of frights instead. We're here to discuss Demons. You have been warned!   For the month of June, Brainworms Presents and Count Kainula's Castle of Darkness are r
Add to Playlist
Share

01:53:41
Star Wars: Episode VI - Return of the Jedi (That D+ Show Ep. 77)
By That D+ Show
We wrap up the original Star Wars trilogy this week as we dive into Return of the Jedi in our Summer of Star Wars. Support on Patreon: patreon.com/thatnerdysite Follow the Nerds: Trevor: @TrevorJStarkey Logan: @LeftyLoggy Cameron: @RevCabbott Frank: @IrrelevantJokes That Nerdy Site: @thatnerdysite
Add to Playlist
Share

06:05
In The Heights
By 3 Minute Movie Reviews
The brand new musical, "In The Heights" (2021), based on the popular Lin-Manual Miranda Broadway musical, is currently rated at over 95% on Rotten Tomatoes. So how did Michael manage to argue that this was a bad movie? Listen to the review from Kim and Michael, and see who did a better job saying th
Add to Playlist
Share

01:07:28
Lynn Shelton with Bechdel Test Fest
By 90 Minutes Or Less Film Fest
Sam Clements is curating a fictional film festival. He'll accept almost anything, but the movie must not be longer than 90 minutes. This is the 90 Minutes Or Less Film Fest podcast. In a very special episode 65, Sam is joined by Corrina Antrobus, Beth Webb, Steph Watts and Caitlin Quinlan from Who
Add to Playlist
Share

28:02
E4 Messin' With Media: Dark Forces
By Extreme Movie Reviews
Join me as I rate, rank, and review 5 titles from recent media that I&apos;ve watched. On the slate today is:The Woman in the WindowShadow & BoneStowawayTom Clancy&apos;s Without Remorse&Jupiter&apos;s LegacyYou can reach me directly at MillennialsReviewMedia@gmail.com or follow me on twitter @Extre
Add to Playlist
Share

02:15
Those Headband 80s Colorful Ninjas
By The Bronx NY Horror Reviewer
Re-relase from my 2nd podcast show as I talk about those 80's ninja movies that be having those headband with ninjas on them.
Add to Playlist
Share

01:20:49
Ep. 146 - In the Heights
By Some Like It Scott
Welcome everyone to an all new episode of Some Like It Scott! On this week's episode, the two Scotts celebrate Latinx culture in uptown New York's Washington Heights in the John M. Chu-directed, Lin-Manuel Miranda-created musical, IN THE HEIGHTS. After giving their thoughts on this adaptation of Mir
Add to Playlist
Share

16:26
Bonus Episode: Cruella is In The Heights of Willy's Wonderland
By Cinema Recall
Short reviews of 3 movies I saw in either theaters or at home last week In The Heights Cruella Willy's Wonderland Closing Song Digital Versicolor by Glass Candy --- This episode is sponsored by · Anchor: The easiest way to make a podcast. https://anchor.fm/app Support this podcast: https://an
Add to Playlist
Share

01:20:57
Thunderbirds
By How D'Ya Like Me Now?
5, 4, 3, 2, 1! We're back with a Father's Day special packed full of puppetry, peril and Parker impressions for THUNDERBIRDS! Listen along as we get into the visionary splendour of Gerry Anderson's masterpiece from the shady past of Jeff Tracy to the Hood's unnecessary disguises and the pointless at
Add to Playlist
Share