Your changes have been saved
All Audio Sports & Adventure Wrestling

Last Minute Wrestling Podcast
More info
description
The Last Minute Wrestling Podcast is a show focused on the business side of pro-wrestling. Each week host Francesco “Frank” Mandolini facilitates interviews with professionals working with, within, and around the wrestling industry. From actual competitors to producers, composers, makeup artists & more. ...Read More

‎The Tristen Law Show
Share
station description Listen up to Tristen Law as he introduces you to the personalities in and out of th... read more 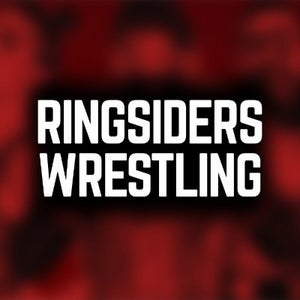 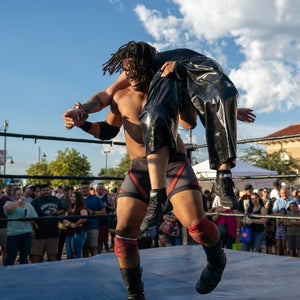 09:53:41
The Best Wrestling Podcasts Picked By Conrad Thompson
By Vurbl Sports, Iconic Athletes & Unforgettable Championships
528 followers
Wrestling super fan Conrad Thompson brings us his five absolute best wrestling podcasts. Start listening below to selected episodes of Corad Thompson's own podcast Something To Wrestle, as well as the best episodes of What Happened When, The ARN Podcast, 83 Weeks and Grilling JR. Thompson's playlist takes you on a nostalgic trip back to the 80s up to present day developments in pro wrestling and wrestling podcasts. Want more wrestling podcasts? Create a Vurbl account and subscribe to these shows and more.
Share 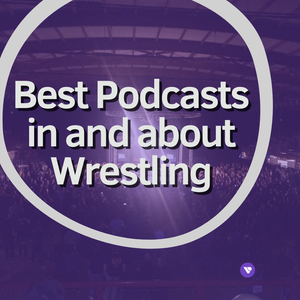 06:07:06
Best Podcasts in and about Wrestling
By Last Minute Wrestling Podcast
The wrestling podcasts landscape is getting wider by the minute, that’s why Vurbl is offering you a playlist to listen with some of the best wrestling podcasts you do not want to miss. From the king of the interviews Chris Van Vliet, to the first person memories told directly by the Olympic Gold Medalist himself Kurt Angle, to the news of Cultaholic and Fightful, to some of the best up and comers of the indie podcasting world such as the Ringsiders Podcast from England, the diverse point of views of A Wrestling Gal and The Tristen Law show, to the business perspective provided by the Last Minute Wrestling Podcast and many more, those are the Best Podcasts in and about Wrestling. Enjoy the listen!
Share 01:47:40
Run For the Rubies Finals
By The House Show
That’s right fans, we have finally reached the end. There will be many sad endings tonight but a new beginning is on the horizon. Over the course of these two episodes, a new GLOW champion will finally be crowned. Cheyenne Cher, Godiva, and Roxy Astor remain. Which one of these three women will win
Add to Playlist
Share
02:43:46
Episode 113: Terry Funk
By Grilling JR
On this episode of Grilling JR, listen as JR and Conrad discuss the career of Terry Funk! Terry turns 77 next Wednesday, June 30th, and what a way to celebrate it by discussing his career - including working for his father in Amarillo, travelling to Japan, becoming NWA champion, his "I Quit Match wi
Add to Playlist
Share 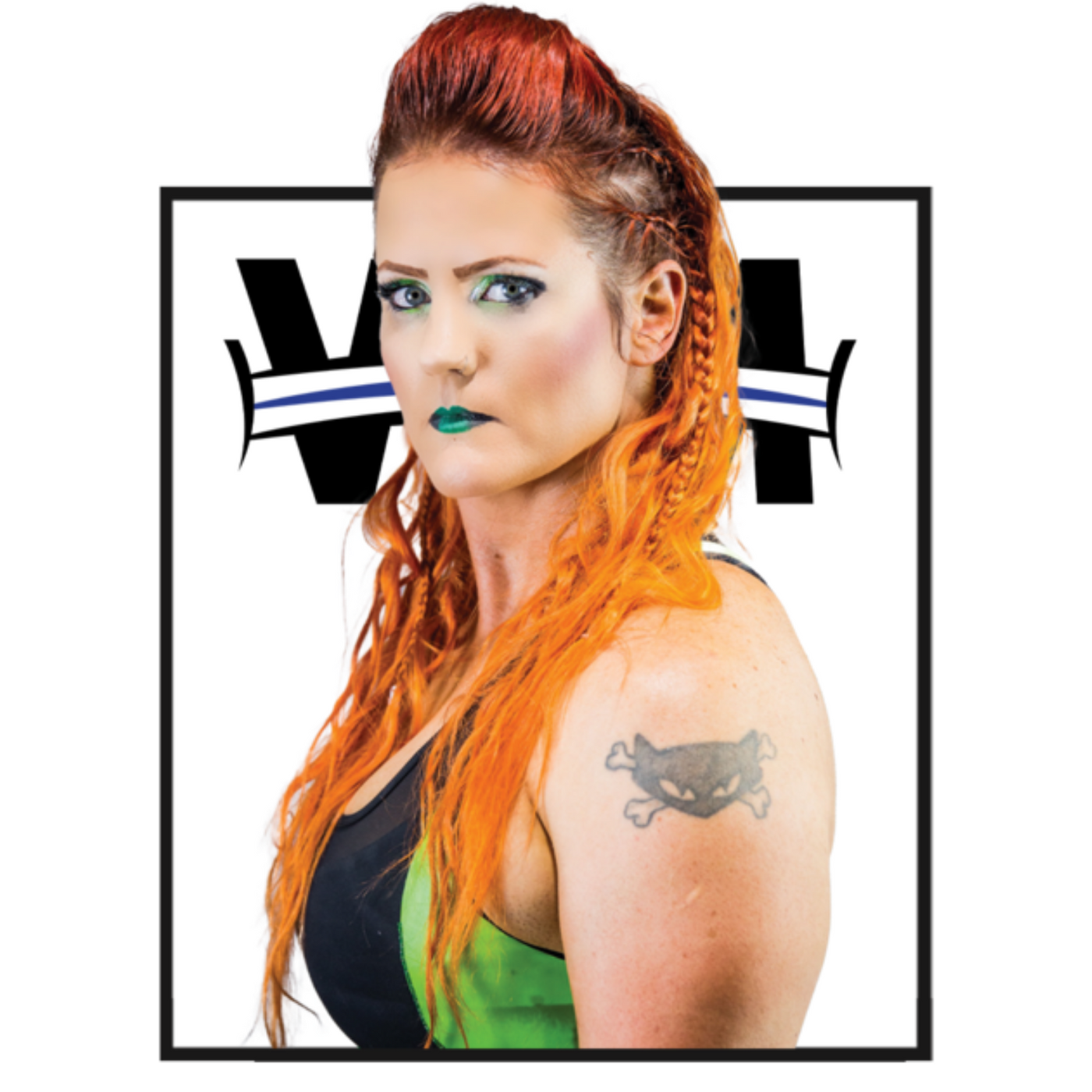 01:05:54
Chanel Phoenix joins us and chats to the team
By On the Turnbuckle
This week we are joined by rising star Chanel Phoenix, Chanel discusses her intense workout regime and seeing results inside and outside the ring.We celebrate Tony's birthday and Eleni joins us with some news and we also discuss some topics of interestGavin McGavinNXTAlexa BlissSponsorsAustralian Wr
Add to Playlist
Share

01:02:19
The 3 Points Signing Off
By The 3 Points of Articulation Podcast
In this episode the 3 Points guys discuss signed wrestling memorabilia and what their views are.  plus your usual favourite segments.
Add to Playlist
Share

49:33
Ring of Thunder episode 68 - Another Hell In A Cell, Oh Well, Could You Tell?
By The Ring of Thunder
October in June, but its just Hell In A Cell.  Another look into the upcoming AEW game!  Samoa Joe returns!  Which night is he making even more awesome?  Sexy Thor starts rambling a little bit(what else is new), this time about Money In The Bank 2018. #esonetwork #thunderverse #SexyThor4UUDD #SexyT
Add to Playlist
Share

36:02
Episode 43: Power Vested In Me Brother
By The Leisure and Lariats Podcast
On This week's episode i discuss my return to Reality of Wrestling after 6 months away, my experience being an officiant for a good friends wedding and more! Also some EXCITING new segments being introduced for the podcast that are coming soon!   Book of The Week: The Art of Taking Action; Lesson
Add to Playlist
Share

01:11:15
S2 Ep.86: NXT of June 22nd, 2021
By Outside The Ropes with Jonah Rivera
NXT changed last week with the arrival of Samoa Joe as William Regal's enforcer. The Samoan Submission Specialist demanded respect from the roster and brought some order to the chaos. The first order of business was to deal with the animosity between Kyle O'Reilly and Adam Cole. The two will fight
Add to Playlist
Share

01:15:23
S2 Ep.85: Monday Night RAW of June 21st, 2021
By Outside The Ropes with Jonah Rivera
Sunday's Hell in a Cell pay-per-view didn't feature any titles changing hands, but it did see one Superstar lose his ability to challenge for the WWE Championship for the foreseeable future. When Drew McIntyre lost to Bobby Lashley inside Hell in a Cell, he also lost any right to fight for the belt
Add to Playlist
Share

01:29:31
S2 Ep.84: Hell In A Cell 2021
By Outside The Ropes with Jonah Rivera
Hell engulfed the squared circle Sunday night as WWE presented Hell in a Cell, a pay-per-view headlined by the latest and, hopefully, final showdown between Drew McIntyre and Bobby Lashley. Did the WWE champion successfully defend his title or was The Scottish Warrior able to earn title No. 3? Wha
Add to Playlist
Share

02:08:08
Dirt Sheet Radio: a Wrestling Podcast
By Dirt Sheet Radio: a Wrestling podcast
Jon, Nick and Greg are all going to HELL... They're also gonna discuss WWE's Hell in a Cell weekend! Join the guys this week as they discuss in depth: All the Hells in many Cells USA/Comcast vs Fox 50/50 Booking. Is it always a detriment or can it be helpful if utilized properly? When does heel heat
Add to Playlist
Share

01:09:40
Row 1 Seat 1: Episode 55
By Place to Be Nation Wrestling
Ben welcomes ring announcer/color commentator extraordinaire Emil Jay to the show this week! Ben and @theemiljay discuss Emil's long love of wrestling, especially his fondness for the year 1995. Emil then goes into the difference between ring announcing and commentary, the Northeast indie scene of t
Add to Playlist
Share

49:15
With This Ring #21: Cactus Jack
By Place to Be Nation Wrestling
In a fresh episode of With This Ring, Ryan and Cindy look at the WCW career of the one and only Cactus Jack. They look at his uninspiring early WCW run, his return as a monster heel, his birthday cake eating skill and his feud with Sting. The duo also talk about Cactus turning face and his brutal fe
Add to Playlist
Share

50:19
Bret Hart vs Owen Hart: Summerslam 1994
By Getting Networked
We step into the cage with Bret and Owen, and bring Flamin Hot snacks with us on this week&apos;s episode!
Add to Playlist
Share

01:10:53
The Korean Zombie returns, PLUS Anderson Silva turns back the clock
By The Brit Pack with Simon and Sandhu
On this week’s episode of The Brit Pack, we look back at UFC Fight Night at the UFC Apex, as “The Korean Zombie” Chan Sung Jung showed his class and put himself right back in the title mix at 145 pounds.We run down the card and highlight the top performers of the night in Las Vegas, before chatting
Add to Playlist
Share