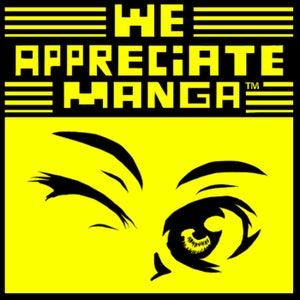 The conclusion to the Motorball arc where we see lots of CONTENT WARNING violence and the first example of gratuitous nudity in the cyberpunk manga; interestingly it's not from Alita! Skip synopsis @ 4:31 Email: WeAppreciateManga@Gmail.com   069: Battle Angel Alita vol. 4 Chapters 18 to 22 ‘Martial
Category: Animation & Manga
Publish Date: Oct 02, 2021
Tagged in this Audio:
More
Jump to Full Description
Snippets are a new way to share audio!
You can clip a small part of any file to share, add to playlist, and transcribe automatically. Just click the to create your snippet!
Snippets: Clips of 069: Battle Angel Alita vol. 4 that people like

There are currently no playlists containing this audio.
Add this audio track to one of your playlists
Add to Playlist
Up Next
Full Description
Back to Top
The conclusion to the Motorball arc where we see lots of CONTENT WARNING violence and the first example of gratuitous nudity in the cyberpunk manga; interestingly it's not from Alita! Skip synopsis @ 4:31 Email: WeAppreciateManga@Gmail.com   069: Battle Angel Alita vol. 4 Chapters 18 to 22 ‘Martial Ball’ (a.k.a. “Head Banger’s Ball in some translations) and ‘Ars Magna’ By Yukito Kishiro Translation by Stephen Paul Lettering by Scott Brown   Synopsis Out on the Gregory circuit, Alita looks to find new members to build her team. She works her way through every battle on the track and earn her self some allies in the coming battles. In the meantime, Ido has his own confessions and concerning situation with Jasugun, which questions his loyalty to the champion, or to Alita, the daughter which he never had. Topics The humour of Alita, Kishiro maybe using a venn diagram whilst plotting the story beats so to help him transition between scenes in the least emotionally jarring way possible, or perhaps through intuition he is a master at tone, balancing humour with nrutality. Tiegel being comic-relief and allusion to the tortoise and the hare fable. Action scenes, particularly Zafal being underwhelming in her last scene and Jasugun’s last stand. The flashback scene being the boon that Alita acquires. Through Motorball she evokes her warrior spirit and finds herself again. That infamous shower scene with Shumira is noteworthy since it’s the first case of gratuitous nudity within the run of the manga, more so interesting since Alita as the main character and is never sexualised to such an extent if any. The pacing of this scene has it wedged in between the exchange that Ido and Jasugun have. Desty Nova. Other references The character Zafal is physically based on Grace Jones. Tabasco sauce, a popular brand of chilli pepper sauce, Tiegel drinks it to get his boost in the Motorball race. Agoraphobia, a real-life phenomenon in regards to those with social anxiety disorders. Facebook - facebook.com/weappreciatemanga/ Instagram –  weappreciatemanga.co.uk   Twitter -   @RealJamesFitton Website – Weappreciatemanga.com Email – Weappreciatemanga@gmail.com
Up Next
Popular Playlists
Best Yoga Podcasts: Listen & Learn New Poses Sour Shoe's Greatest Moments on The Howard Stern Show Listen to: Top 15 Funniest Barack Obama Quotes 9 Game Design Podcasts Every Game Designer Needs to Hear 7 Podcast Episodes About The Golden State Killer That Will Keep You Up at Night David Parker Ray & Shocking Audio of the Toy Box Killer You Need to Hear Best UFO Podcasts That Will Abduct Your Mind Controversial Joe Rogan Experience Episodes Audio Wack Packer Beetlejuice Best Moments on The Howard Stern Show Best NoSleep Podcast Episodes To Terrify You Sexy ASMR Audio to Turn You On
Popular Categories
ASMR Business & Tech Cannabis Fashion & Beauty Gaming History Home & Garden Kids & Family Spirituality Travel
Add to playlist
New playlist