From Audio: #456: The Power of Myth — The Hero’s Adventure with Joseph Campbell and Bill Moyers 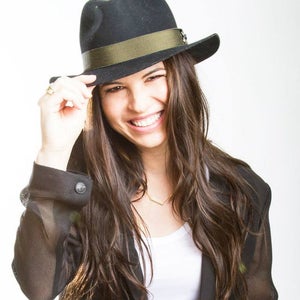 There are currently no playlists containing this audio.
Add this audio track to one of your playlists
Add to Playlist
Up Next
Full Description
Back to Top
This is award winning
Transcripts
Back to Top
you've only going to death and resurrection. You put on the uniform. You're another creature. Eso Does terrorism have a moral objective? Model? Objective is that of saving. A People are saving a person or saving an idea. He is sacrificing himself for something. That's the morality of it. Now you, from another position might say that something was something that should not have been realized. You know, that's the judgment from another side, but it doesn't destroy the heroism of what was done. Absolutely not. Well, that's a different angle on heroes than I got when I was reading a zey young boy. The story of Prometheus going after the fire and bringing it back and benefiting humanity and suffering for it. I mean, Prometheus brings fire to mankind and consequently civilization. That's, by the way, a universal theme. The hero, the fire fire theft theme with a usually with a relay race after it. Often it's, uh, Blue Jr Woodpecker or something like this, that, uh, steals the fire and then passes it on something else and something else. One animal after another and they're burned by the fires as they carrying it on. That accounts for the different colorings of animals and so forth. Um, it zey worldwide myth, the fire theft. Do these stories of the hero vary from culture to culture? Well, it's the degree of the illumination that our action, that base in different there is a typical early culture hero who goes around slaying monsters. Now that is in the period of history, when man is shaping his world out of a wild, savage, unshaved world. It has another shape, but it's not the shape for man. He goes around killing monsters, so the hero evolves over time, like most other concepts and ideas and, well, he evolves as the culture evolves. Now, uh, Moses is a hero figure in his ascent of the mountain is meeting with IAVE on the Summit of the mountain and coming back with the rules for the formation of a whole new society. That's the hero act departure, fulfillment return, and on the way there are adventures that can be paralleled also in other traditions. Now the Buddha figures, like that of Christ off course, 500 years earlier, you could match those two traditions right down the line, even to the characters of their apostles of their monks priced. Now there's a perfectly good hero deed formula represented there, and he undergoes three temptations. Theo. Economic temptation Where the devil says You look hungry young man changed the stones to bread, she said. Man lives not by bread alone, but every word from the mouth of God. Next we have the political temptation. He's taken to the top of a mountain on, shown the nations of the world and says, You can come into control of all these. If you bow to me on then now you're so spiritually Let's go up to the top of Herod's Temple and see you cast yourself down on the God will bear you up and you won't even breathe. Bruce, your heels. So he says, you shall not tempt the larger God. Uh, those are the three temptations of Christ, uh, in the desert. A Buddha also goes into the forest, has conferences with the leading gurus of the day goes past them, comes to the bo tree, the tree of illumination, undergo three temptations. They're not the same temptations, but they're three temptations and one is that of lust. Another is that of fear on another. Is that of social duty, doing what you're told, and then both of these men come back and they choose disciples who helped them establish a new way of consciousness in terms of what they have discovered there then.
Up Next
Popular Playlists
Best Yoga Podcasts for Experienced Yogis & for Beginners (Audio) Sour Shoe's Greatest Moments on Howard Stern Listen to: Top 15 Funniest Barack Obama Quotes 9 Game Design Podcasts Every Game Designer Needs to Hear 7 Podcast Episodes About The Golden State Killer That Will Keep You Up at Night David Parker Ray & Shocking Audio of the Toy Box Killer You Need to Hear 8 UFO & Aliens Podcasts That Will Abduct Your Mind Audio Cheat Sheet To The Sexy Liberal Podcast Network Controversial Joe Rogan Experience Episodes Audio Wack Packer Beetlejuice Best Moments on The Howard Stern Show 12 Best Episodes of the NoSleep Podcast to Keep You Up at Night
Popular Categories
ASMR Business & Tech Cannabis Fashion & Beauty Gaming History Home & Garden Kids & Family Spirituality Travel
Add to playlist
New playlist