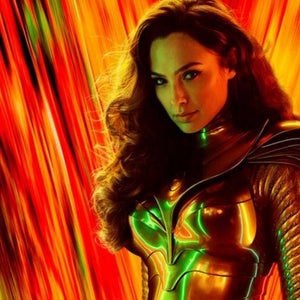 Wonder Woman 1984 Reviews In Audio
01:56:04 12/21/20 9 audios
Up Next
Full Description
Back to Top
I'm back? Maybe? Lol. Here's a semi-spoilery review of Wonder Woman 1984! This is also a little update episode on what I have been up to and where I am taking this podcast next. Sorry about the audio quality, I'm recording in my living room instead of my usual room. Hope you all are doing okay out there in the big wide world! Sending you all my best wishes for a great week ahead x
Transcripts
Back to Top
Yeah, but yeah, like I'm So when the news of the sequel was announced, I was so glad because they said that No, the main crew is coming back. A Zen like, good thought. Um, Chris Pine and Petty Jenkins. And I was so happy to know that Robin Wright and Connie Nielsen were coming back. Thio reprise their roles as well. We're going to get like, like, you know, all these like moments e when the first trailer dropped, that was just so high, because, I mean, you can't do a movie set in the eighties and not have a trailer with new orders, like a blue monetary right here. It So, um yeah, like I was vibing of it. I was down of it. I was ready for it. And yet none of it could have prepared me for this experience. Um, because one of the main things that I was looking forward to was the fact that I wanted to know where you know the the main crew from the first movie end up. So, like, you know, Chief, um, you know, at all of them, I just want to know where they are. Ended up and we got to see it in, like, the little pictures in the beginning, Um, we saw what I think was Charlie's wedding. Andi way got to see ETA in her old age, coming to New York and still friends with with Diana, which I found so lovely and so sweet. Andi, you know, like I thought was one of the main things about the first movie that made me endeared me to it so much. Oh, I'm just so glad to know that they had a friendship through three years on Diana was in your lives that she did in distance herself from Hm, And they remain friends. And I think that just that just warms my heart to know that she had that with, um and yeah, like, I don't need a lot of wonder woman had fictions, but I'm pretty sure that's there is definitely a few out there, and I'm going to seek amount, um, or even many of them where Diana remains in their lives. And I I'm just so glad to see that, you know, like, I'm so happy to know that she wasn't truly, truly alone. She had, um she had people who knew wish what she went through and what it meant for her. And I'm glad. I'm just I'm truly glad. Um, yeah, like I love how they paid off. Like this is gonna be a long it. But I love how they paid off some of the more iconic moments off the first film that made it so lovely. Um, for me, for many people who loved it likely thing especially like the jumping right into it. Stephen Diana's union. Because from the moment Chris Pine was announced as coming back as Steve Trevor, I think we were all looking forward to the moment the one that tries couple were finally reunited. And it definitely delivered that moment in spades because they are re union. Onda punctuated by the last moment they had together on the airfield like I cried during the reunion, and it was just this one circle, like 3 60 shot off them on. And you know, Steve, repeating that line. I wish we had more time together to get her attention, Andi. And then there were that it was that moment of them dancing as they walked together, um, at Abraham Lincoln statue, the Potomac. I don't know what it's called. I'm sorry, America. I don't know what it's called. I just know that's like Abraham and goods like statues there because I saw it in X Men first class. So that's how I know. Oh, and, um, Steve, Roger was running, um, jogging with Sam Wilson in civil war. Um, so yeah, like they were there and it's some of it. I couldn't stop smiling throughout this film like I could not This film makes. I think it's just like That's just it for me, you know, Like it brings me so much joy. I'm even smiling about it. Like as I'm talking about it like, it brings me so much joy to be to be talking about Wonder Woman, the Wonder Woman, the first one in the movie and the second one who will be will be and I think, the inevitable third movie. Whenever that comes around
Up Next
Popular Playlists
Best Yoga Podcasts for Experienced Yogis & for Beginners (Audio) Sour Shoe's Greatest Moments on Howard Stern Listen to: Top 15 Funniest Barack Obama Quotes 9 Game Design Podcasts Every Game Designer Needs to Hear 7 Podcast Episodes About The Golden State Killer That Will Keep You Up at Night David Ray Parker & Shocking Audio of the Toy Box Killer You Need to Hear 8 UFO & Aliens Podcasts That Will Abduct Your Mind Audio Cheat Sheet To The Sexy Liberal Podcast Network Controversial Joe Rogan Experience Episodes Audio Wack Packer Beetlejuice Best Moments on The Howard Stern Show 12 Best Episodes of the NoSleep Podcast to Keep You Up at Night
Popular Categories
ASMR Business & Tech Cannabis Fashion & Beauty Gaming History Home & Garden Kids & Family Spirituality Travel
Add to playlist
New playlist