Your changes have been saved
All Audio The Daily

From Audio: The Daily Podcast Audio: The Hunt for the Golden State Killer

An Audio Snippet from the New York Times' "The Daily" Podcast. In this clip. an investigator was on the verge of retirement, having never completed his decades-long mission to catch the Golden State Killer. Then he had an idea: Upload DNA evidence to a genealogy website.
Category: News & Politics Daily News
Upload Date: Jan 04, 2021
Snipped By:
Share 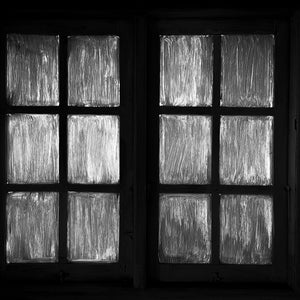 7 Podcast Episodes About The Golden State Killer That Will Keep You Up at Night
06:58:00 8/12/20 8 audios
Up Next
Full Description
An Audio Snippet from the New York Times' "The Daily" Podcast. In this clip. an investigator was on the verge of retirement, having never completed his decades-long mission to catch the Golden State Killer. Then he had an idea: Upload DNA evidence to a genealogy website. Join The Daily Podcast hosts & Paul Holes, who helped to crack the case.
Audio Transcription
in 1994 This newfangled DNA technology was coming into play and it was so much more powerful. Even though this was an early, early form of the technology, it was much better than what we were doing. So I thought, You know, I'm going to see if I can track down some evidence and see if I can use the DNA technology to try to solve this Siri's, since the statute of limitations had past. Usually what happens with law enforcement property rooms is there's a destruction process where they no longer have to hold on to the evidence because the case is done, it's adjudicated. So they go through a routine process of destroying evidence in order to make room. They can't just keep everything forever as a routine aspect. Fortunately, the original investigators and laboratory staff that were involved in this back in the 19 seventies recognized the seriousness of this offender and put nondestructive orders on all East area rapist evidence in the sheriff's property room. Contra Costa County Sheriff's Office is the only agency in Northern California that did that, so that was the only evidence eso I found three sexual assault kits also called rape kits from three of the attacks in Contra Costa County and was able to get DNA evidence from all three cases. At this point, I need to find some suspects to compare to this DNA profile. And that's when I turned to one of the original investigators and see if he had any prime suspects. And what did he tell you? He said, you know, so we didn't have any prime suspects. We always thought that this guy went down to Santa Barbara and, uh, possibly committed an attack down there. May have killed somebody down there. Well, now I kick into investigative mode. So I decided I'm gonna call up Santa Barbara and ask them. I spoke with a detective. They're saying no. You know, none of our cases are related. They don't sound similar at all, But you might want to call up Irvine PD. That detective said Yeah, you know, we've got two cases that we got the same DNA, you know, from the victims. Eso. He referred me to the Orange County Sheriff's Crime Lab to talk to the analysts there about the DNA that she had, but different labs were using different technologies it hadn't been standardized yet. We couldn't do a direct comparison. It took us four years to get the new technology in place. So I ended up assigning a DNA analyst to do the new DNA technology. He did, and a few hours later he walks into my office. Very monotone Way said. So we've matched your samples to some homicides down in Southern California. That seems like a very big deal. Oh, now that's huge. Eso they only knew him down south as theory Journal Nightstalker Mhm. This was a merger of this East Area rapist in Northern California and the original Nightstalker down in Southern California, and he became known as the Golden State Killer.
Up Next
Popular Playlists
Listen to: Top 15 Funniest Barack Obama Quotes Audio: The Best of CBS Radio Mystery Theater 7 Podcast Episodes About The Golden State Killer That Will Keep You Up at Night Sour Shoe's Greatest Moments on Howard Stern Controversial Joe Rogan Experience Episodes Audio Audio of the 10 Funniest Presidential Quotes of All Time 8 UFO & Aliens Podcasts That Will Abduct Your Mind Try Out These 10 Podcasts About Cults (But Don't Drink Any Kool-Aid)
Popular Categories
Audiobooks & Stories Comedy Documentary Entertainment Health & Wellness Health Conditions Kids & Family
Add to playlist
New playlist