Your changes have been saved
All Audio Women Rule

From Audio: ‘If you own your vulnerability, it becomes your strength’: Diane von Furstenberg 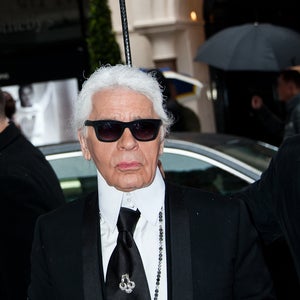 Best Fashion Designers Share Their Secrets
01:31:47 1/6/21 10 audios
Up Next
Full Description
Back to Top
Listen now to snippet “Diane von Furstenberg on Selling Confidence” from Women Rule. Using your voice to help others and growing confidence to be in charge.
Join POLITICO’s Anna Palmer on the Women Rule Podcast as she takes you backstage with women bosses for real talk on how they made it and what advice they have for women looking to lead. New episodes every other Wednesday. Women Rule is produced by POLITICO in partnership with our founding partners Google and the Tory Burch Foundation.
Transcripts
Back to Top
I was very lucky to be very, very successful before I was 30. I mean, that 28. So But that doesn't mean life doesn't go. You go success up, up, up, up You know, you go up and then you go down and you go up and you go down. And what I think is also very important for people to know is sometimes when the world things you are up, you yourself know that you having difficulties and the same way when people think, Oh, she's old school. I mean, you know, old story. That may not be true either, because you know that you are planning and the whole point about speaking when you are. The good thing about being successful is one you could pay your bills and to you have a voice. And when you have a voice, it's your duty. And it's your privilege to use your voice, your experience, your knowledge in order to help others to have a voice. You, for the last several years you've made mentoring of women are real priority not just individually, but really as an industry. When you start out in the fashion history, it was still quite male, dominated in some areas. It still is today. Were there women in positions of power to mentor you? Well, Diana Vreeland, who was the editor in chief, is a woman who really helped me. And, yes, there were lots of women to help me and yes, yes, but it was very funny because, you know, I never knew what I wanted to do. But I knew I wanted to become a woman in charge. I became a woman in charge because of a little dress. So the more confident I would be, the more I would go around and sell my little dresses to people around. So I was actually selling my confidence. My my growing confidence is something that I was sharing. And it was a time of liberation of women blah, blah, blah and the dress who was easy. It was an easy little dress that somehow the guy you went out with lights and his mother didn't mind, you know, it was sexy enough and proper enough. It was good enough to go to work, and to so it it just field a lot of things people say, Oh, I created the dress. Well, the truth is, the dress created me
Up Next
Popular Playlists
Best Yoga Podcasts for Experienced Yogis & for Beginners (Audio) Sour Shoe's Greatest Moments on Howard Stern Listen to: Top 15 Funniest Barack Obama Quotes 9 Game Design Podcasts Every Game Designer Needs to Hear 7 Podcast Episodes About The Golden State Killer That Will Keep You Up at Night David Parker Ray & Shocking Audio of the Toy Box Killer You Need to Hear 8 UFO & Aliens Podcasts That Will Abduct Your Mind Audio Cheat Sheet To The Sexy Liberal Podcast Network Controversial Joe Rogan Experience Episodes Audio Wack Packer Beetlejuice Best Moments on The Howard Stern Show 12 Best Episodes of the NoSleep Podcast to Keep You Up at Night
Popular Categories
ASMR Business & Tech Cannabis Fashion & Beauty Gaming History Home & Garden Kids & Family Spirituality Travel
Add to playlist
New playlist