Snippet of A Cast of Kings: Game of Thrones S1E1

In this episode of “A Cast of Kings,” Joanna and David discuss first episode of the first season of Game of Thrones, “Winter is Coming.” Use this chart to follow along with your own book-reading.
Category: Entertainment TV
Upload Date: Jan 12, 2021
Snipped By:
Share

TBrown's Audio Station
Jump to Full Description Transcript
Playlists that Snippet of A Cast of Kings: Game of Thrones S1E1 appears on.
Share 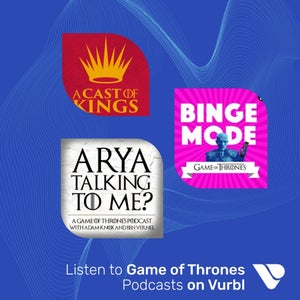