Your changes have been saved
All Audio 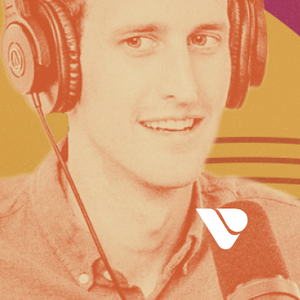 There are currently no playlists containing this audio.
Add this audio track to one of your playlists
Add to Playlist
Up Next
Full Description
Back to Top
Joe Rogan and Post Malone sat down and spoke for several hours in July. In this clip, Post Malone discusses the struggles of owning an older car. This episode aired on July 29, 2020.
Transcripts
Back to Top
We're, uh, say 11 inches. I say a foot and a half. What do you say? That sounds so big. I know, but everything's big back, man. There's a shoe flying around. Yeah, Fucking attractions. My boot. That's my fucking boo. 17 inches is pretty big. 18 inches. 56 inches. That's pretty big. Yeah, inch and a half. I say 11 is totally possible, though. There was a giant fucking bugs back then. 18 inches ain't shit. I would imagine there was a big shock. What? Giving me this thing called Wallace is Giant B, which was 2.5 inches Will expand to. Doesn't shit, you know. What do you think? Let's let's Google. What do you think? That that dog was like, fucking 30 ft long? How big it is that still e We have that. So that thing that's right there, That's a torrential hawk that's on in front of the skull. So that little glass bottle? Yes. Yeah, that's from Maynard Maynard from Tool. Maynard Keenan. Yeah, Yeah, that's him. His from his farm is that this is him. That's his. That's him. That's he's haunting this room through that bug. So that's from his farm. He you know, he runs his vineyard, and he, uh he sees these fuckers up there. Yeah. If this if we think about history is exponential, then these fuckers had to be 11 inches. Exactly. Science bitch Science. Okay, let's let's ask this what?
Up Next
Popular Playlists
Best Yoga Podcasts for Experienced Yogis & for Beginners (Audio) Sour Shoe's Greatest Moments on Howard Stern Listen to: Top 15 Funniest Barack Obama Quotes 9 Game Design Podcasts Every Game Designer Needs to Hear 7 Podcast Episodes About The Golden State Killer That Will Keep You Up at Night David Ray Parker & Shocking Audio of the Toy Box Killer You Need to Hear 8 UFO & Aliens Podcasts That Will Abduct Your Mind Audio Cheat Sheet To The Sexy Liberal Podcast Network Controversial Joe Rogan Experience Episodes Audio Wack Packer Beetlejuice Best Moments on The Howard Stern Show 12 Best Episodes of the NoSleep Podcast to Keep You Up at Night
Popular Categories
ASMR Business & Tech Cannabis Fashion & Beauty Gaming History Home & Garden Kids & Family Spirituality Travel
Add to playlist
New playlist