Your changes have been saved
All Audio The Meeples & Miniatures Podcast 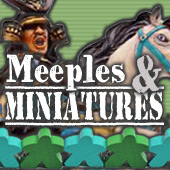 In this snippet, Neil and Dave get their laughs in picking up from the break with the segment, "Confessions."
Category: Hobbies
Upload Date: Sep 29, 2020
Snipped By:
Share 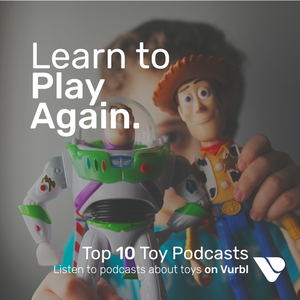 Be A Kid Again: Top 10 Toy Podcasts to Follow
19:13 7/7/20 6 audios
Up Next
Full Description
Amidst their "orgy of gaming," these two aficionados giggle themselves into reviewing recent purchases to which the hobby has taken them. Regardless, if you're not in it for the knowledge, you should be for the content, because Dave and Neil are laughing themselves off topic.
Audio Transcription
dearly beloved. Here we are gathered amidst Oh, um, orgy of gaming. He has to be said, Mr Hickman. I mean, I was thinking, you know, you know how Pratchett describes libraries on bookstores as having out space space. Yes, due to the fact of the the the amount of books starts bending the space time continuum, I'm just wondering if the same could be said for games lead in plastic on We are way are in danger of falling into G space. Or if nothing else, it appears that you're taking out shares in like here with the amount of Calix Z Uh, possibly yes, As as with, as with most gamers, myself included, it appears that we all appear thio other than spending our money on games Onda metal on plastic. We also invest in i K colak shelving on really useful boxes on Here is no exception. It z Aladdin's Cave is an Aladdin's cave. Ladies and gentlemen, it's a great place to be, so I wish you does. He holding confession to weigh, do have a couple of things to confess. I've seen relatively good, relatively good. I don't know about you, Dave, although Yeah, I think I have to hold my hand up to at least one of your issues I could say have been led astray by a couple of people. Couldn't possibly coming. Okay, So, uh, I can't remember what the name of the damn things are, but right. I'm gonna do the cooking things this month. So first off are now heavy. See, miniatures, who are a wonderful little woman band deep in the heart of the ship Andi is currently having, as he described it, a pre Brexit sale. So I took advantage of which, not to make up a major purchase, but some, I mean, he has lots off. Wonderful, little quirky struck, not just quirky stuff, but lots. Lots of little bits and pieces. Uh, including he has the old spyglass range off female adventurers, which is really nice.
Up Next
Popular Playlists
Listen to: Top 15 Funniest Barack Obama Quotes Audio: The Best of CBS Radio Mystery Theater 7 Podcast Episodes About The Golden State Killer That Will Keep You Up at Night Sour Shoe's Greatest Moments on Howard Stern Controversial Joe Rogan Experience Episodes Audio Audio of the 10 Funniest Presidential Quotes of All Time 8 UFO & Aliens Podcasts That Will Abduct Your Mind Try Out These 10 Podcasts About Cults (But Don't Drink Any Kool-Aid)
Popular Categories
Audiobooks & Stories Comedy Documentary Entertainment Health & Wellness Health Conditions Kids & Family
Add to playlist
New playlist