From Audio: What Bachelor Nation REALLY Thinks About the Tayshia Adams / Clare Crawley Switch Up

Sarah Hearon and Kayley Stumpe share their opinions on non-traditional The Bachelor and why they happen.
Category: Entertainment
Upload Date: Oct 06, 2020
Snipped By:
Share 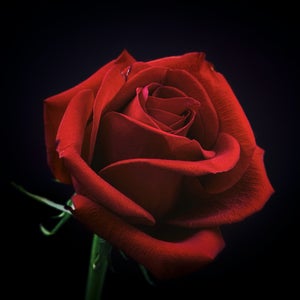 Top 6 Biggest Bachelor Moments over the Last 6 Months Covered on Here For The Right Reasons Podcast
20:14 10/6/20 6 audios
Up Next
Full Description
Back to Top
Sarah Hearon and Kayley Stumpe share their opinions on non-traditional The Bachelor and why they happen.
Transcripts
Back to Top
your seasons have been so off the bachelor rails, and Claire's is obviously going to follow suit. Even if everyone ends up happy. It's not traditional. So what do we think about that? Do we think that the Bachelor is never gonna have a traditional season again? Did Colton jumping that fence set this sort of reset that the show is never going to get back to their traditional final roast ceremony? Oh my God, the Colton fence trend? I know it's, I think it's one of two things, I think. Either the show is stepping outside the box and letting relationships play out more organically, as organically as they can in this setting than in the past. Because obviously, you know, love and relationships are messy. It's not linear. It's not always clear. And that's just real life. And I don't know if, like the producers air, trying to let it the cards fall where they dio and let that be portrayed on the show. And that's why these happily ever after endings air not happening for us in recent seasons or it could be the complete opposite. The producers, Maybe they are intervening now more than ever, and It's completely messing with the leads heads. I'm kind of maybe leaning towards this. Especially listening to Colton recently talk more about his season and how he had to dio kind of his own manipulating of the producers in order to get more time with Kasie. The behind the scenes may have become too much of a ratings game, which in turn is kind of affecting like the genuine connections forming with these people on the show. I don't know if the producers air trying too hard and trying to make it super dramatic. Maybe they're trying for the wild, crazy ending that isn't happily ever after, because that's maybe what gets the ratings. And that's obviously what gets us all talking and super, even more invested until the end. Those are both good points because you are right, like maybe they are, as we've seen in reality TV in general in the last couple years, especially in 2020 we're getting out of breaking of the fourth wall, whether it's on housewives or on, you know, these Netflix reality shows that are now big. Now there's a lot of plot holes and maybe a little scripted, and things are coming out, so it's possible that they are really just letting I guess in clear situation. You know, she was so in love and really want to see this one person like they let her have that. But at the same time, it's there's no way the producers aren't at all involved because they it's that's the history of the bachelor, right? That's why we have to show I'm really the scripted fake show with bachelor lead of the last whatever has told me or other journalists that there's some truth to that. I mean, that is extremely that so you know, thank God we're not having, You know, a lot of real tragedies happen for the most part, but, you know, they obviously all said that that's a thing, So it's very confusing, but both of your points were right, and I agree with both of them, even though they contradict each other. So I guess I guess it's a combo
Up Next
Popular Playlists
Best Yoga Podcasts for Experienced Yogis & for Beginners (Audio) Sour Shoe's Greatest Moments on Howard Stern Listen to: Top 15 Funniest Barack Obama Quotes 9 Game Design Podcasts Every Game Designer Needs to Hear 7 Podcast Episodes About The Golden State Killer That Will Keep You Up at Night David Ray Parker & Shocking Audio of the Toy Box Killer You Need to Hear 8 UFO & Aliens Podcasts That Will Abduct Your Mind Audio Cheat Sheet To The Sexy Liberal Podcast Network Controversial Joe Rogan Experience Episodes Audio Wack Packer Beetlejuice Best Moments on The Howard Stern Show 12 Best Episodes of the NoSleep Podcast to Keep You Up at Night
Popular Categories
ASMR Business & Tech Cannabis Fashion & Beauty Gaming History Home & Garden Kids & Family Spirituality Travel
Add to playlist
New playlist