Us Weekly's Getting Real with the Housewives
346 Listens
Duration: 01:26
Play Audio
Add to Playlist
Share Report

Us Weekly's Getting Real with the Housewives
Jump to Full Description Transcript
Playlists that Clip: NeNe Leakes Exits ‘RHOA’ (Audio) appears on.
Share 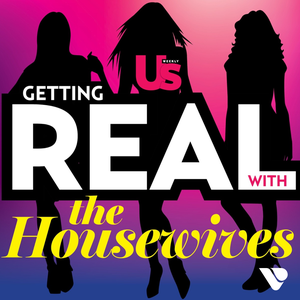 Top 6 Audio Moments from The Real Housewives
08:16 10/12/20 6 audios
Up Next
Full Description
Back to Top
Listen to the hosts break down NeNe Leakes’ decision to leave ‘RHOA.’
Transcripts
Back to Top
So let's kick it off. I mean, obviously big news of the week Nini is officially leaving Real Housewives of Atlanta. To say I'm surprised would be I mean, I can't say I'm surprised, actually, because there have been so Maney contract negotiations, so many things going on. So it kind of felt like she was had 1 ft out the door for quite some time. I totally agree. I mean, listen, Nini is a legend, right? She's an O g. She put Atlanta on the map. She put Bravo on the map in certain ways, and she'll always be an icon. She gave us so much. But I really feel like ever since she left the first time and came back, it hasn't quite been the same. I think it was around 7. 10. she got a little mean. I know Greg had a lot going on, so I'm sad. But at the same time, I thanks, um, distances for the best. I think so, too. And when I spoke to Cynthia last month and she said, You know, if she hasn't seen any, she hasn't been filming and she's like, we've done it before without her. We could do it again. Granted, she does bring some fabulous TV, but I think we'll still be okay. They have some new girls this season, so we'll just have to wait and see what happens. Yeah, I think it almost hurts the most. Just because we've had so much Bravo loss in 2020 minutes. I know. Whereas I think the show will actually do okay without Nini, she'll probably be back again. It's just, like, hurts to pile it on. I know. I mean, between Nini, Dorinda, Denise. I mean, who's next? I'm scared. I don't want to know. I know. Is it? This year hasn't been bad enough? One more Can we take?
Up Next
Popular Playlists
Best Yoga Podcasts for Experienced Yogis & for Beginners (Audio) Sour Shoe's Greatest Moments on Howard Stern Listen to: Top 15 Funniest Barack Obama Quotes 9 Game Design Podcasts Every Game Designer Needs to Hear 7 Podcast Episodes About The Golden State Killer That Will Keep You Up at Night David Ray Parker & Shocking Audio of the Toy Box Killer You Need to Hear 8 UFO & Aliens Podcasts That Will Abduct Your Mind Audio Cheat Sheet To The Sexy Liberal Podcast Network Controversial Joe Rogan Experience Episodes Audio Wack Packer Beetlejuice Best Moments on The Howard Stern Show 12 Best Episodes of the NoSleep Podcast to Keep You Up at Night
Popular Categories
ASMR Business & Tech Cannabis Fashion & Beauty Gaming History Home & Garden Kids & Family Spirituality Travel
Add to playlist
New playlist