Clip: Sean and Catherine Lowe React to Being the Only 'Bachelor' Success (Audio)

From Audio: Sean and Catherine Lowe React to Being the Only 'Bachelor' Success

Listen to Sean and Catherine Lowe react to being the only 'Bachelor' success.
Category: Entertainment Entertainment News
Upload Date: Oct 16, 2020
Snipped By:
Share

Erica Sullivan
Jump to Full Description Transcript
Playlists that Clip: Sean and Catherine Lowe React to Being the Only 'Bachelor' Success (Audio) appears on.
Share 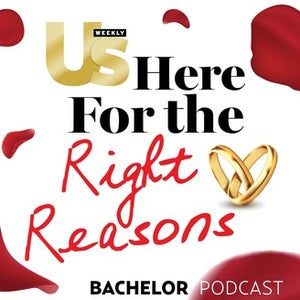 Top 6 Audio Moments from Us Weekly's Here for the Right Reasons Podcast
06:54 10/13/20 6 audios
Up Next
Full Description
Back to Top
Listen to Sean and Catherine Lowe react to being the only 'Bachelor' success.
Transcripts
Back to Top
Well, first of all, I mean, how does it feel to be the only bachelor couple in the traditional sense that are still going strong? So we lost a few over the top, but you guys way have all the confidence. You obviously Yeah, e way haven't anything different. So we're not all the rocks or anything, So it's just same thing is normal. As you know, a formerly Does it surprise you at all that there are now three couples in the bachelor universe that have, you know, found success with the switcheroo at the end? O e can definitely sympathize with Jason and our Because I know how when you're isolated the lead and you have no one to talk to, you have no friends or family. I can see how it would be confusing. I thank God I didn't have that confusion at the end, but I could definitely sympathize with them s. I guess I could see how that's possible. And I'm just glad it's obviously worked out for the two of them. And they both have beautiful families now, but yeah. Yeah, And now we have Peter added to the list with his fifth place person, and they seem happier than ever. So who are you? I'm out of the loop there. Peter. Peter. Peter. Yes. Yeah. He is dating someone he actually met before the show. But then she came on the show, and he didn't pick her. She went home before hometowns, and now they're dating. All right. Good for you, Peter E. Guess.
Up Next
Popular Playlists
Best Yoga Podcasts for Experienced Yogis & for Beginners (Audio) Sour Shoe's Greatest Moments on Howard Stern Listen to: Top 15 Funniest Barack Obama Quotes 9 Game Design Podcasts Every Game Designer Needs to Hear 7 Podcast Episodes About The Golden State Killer That Will Keep You Up at Night David Ray Parker & Shocking Audio of the Toy Box Killer You Need to Hear 8 UFO & Aliens Podcasts That Will Abduct Your Mind Audio Cheat Sheet To The Sexy Liberal Podcast Network Controversial Joe Rogan Experience Episodes Audio Wack Packer Beetlejuice Best Moments on The Howard Stern Show 12 Best Episodes of the NoSleep Podcast to Keep You Up at Night
Popular Categories
ASMR Business & Tech Cannabis Fashion & Beauty Gaming History Home & Garden Kids & Family Spirituality Travel
Add to playlist
New playlist