From Audio: Audio: Is Bitcoin Better At Money Than The Dollar?

Share
station description A personal finance and investing podcast on money, how it works, how to invest it a... read more

Money For the Rest of Us
3 Likes
Duration: 06:20
Play Audio
Add to Playlist
Share Report 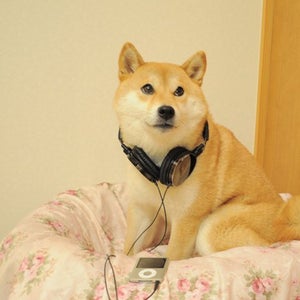 There are currently no playlists containing this audio.
Add this audio track to one of your playlists
Add to Playlist
Up Next
Full Description
Back to Top
snippet description
Transcripts
Back to Top
1971 and then they were no longer distributed into public circulation. The U. S. Went off the gold standard, and it was that point money cash US dollars became digital. It could be created at will by banks by simply lending. And I discussed that. Episode 94 How Money Is Created and Destroyed. An episode 1 57. Money. What is money I talked about? An episode 59 is gold money, and there's some standard definitions. One of them is It's a store of value, a second, a unit of account and three, a medium of exchange. We're gonna look at Bitcoin and see how it compares on that. But first, the store of value. How has the dollar done as a store of value? Not so well. The annual inflation rate, as measured by the consumer price index, has increased at 4% annually since 1971. That means you would need $600 today to buy $100 worth of 1971 goods. And how fast is this money supply increasing? Well, M two is a measure is a broader measure of money. Supply includes US dollars coins as well as digital bank savings money market accounts. In August 1971 there was $685 billion of this measure of US money. Today it's $13.2 trillion. That's how much the money supply has expanded, and that is what leads and has led to inflation last year. Over the past three years, it's increased the money supply this m two by 6.4% per year on average. Now let's compare that to gold. So there's $13.5 trillion of US money dollars. There are approximately 200,000 tons of gold that has been a mind and is available around the world, and so that that's about 6.4 billion ounces worth it roughly $8 trillion. And each year there's about 3000 new times of new gold mind, which means the rate of increasing the gold supply increases about 1.5% per year. So it's increasing at a much slower rate than the money supply, which is why, over time gold should do better, basically appreciate in the U. S. Dollars, because the supply of gold is not increasing as fast as US dollars, except it's also very, very volatile because it depends. All currencies depend on trust. Do you? Do people want Thio use dollars? Do they want to hold gold and and their level of trust and wanting to hold this assets influences their price. Now let's compare that to Bitcoin. There are 16.5 million Bitcoin's essentially in circulation so that that's the number of coins, and we're gonna talk in a minute so that Bitcoin is not really a coin, but about $16.5 million total value. 47 million. That's a total value of Bitcoin, and that's at a price of roughly 26 $100 per Bitcoin. Very, very small when you compare that to $8 trillion of gold and $13.5 trillion in terms of U. S. Money supply. So Bitcoin is really, really tiny, and the algorithm that runs Bitcoin that sets how much Bitcoin is created per year. In the last year, the number of new Bitcoin increased 4.4% but from a very much smaller base, So 4.4% of $47 million would be the amount of new Bitcoin created in the next year, compared to 1.5% increase of gold that has a base of $8 trillion and the 6% increase in the U. S. Money supply, which is at $13.5 trillion and eso when we look at the price of Bitcoin. I started getting involved in Bitcoin researching and pretty extensively in 2012 Summer 2012, and I talked about this back in Episode 53 was priced at $11 per Bitcoin in 2015. When I did the episode, J. D sent me a Bitcoin or some Bitcoin. He sent me 20150.78 Bitcoin. It was worth a dollar 75 today that Bitcoin, which I still have, is worth over $20 so that is storing value. The value is going up because more people are trusting using Bitcoin. Despite its flaws. It's growing pains, which we will discuss, but is more people trust it and want to use it because there's a limited supply and a set supply, and in the amount of Bitcoin is not growing as fast as either gold or U. S. Dollars. Then it's price relative to those currencies is going up. Money is also a medium of exchange, and in episode 84 was Money is trust. I said money facilitates exchanges that would not have occurred in a bartering economy. Because money acts as a symbol or token of value, money requires cooperation and trust for it to function properly and facilitate transactions. Trust is required because money has no intrinsic value. It has Onley symbolic value. Money cannot be used in its physical form to make something productive. You can't eat it. You can't build shelter out of it. You can't use paper money for heat by burning it in your fireplace and money.
Up Next
Popular Playlists
Best Yoga Podcasts for Experienced Yogis & for Beginners (Audio) Sour Shoe's Greatest Moments on Howard Stern Listen to: Top 15 Funniest Barack Obama Quotes 9 Game Design Podcasts Every Game Designer Needs to Hear 7 Podcast Episodes About The Golden State Killer That Will Keep You Up at Night David Parker Ray & Shocking Audio of the Toy Box Killer You Need to Hear 8 UFO & Aliens Podcasts That Will Abduct Your Mind Audio Cheat Sheet To The Sexy Liberal Podcast Network Controversial Joe Rogan Experience Episodes Audio Wack Packer Beetlejuice Best Moments on The Howard Stern Show 12 Best Episodes of the NoSleep Podcast to Keep You Up at Night
Popular Categories
ASMR Business & Tech Cannabis Fashion & Beauty Gaming History Home & Garden Kids & Family Spirituality Travel
Add to playlist
New playlist