Your changes have been saved
All Audio History is Gay

Snippet of History is Gay: Episode 20: More Than Meets the Eye(brow) Frida Kahlo

From Audio: Episode 20: More Than Meets the Eye(brow): Frida Kahlo

In this episode, Gretchen and Leigh talk about Frida Kahlo, a Mexican artist best known for her many self-portraits and for works inspired by nature and Mexico. She may be known for her unibrow, but did you also know she tended to sleep with her husband's mistresses?
Category: Sex & Sexuality
Upload Date: Feb 01, 2021
Snipped By:
Share 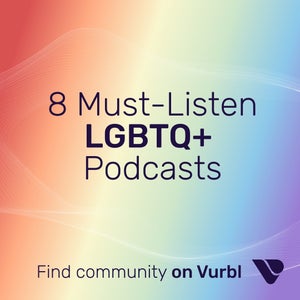 8 Must-Listen LGBTQ+ Podcasts
53:02 2/1/21 10 audios
Up Next
Full Description
Back to Top
In this episode, Gretchen and Leigh talk about Frida Kahlo, a Mexican artist best known for her many self-portraits and for works inspired by nature and Mexico. She may be known for her unibrow, but did you also know she tended to sleep with her husband's mistresses?
Transcripts
Back to Top
right, right. And it seems like the kind of thing that would be overlooked by art historians for, uh, for various reasons that that would be that they'd be like, Oh, well, clearly this is about her husband's, you know, clear. This isn't about gender. It's like, clearly this can't be about her. It must be about her husband, which, you know. Most people think most things about Frida Kahlo, like I learned in school so much about Diego Rivera and all I knew about Frida Kahlo is she painted pictures of herself with a unibrow like, I didn't know any of this stuff when I was growing up, and it was only the last couple of years. I was like, Oh, God, she's like, Ah, huge figure for depiction of disability And she was queer and she was huge, you know, Political figure. Diego even depicted her androgynous Lee in his own 1929 mural from the Ministry of Education, depicting her with short hair, flat chest any more masculine body frame. She is roughly the same size as, like the other male figures, body wise, like arms size. Everything is like the same, pretty much the same size as the other male figures When you know in real life, Frida Kahlo was a very petite, dainty small woman. And so it's interesting that he painted her like, basically, exactly like the men in the mural just with, like, address on I Love It. Yes, however, despite the fact that he painted her this way, Frida essentially laid aside her male attire after their marriage. So, as we discussed earlier, right, like Nevada liked her better in her Mexican peasant clothing than anything else. Um, which can't we have? Both. Yep, Yeah, way have both e. We can't overlook the political importance of her clothing choices to that like yeah, as much as you may have had, like varying ideas about gender, like the clothing choices were also a political statement. And, you know, suits may have been more associated with, you know, European colonialist ideas, even if they were also expressions of gender. So it's not. It's so much like that's what's so fascinating. Yeah, it's complicated, and that's what's so interesting to me about Frida Kahlo is because it's complicated. So there are many paintings we could we could look at that are evocative in some way. One that we will again put in our show notes is called Two Nudes in a Forest. It is from 1939 on its two naked women in a very intimate pose together. And it's not too Frida's, if that makes sense like it's not, too, because she does have her portrait called the two Frida's, and it's like two paintings of herself. This is clearly two very different women who are naked, and one is like reclining on the other. It actually made me think of some of the paintings that we have of Sappho with, like Sappho and friends. Or however they label it, or even even a little bit of the photo by Nicholas Murray of her and Chaveleh Vargas laying on each other in the grass. Yes, yes, which I want to talk about. Yeah, so she also had some relationships with ladies or lots. Lots and lots of rumors. Yes. Well, so I mean, several that were confirmed. So, um, Diego and Frida had lots of extra marital affairs among them. Um, he didn't so much mind her having affairs with women because, uh, double standards. He bothered him when she would sleep. with other men. There's that machismo. But so, according to biographer Herrera, Frida's motto was, Make love, Take a bath, Make love Again, which it's a good thing to live by. Her name has been connected with many women, including her husband's mistresses and actors Dolores del Rio, Paulette Goddard and Maria Felix. So she was sleeping with her husband's mistress, Right? Yeah, always fun. Um, yeah, my favorite is Georgia O Keefe, Um, which would make me like that just delights me because, like, power, a couple gosh, of all of the women like it's not like it simultaneously sounds really stereotypical, but in, like the best way. Like, of course, Georgia O Keefe, the woman who paints vulva, is all the time disguised his flowers would have an affair with Frida Kahlo like that, just like I just I just It's everything
Up Next
Popular Playlists
Best Yoga Podcasts for Experienced Yogis & for Beginners (Audio) Sour Shoe's Greatest Moments on Howard Stern Listen to: Top 15 Funniest Barack Obama Quotes 9 Game Design Podcasts Every Game Designer Needs to Hear 7 Podcast Episodes About The Golden State Killer That Will Keep You Up at Night David Ray Parker & Shocking Audio of the Toy Box Killer You Need to Hear 8 UFO & Aliens Podcasts That Will Abduct Your Mind Audio Cheat Sheet To The Sexy Liberal Podcast Network Controversial Joe Rogan Experience Episodes Audio Wack Packer Beetlejuice Best Moments on The Howard Stern Show 12 Best Episodes of the NoSleep Podcast to Keep You Up at Night
Popular Categories
ASMR Business & Tech Cannabis Fashion & Beauty Gaming History Home & Garden Kids & Family Spirituality Travel
Add to playlist
New playlist