From Audio: 2. David Parker Ray: Childhood, Fantasies and the Toybox 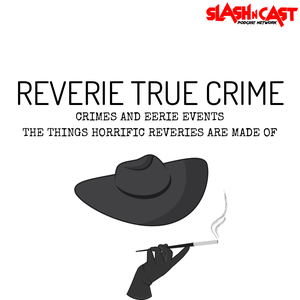 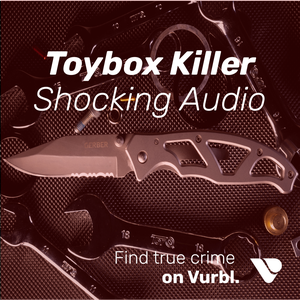 David Parker Ray & Shocking Audio of the Toy Box Killer You Need to Hear
49:42 2/8/21 9 audios
Up Next
Full Description
Back to Top
Reverie True Crime explains David Parker Ray's history of sexual fantasies. They also share The Toybox Killer's upbringing and potential root of evil. Did David Parker Ray's childhood cause him to imagine strange and devious sexual fantasies or was he born to torture?
Transcripts
Back to Top
was later in life. I'm just saying now. David's father did supply him with magazines that depicted sadomasochistic pornography. David was shy and very socially awkward and bullied often, and he says that this led to his secret fascination with state O Mastic is, um most of his time was spent alone drinking and using drugs. Now you can argue the nature versus nurture thing. I honestly just think David Parker Ray was an evil human being. I think you can like certain types of porn or bondage or whatever, and not turn into what David Parker Ray Waas life for. David and Peggy took a dramatic turn, Um, living on the ranch with their grand parents. Their grandfather was almost 70 years old and he lived with strict standards, and he expected those grandchildren toe follow what he expected out of them and if they disobeyed, that resulted in physical punishment. So after David completed high school, he worked as an auto mechanic. He also worked in the Army. He eventually received an honorable discharge from the Army. He was divorced four times and also had two Children, one being Glenda Gene. They called her Jesse Rae. Jesse Ray and she will come back around in this case now, David Parker raise fantasies of raping, torturing and even murdering women started as a teenager around that time, his sister Peggy, discovered that he had sadomasochistic drawings as well as pornographic pictures of bondage acts. That is just totally weird and itself to have fantasies of rape, torture and murder. I don't know if if he had a mental illness, I didn't find anything on that. So if anybody does want Thio update me on whether or not he had a mental illness or something, something to that effect, I just I can't think of a valid reason ever to have fantasies of rape and torture and murdering. I understand that people have these fantasies of bondage and you know, they're into B. D S, M and S and M and this other stuff, which is totally fine and normal. And, you know, if you are two consenting adults, a za, long as you're not torturing the person, as long as you have a safe word during all this, I think that's totally healthy and normal. Um, for for a lot of people, that's it's not everybody's cup of tea of course, but the fantasies that he was having is not normal. I'm also about to tell you the contents of the toy box and what he and his girlfriend at the time Cindy Hindi, would do to their victims. And it's so disgusting, guys. It's not as in detail as the audio tape transcripts, so don't don't freak out. It is a little much.
Up Next
Popular Playlists
Best Yoga Podcasts for Experienced Yogis & for Beginners (Audio) Sour Shoe's Greatest Moments on Howard Stern Listen to: Top 15 Funniest Barack Obama Quotes 9 Game Design Podcasts Every Game Designer Needs to Hear 7 Podcast Episodes About The Golden State Killer That Will Keep You Up at Night David Parker Ray & Shocking Audio of the Toy Box Killer You Need to Hear 8 UFO & Aliens Podcasts That Will Abduct Your Mind Audio Cheat Sheet To The Sexy Liberal Podcast Network Controversial Joe Rogan Experience Episodes Audio Wack Packer Beetlejuice Best Moments on The Howard Stern Show 12 Best Episodes of the NoSleep Podcast to Keep You Up at Night
Popular Categories
ASMR Business & Tech Cannabis Fashion & Beauty Gaming History Home & Garden Kids & Family Spirituality Travel
Add to playlist
New playlist