Your changes have been saved
All Audio Lazy Doctor Who

Snippet of Lazy Doctor Who: The Claws of Axos 1

Steven Schapansky and Erika Ensign discuss the Doctor Who episode, "The Claws of Axos" in this four-episode series. The married couple laughs along as they discuss different elements of the show.
Category: Entertainment TV
Upload Date: Feb 07, 2021
Snipped By:
Share

Danielle Tranter Audio Station
Jump to Full Description Transcript
Playlists that Snippet of Lazy Doctor Who: The Claws of Axos 1 appears on.
Share 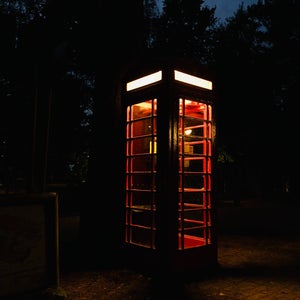 Best Doctor Who Podcasts
40:12 2/1/21 10 audios
Up Next
Full Description
Back to Top
Steven Schapansky and Erika Ensign discuss the Doctor Who episode, "The Claws of Axos" in this four-episode series. The married Whovians laugh together as they discuss different elements of the show, including storylines, characters, and music. In over 200 episodes, their pair has led some interesting and beyond casual conversations, making it a hit! It's recommended that listeners have seen the episodes prior to listening to the podcast, but anybody with a knowledge of the various story arches of Doctor Who is able to follow along.
Transcripts
Back to Top
Yeah, I was going to say something else about the claws of access. Did you find where Bill filer is from? From Wales? E. I didn't think that accent sounded actually legitimately us is us ist e United States? Yes, United States. And, uh and I guess I was ready to, like, if he was actually from Canada. I was ready to chalk it up to, like, just trying to put something on, but no, that makes the fact that he's Welsh here from the UK Um, you know, it makes much more sense. Yeah, but he sounds like a stereotypical American. Maybe he sounds like what a person from the UK thinks a stereotypical American sounds like. That's what Which let's face it, it maybe even still today, whenever you're watching American Show that has British characters in it. They they have a typical British accent and they don't sound like they are from any particular region. Oh, yeah, Very true. We've already It's autonomic response. Even though it's five o'clock in the afternoon as we record this, you're still tired because this lady doctor, I've had two nights of craft sleep. I'm just really exhausted getting back to regular work routine is difficult, isn't it? Yeah. I don't like it. I would rather just sit around a new podcasts for work. Yeah, well, that's kind of what I do. Even I'm taking a work on a few days off of that. You? Thank you. But we're doing this because it's fun. Hey, the masters back. Did you know the master was in this? Uh, you know, if I would have thought about it, I probably would have said yes, because I'm aware that he's in season eight, um, consistently, But I hadn't thought about it, so I was surprised to see him. Yes, as a captor. That's the cool thing. Is that his review? Captive? Rather. Yeah. Yeah, I know the captors there still mysterious, but yeah. So, like, it was surprising to see him and be It was like, What the heck? You got captured Wah wah Ha ha. Point and laugh because I'm your fellow captive. I am the master. It almost feels like he was like, I should really shouldn't be inheriting that time because I'm an idiot. Got captured, and then we get a nice close up on Bill. Finally, things is who he's looking for. He's supposed to take him out on it. Yeah, that was one of the things where Joe's like, you're just going to take him on all on your own. And I was just, like, I'm rolling my eyes at that point, being like, okay, this guy, anyone from the Pentagon, Probably things you could do with themselves. And you said close up. But what you really meant to say as extreme crashed because Michael Ferguson yes, that is exactly what I meant. I had that thought and then close up, came out which, you know, it ends on a close up.
Up Next
Popular Playlists
Best Yoga Podcasts for Experienced Yogis & for Beginners (Audio) Sour Shoe's Greatest Moments on Howard Stern Listen to: Top 15 Funniest Barack Obama Quotes 9 Game Design Podcasts Every Game Designer Needs to Hear 7 Podcast Episodes About The Golden State Killer That Will Keep You Up at Night David Ray Parker & Shocking Audio of the Toy Box Killer You Need to Hear 8 UFO & Aliens Podcasts That Will Abduct Your Mind Audio Cheat Sheet To The Sexy Liberal Podcast Network Controversial Joe Rogan Experience Episodes Audio Wack Packer Beetlejuice Best Moments on The Howard Stern Show 12 Best Episodes of the NoSleep Podcast to Keep You Up at Night
Popular Categories
ASMR Business & Tech Cannabis Fashion & Beauty Gaming History Home & Garden Kids & Family Spirituality Travel
Add to playlist
New playlist