Your changes have been saved
All Audio MC Nook Podcast 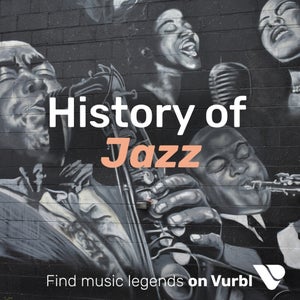 Audio History of Jazz Music and Its Origins
02:35:08 2/11/21 9 audios
Up Next
Full Description
Back to Top
Jazz developed from a combination of classically trained French musicians and black people from African, Haitian, and African-American cultures.
Transcripts
Back to Top
and the origins of jazz actually came from, um, kind of ah, a marching band history and it kind of turned into jazz and it was kind of a jail for young black kids and they took up marching than instruments, and it kind of morphed into jazz. And so what happened is that kind of became Dixieland jazz and just walking down the streets daily in Bourbon Street. There are those bands today and eso you'll have, like tuba, a drum, trombone, trumpet. All of these, like traditional instruments that that started jazz 100 years ago. They're still performing there today. So you're walking down the street. There's multiple bands playing and it's it's ah, it would kind of remind you of what it would be like. Ah, 100 years ago. It was really cool on. It was just a normal day. That wasn't even Mardi Gras. That was just a normal day. And they dancing is still alive in the culture. Yeah, yeah, and it was like like European instruments, but like, um, European instruments but like Africans was using it to like African Americans and different cultures came and, like, migrated to New Orleans. Yeah, like e think because Because the French people were there and you had this mix of French, classically trained musicians and, uh, and black people from different, different, different places. So you had, like, black slaves. You had blacks from, like, Haiti. Um, you had you had kind of a whole bunch of different cultures all mixed together. And so because of that French European tradition of the instruments and then the black cultures from different places, that's kind of what invented jazz, Right? So you have any favorite musicians? Um, I dio I have a personal favorite, Ella Fitzgerald, and I actually have a very large portrait tattoo of her on my arm. And she is like She is the first lady of jazz. She's the queen of jazz as, and she recorded hundreds of albums. And she's she's very influential. Thio, I think all jazz singers because she she sang along with Louis Armstrong, and they together kind of invented what scat singing and jazz singing is today. So she is definitely one of my favorites.
Up Next
Popular Playlists
Best Yoga Podcasts for Experienced Yogis & for Beginners (Audio) Sour Shoe's Greatest Moments on Howard Stern Listen to: Top 15 Funniest Barack Obama Quotes 9 Game Design Podcasts Every Game Designer Needs to Hear 7 Podcast Episodes About The Golden State Killer That Will Keep You Up at Night David Parker Ray & Shocking Audio of the Toy Box Killer You Need to Hear 8 UFO & Aliens Podcasts That Will Abduct Your Mind Audio Cheat Sheet To The Sexy Liberal Podcast Network Controversial Joe Rogan Experience Episodes Audio Wack Packer Beetlejuice Best Moments on The Howard Stern Show 12 Best Episodes of the NoSleep Podcast to Keep You Up at Night
Popular Categories
ASMR Business & Tech Cannabis Fashion & Beauty Gaming History Home & Garden Kids & Family Spirituality Travel
Add to playlist
New playlist