Your changes have been saved
All Audio The Athletic Football Show: A show about the NFL

Why did the Denver Broncos Draft a Cornerback 9th Overall?

From Audio: Draft Night Special: Trey Lance to the 49ers, Justin Fields to the Bears & more shocking moves from round 1

Start Time: 02:49 End Time: 05:25
Robert Mays, Nate Tice, Lindsay Jones and Dane Brugler bring you live reaction from the first round of the 2021 NFL Draft. How shocked were we that the 49ers drafted QB Trey Lance?
Category: Sports & Adventure Football
Upload Date: May 03, 2021
Snipped By:
Share

TBrown's Audio Station
Jump to Full Description Transcript
Playlists that Why did the Denver Broncos Draft a Cornerback 9th Overall? appears on.
Share 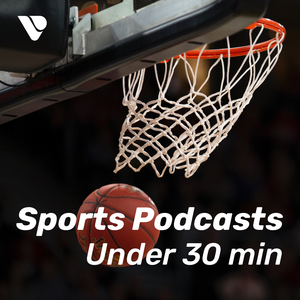 Sports Audio Update in 30 Minutes
24:57 2/23/21 8 audios
Up Next
Full Description
Back to Top
Robert Mays, Nate Tice, Lindsay Jones and Dane Brugler bring you live reaction from the first round of the 2021 NFL Draft. How shocked were we that the 49ers drafted QB Trey Lance?
Transcripts
Back to Top
I I do think it's like, are they picking for the packers? Is that what they're doing here? Because it's like, it's, it's a hat on a hat kind of a thing. It's like, and don't get me wrong, it's corners of premium position and that's kind of, yeah, I'm fine with investing in the premium positions online. Corner edge rushers or just pass rushers in general, of course, quarterback. But it's like, you only have one quarterback and it's kind of like, that's what I think the broncos need to improve. Well, obviously we saw the bridge tables are deal trading sixth round pick for him. It makes sense. You know, that's something we saw a mile away. We talked about that on multiple shows last week. I think it's the type of option with the defensive minded head coach. That makes sense. You want something that's going to keep the train on the tracks. It reminds me a little bit of what the Bears did last year with folds and Robiskie. I don't think copying the Chicago bears quarterback plan is exactly what you want to do. But it's funny, I was talking to Lindsay jones earlier, who's gonna be joining us soon as is dane Brugler as the draft goes on, so please keep an eye out for both of them. I was talking to Lindsay and it's almost as if the broncos have a similar quarterback plan to the one that Bears have and every five years they stumble into one of the greatest quarterbacks of all time asked backwards and that seems like where we're doing, where we are right now, because before the draft started today, obviously everyone has been talking about Aaron Rodgers and what might be happening. So If there if it's true, which it does seem like it is that the Broncos are putting together a deal for Aaron Rodgers or an offer at least maybe that threw a wrench into them, possibly drafting a quarterback in the top 10, which changes the entire complexion of the rest of the draft. The draft, the entire NFL it's like that is, that's why it's just so curious. But the thing is just going to keep saying it's just broncos didn't need help there. That's like that. It sounds like what? Um And right now, as we say, is Devante smith is going to the Eagles, which is like, I love Devante smith is probably my favorites here in this draft, even though there's a bunch, a bunch of good ones, they've already gone and there's more to come. But it's these kind of like that is like just so interesting to me to is not only taking certain there, but then also just screwing over the cowboys. The pic before. Yes, it's like everyone and everyone, it made sense. Okay, the cowboys are gonna get a corner. One of those top two guys horner certain. It's just going to fall into the trap nelson. It's like, oh I'm sure that was not a lot of fun for them to also just that goes away. So that's like just the domino effects that other teams can have, can affect your team even if you have nothing to do with it. Also, the cowboys like whoa, no broncos aren't going corner. I'm sure their pro staff when they were doing needs like we don't have to worry about that. And then also take a corner. It's shocking. I think if you would play this out 100 times in the cowboys minds, those two corners going off at seven and 8 or 89 would never have happened. So that's why you left scrambling
Up Next
Popular Playlists
Best Yoga Podcasts for Experienced Yogis & for Beginners (Audio) Sour Shoe's Greatest Moments on Howard Stern Listen to: Top 15 Funniest Barack Obama Quotes 9 Game Design Podcasts Every Game Designer Needs to Hear 7 Podcast Episodes About The Golden State Killer That Will Keep You Up at Night David Parker Ray & Shocking Audio of the Toy Box Killer You Need to Hear 8 UFO & Aliens Podcasts That Will Abduct Your Mind Audio Cheat Sheet To The Sexy Liberal Podcast Network Controversial Joe Rogan Experience Episodes Audio Wack Packer Beetlejuice Best Moments on The Howard Stern Show 12 Best Episodes of the NoSleep Podcast to Keep You Up at Night
Popular Categories
ASMR Business & Tech Cannabis Fashion & Beauty Gaming History Home & Garden Kids & Family Spirituality Travel
Add to playlist
New playlist