From Audio: Brian Burkhart On Entrepreneurship, Owning Your Gifts, And Communication — The ROI Online Podcast Ep. 3 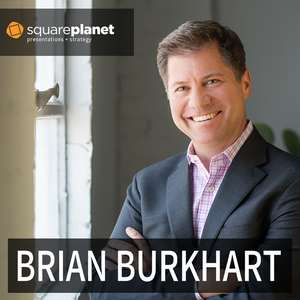 Entrepreneurship, Owning Your Gifts, And Communication - Brian Burkhart
01:13:20 5/17/21 5 audios
Up Next
Full Description
Back to Top
Brian tells his story and journey to becoming an expert.

Transcripts
Back to Top
journey you know brian and when I think about the people that I follow as far as thought leaders or people where I gained knowledge they really have that down. I see a speech I see a you know a youtube video or maybe I see them in person and it's really like they've really spent a lot of time developing that skill that really helps them connect and deliver their insights way better. And so I'm fascinated by that. You've read the book by Malcolm Gladwell or maybe it was yeah it's tipping point right where he talks about the 1000 hours and how The Beatles A they played in strip clubs for. I don't know how many hours do you Remember Germany 1960- 1962. Yeah. So do you think that driving those submarines you didn't just drive You were the entertainment on each one of those voyages wrong in part and parcel of some of it was recorded but a big chunk was live for sure. And so you probably did many other things. But how many hours of Oh Mansell of micro work did you do? I'll tell you where it got really interesting and I did not mention this in my previous answer because it's just a little convoluted what I really did. The dirty work where it really got good was I did a ton of work behind the camera. I was a multimedia producer for a decade. Plus it was the first instance I owned and it was the kind of thing where companies would hire us to go tell a corporate story in a very finite amount of time. And so imagine things like a big consultancy saying we've got a story about five of our offices around the world all interlinked that serve a single global customer. We have x small amount of time to tell that story. Go take a video crew, go out, get on some airplanes and go find that story, put it together and I did that kind of stuff for years. And it really was first global but two big clunky corporate stories that were about things like licensing agreements and you know, stuff not necessarily exciting things, right? But here I was as the producer behind the camera and I'm hearing all these stories from all these people from all over the world and I'm trying to link all these disparate elements in my head and I'm realizing that what I was doing was something called paper editing. I'm like a video editor who now sits at a computer or before they would actually cut physical tape. What I was doing was in my head with notes going okay if steve said this, I can connect that with bob who said this and James said this and to really make it come together. I would say stuff like steve, that's a great answer, but why don't you try this? And I would reframe rework re um think their answer to these cogent, little bits. And so when I got back to my office after being gone for big chunks of time on the road at a time, we'd stitch these things together and they were essentially seamless and our clients would go, that's perfect, no changes. And so I was really able to get dirty, get my hands dirty by hearing people from all over the world with um english, very much not as a first language, I had to really listen, I had to really take copious notes to make sure I knew what the full story was. I did do my upfront work to get as much info going in as I could. And so the dirty work I was doing was really dirty and what the easy part was was helping them say it better. But the way you describe it, and we've talked about this in the past, there is no substitute for just getting in there and getting dirty. And that's what I did, no doubt about it.
Up Next
Popular Playlists
Best Yoga Podcasts for Experienced Yogis & for Beginners (Audio) Sour Shoe's Greatest Moments on Howard Stern Listen to: Top 15 Funniest Barack Obama Quotes 9 Game Design Podcasts Every Game Designer Needs to Hear 7 Podcast Episodes About The Golden State Killer That Will Keep You Up at Night David Parker Ray & Shocking Audio of the Toy Box Killer You Need to Hear 8 UFO & Aliens Podcasts That Will Abduct Your Mind Audio Cheat Sheet To The Sexy Liberal Podcast Network Controversial Joe Rogan Experience Episodes Audio Wack Packer Beetlejuice Best Moments on The Howard Stern Show 12 Best Episodes of the NoSleep Podcast to Keep You Up at Night
Popular Categories
ASMR Business & Tech Cannabis Fashion & Beauty Gaming History Home & Garden Kids & Family Spirituality Travel
Add to playlist
New playlist