Your changes have been saved
All Audio Pillow Fight

From Audio: SKINNY JEANS FOR YOUR ARMS W/ ISABELLA ZANOBINI

Isabella & I discuss what a road trip with Ted Cruz or Marjorie Taylor Greene would be like.
Category: Entertainment Pop Culture
Upload Date: Feb 17, 2021
Snipped By:
Share 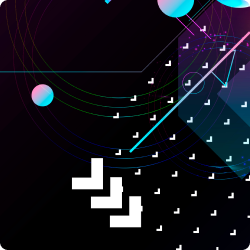 Best of Pillow Fight Season 2
14:05 2/2/21 8 audios
Up Next
Full Description
Back to Top
Isabella & I discuss what a road trip with Ted Cruz or Marjorie Taylor Greene would be like.
Transcripts
Back to Top
Would you rather take a road trip with Ted Cruz or Marjorie Taylor Green? Really, Marjorie, I'm, like, scared off, like four might physicals safety with Ted Cruz versus, Like, are you sure she's gonna be spewing some crazy shit? I mean, like, honestly, she would protect me, You know what I mean? She's not gonna, like, do anything. Thio Cruz would like, put his hands on your lower back while you're talking or something. You know, I think I would like to have someone on facetime the entire time with Ted Cruz. Like, have them just like watching Or like, have the phone on a monitor monitor. Yeah, but I would pick Ted Cruz because I think I would punch margin telegram in the face, like, five minutes into being there. Yeah, Ted Cruz also is definitely the more likely of the two of them to just, like, shut up. Yeah, like he's annoying his fucking. His views are bad, but he's He's less like abrasive. You know what I mean? I think I think if you put on the music that he wanted, he would let you just, like do it and then march each other. Greenwood insist on, like radio spewing her back. She wouldn't. She would argue with the radio to, like, ask you for your take. And then she, like, scream at you if you didn't agree with her and yeah, she just terrifies me. I think like I honestly owe to go on a road trip with her. I honestly do fear for my safety in order to agree. Because I feel like she would go like, I think that, like some primal instinct in her would be awakened if, like, she got mad at me. And then she just, like, strangle me in the car. Yeah. No, I could see it. I could see it. Uh huh. She's like self defense. Ted Cruz. I feel more like I don't think that he himself is like, as intense as his politics are, whereas I think Mark Pellegrino just create, she's as intense. Yeah, for sure. She's a crazy person who, like found politics as a way to, like, express her craziness, which is not which is very things that she belongs in, like an MLM where they market people on Instagram like that Z That's the other way it could have gone. Yeah, that's better for her. Like it she would do well, should bully these women into, like, signing our lives over. Absolutely.
Up Next
Popular Playlists
Best Yoga Podcasts for Experienced Yogis & for Beginners (Audio) Sour Shoe's Greatest Moments on Howard Stern Listen to: Top 15 Funniest Barack Obama Quotes 9 Game Design Podcasts Every Game Designer Needs to Hear 7 Podcast Episodes About The Golden State Killer That Will Keep You Up at Night David Ray Parker & Shocking Audio of the Toy Box Killer You Need to Hear 8 UFO & Aliens Podcasts That Will Abduct Your Mind Audio Cheat Sheet To The Sexy Liberal Podcast Network Controversial Joe Rogan Experience Episodes Audio Wack Packer Beetlejuice Best Moments on The Howard Stern Show 12 Best Episodes of the NoSleep Podcast to Keep You Up at Night
Popular Categories
ASMR Business & Tech Cannabis Fashion & Beauty Gaming History Home & Garden Kids & Family Spirituality Travel
Add to playlist
New playlist