Your changes have been saved
All Audio Geek Channel 8

Nat talks about the opening of Tarzan of the Apes

From Audio: Geek Channel 8 - Tarzan of the Apes 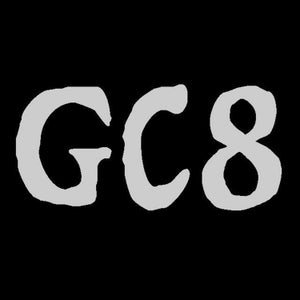 Geek Channel 8
Jump to Full Description Transcript
Playlists that Nat talks about the opening of Tarzan of the Apes appears on.

There are currently no playlists containing this audio.
Add this audio track to one of your playlists
Add to Playlist
Up Next
Full Description
Back to Top
In 1918 the language of film wasn't fully developed.
Transcripts
Back to Top
if you don't mind if I jump in jump Like what I realized in the first two minutes of the film. When there a I want to know when was B roll invented because I don't know that B roll had technically been invented when they filmed this in 1918. But they put together what I would refer to as like a solid minute and a half of B roll exposition shots to the point where I was bored of looking at, like, obviously, zoo filmed creatures tryingto Africa. They're trying to establish that this is taking place in Africa. They're trying to establish, like the character in the location. It's a but it just kept going and like they hadn't invented, they hadn't discovered how long exposition.
Up Next
Popular Playlists
Best Yoga Podcasts for Experienced Yogis & for Beginners (Audio) Sour Shoe's Greatest Moments on Howard Stern Listen to: Top 15 Funniest Barack Obama Quotes 9 Game Design Podcasts Every Game Designer Needs to Hear 7 Podcast Episodes About The Golden State Killer That Will Keep You Up at Night David Ray Parker & Shocking Audio of the Toy Box Killer You Need to Hear 8 UFO & Aliens Podcasts That Will Abduct Your Mind Audio Cheat Sheet To The Sexy Liberal Podcast Network Controversial Joe Rogan Experience Episodes Audio Wack Packer Beetlejuice Best Moments on The Howard Stern Show 12 Best Episodes of the NoSleep Podcast to Keep You Up at Night
Popular Categories
ASMR Business & Tech Cannabis Fashion & Beauty Gaming History Home & Garden Kids & Family Spirituality Travel
Add to playlist
New playlist