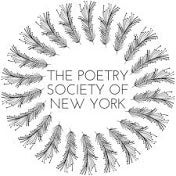 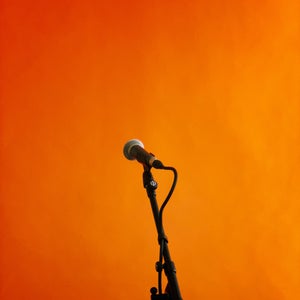 Words of The Week
01:07:08 2/16/21 12 audios
Up Next
Full Description
Back to Top
Irish poet, professor of poetry, editor, critic, playwright, lyricist, and all-around wonderful human, Paul Muldoon, reads his new poem "The Plumber," which circles around social issues and how one's assumptions don't always align with reality. Muldoon won the 2003 Pulitzer Prize for Poetry, the 2004 European poetry prize many other accolades during his brilliant career.
Transcripts
Back to Top
Okay. Next up, we have Paul Muldoon. Uh, Paul is an Irish poet and professor of poetry as well as an editor. Critic, playwright, lyricist, translator all around. Wonderful human. Uh, well doing is the author of 13 major collections of poetry, including Frolic and Detour. 1000 Things Worth Knowing Maggot Horse Latitudes, Moist Sand and Gravel. Hey, The Annals of Chile Matic. A mystery meeting The British Proof Why Brownlee Left Mules and New brother Among his the words are the 1972 Eric Gregory Award the 1994 TS. Eliot Prize the 1997 Irish Times Poetry Prize The 2003 Pulitzer Prize for Poetry The 2003 Griffin International Prize for Excellence in Poetry 2004 American I Died Ireland Funds Literary Award The 2004 Shakespeare Prize, The 2006 European Poetry Prize The 2015 Piggott Poetry Prize 2017. Spirit of Ireland Award from the Irish Arts Center Oh my God! The list goes on and on and on a really impressive resume. E has professor of poetry at Oxford University from 99 to 2004, and as poetry editor of the New Yorker from 2017. I'm sorry. 2007 to 2017. We just call it Princeton University since 87 currently occupies Howard G. B. Clark 21. Share humanity. Hey, Paul. Hey. How are you? Well, well, I'm thrilled to be here. Thank you very much indeed. Thank you so much for for having may Where to begin. You know, I'm going to begin with a new poem. It's a political poem. I suppose that all bombs air, political some are more political than others. It's called the Plumber. Even John Smith, new people of some social standing called it the loo instead of the hand. Even Stuyvesant knew it made sense to come down hard on the Jews to gain a little street crab. It was known even to Cotton Mather Ah, which could speak quite openly. Rather than be taken to the wood shed. We suppose the place aren't still lining up to block their far from clean. Please. Blotter. We have to believe a cop won't be absolved of sin because he's wearing a badge of 10. We suppose the plumber works mostly and lad when he works mostly in water. We suppose the plumber works mostly in land when his medium is mostly water. Even Khrushchev knew he could drive home or points with his show than a thermonuclear warhead. Even McCarthy knew the all too loquacious Sue were better dead than red. It was known, even toe Hedda Hopper. The White House was the home of a whopper that was always served on white brand. We supposed the impious imp cannot in good faith give himself on improve matter. We have to believe we won't be taking it on the chin because of the color of our skin. We suppose the plumber works mostly in land when he works, mostly in water. We suppose the plumber works mostly in land, when his medium is mostly water. Even the unprincipled wheeler knows what Lawrence Peter says. Go goes for almost every agency hand. Even Bill Bar knows the Mercury in the barometer shows he's hanging on by a thread. It's known even to Mitch McConnell, the cookers mawr than ever funnel and can push a grown man out of bed. We suppose that even when it's run by a tiny topped state, most likely won't daughter. We have to believe we might still win, if only because the system is wearing thin. We suppose the plumber works mostly in land when he works mostly in water. We suppose the plumber works mostly in land when his medium is mostly water.
Up Next
Popular Playlists
Best Yoga Podcasts for Experienced Yogis & for Beginners (Audio) Sour Shoe's Greatest Moments on Howard Stern Listen to: Top 15 Funniest Barack Obama Quotes 9 Game Design Podcasts Every Game Designer Needs to Hear 7 Podcast Episodes About The Golden State Killer That Will Keep You Up at Night David Ray Parker & Shocking Audio of the Toy Box Killer You Need to Hear 8 UFO & Aliens Podcasts That Will Abduct Your Mind Audio Cheat Sheet To The Sexy Liberal Podcast Network Controversial Joe Rogan Experience Episodes Audio Wack Packer Beetlejuice Best Moments on The Howard Stern Show 12 Best Episodes of the NoSleep Podcast to Keep You Up at Night
Popular Categories
ASMR Business & Tech Cannabis Fashion & Beauty Gaming History Home & Garden Kids & Family Spirituality Travel
Add to playlist
New playlist