Disney got so much money!!!

From Audio: Episode 29: Sub-Zero and the Black Power Grid 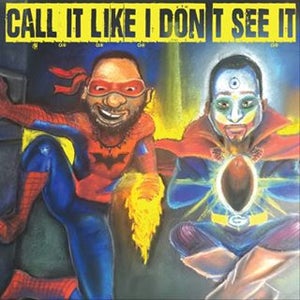 Gregory Pierre Audio Station
Jump to Full Description Transcript
Playlists that Disney got so much money!!! appears on.

There are currently no playlists containing this audio.
Add this audio track to one of your playlists
Add to Playlist
Up Next
Full Description
Back to Top
AD & GP tells you in various cases on how much money Disney really have
Transcripts
Back to Top
good. I don't know if I'll check it out in theaters. I'll probably wait, but I mean, it looks like you got some promise, but it's Disney. You know, Disney got all the money they could just got so much these remakes got so much money, and they could do as many remakes as they won't. How much money do they got? How much money? How much money? You know what? I'm gonna tell you how much money Disney have. How much money? Disney guy. Disney got so much money Day mutated a rat to somewhat resembles Mickey Mouse. E heard that Disney got so much money that they could build their own planet, have it destroyed by their own global disaster and then build it all back again. Away. E heard This has got so much money, they are building a park near the earth's core. Why the hell are they gonna do that? Because they got so much money they can. Oh, my God. There's a lot of money. E Disney got so much money they could reverse the effects of global warming, right? And pay scientists to create their own weather. They're gonna call it d weather right D weather, Disney weather. So everybody's gonna have their own weather forecast. But then those that's following the Disney weather is gonna have something completely different. That's how much money Disney. Oh, thay this'll One here might resembles the truth off. How much Disney have Disney got so much money to become a Disney child star? They gotta go through a draft like the NFL and the NBA. Uh, they gotta go through a draft. Wow, that's real facts right there. No, that's just me making it up. Oh, I'm like, Wait, how about the Google? That stuff I said that could be true. It could be that, I don't know. That's probably really close to the truth there. Yeah, I lastly, heard that Disney got so much money they could create their own movie theater right there. Old movie theater chain, monopolize it. And then eventually by AMC and Regal theaters, competition over. They own everything. That's how much money Disney got. E So yeah, if you don't know now and you upset about remakes and all that, don't worry about it. Does he got the money will be just fine.
Up Next
Popular Playlists
Best Yoga Podcasts for Experienced Yogis & for Beginners (Audio) Sour Shoe's Greatest Moments on Howard Stern Listen to: Top 15 Funniest Barack Obama Quotes 9 Game Design Podcasts Every Game Designer Needs to Hear 7 Podcast Episodes About The Golden State Killer That Will Keep You Up at Night David Parker Ray & Shocking Audio of the Toy Box Killer You Need to Hear 8 UFO & Aliens Podcasts That Will Abduct Your Mind Audio Cheat Sheet To The Sexy Liberal Podcast Network Controversial Joe Rogan Experience Episodes Audio Wack Packer Beetlejuice Best Moments on The Howard Stern Show 12 Best Episodes of the NoSleep Podcast to Keep You Up at Night
Popular Categories
ASMR Business & Tech Cannabis Fashion & Beauty Gaming History Home & Garden Kids & Family Spirituality Travel
Add to playlist
New playlist