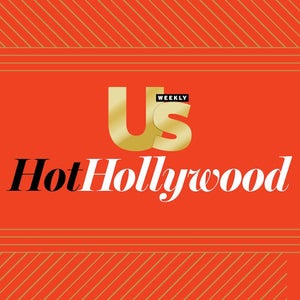 Archive of All Sizzle Clips from Hot Hollywood
18:29 3/5/21 6 audios
Up Next
Full Description
Back to Top
Listen to Us Weekly editors break down Prince Harry and Meghan Markle's bombshell claims and how Kate Middleton and Queen Elizabeth II are responding.
Transcripts
Back to Top
she started a fire and she's going to watch the monarchy. What's that word again? Burn. This week, Meghan and Harry have turned the royal family upside down, throwing them across the pond to Canada and then washed up on the shores of Santa Monica. This week, after Harry and Meghan's CBS interview, the Palace waited a little while but have finally responded to their claims. When Why don't you read us what the Crown said about the CBS interview. The following statement was issued by Buckingham Palace on behalf of Her Majesty the Queen. The whole family is saddened to learn the full extent of how challenging the last few years have been. For Harry and Meghan, the issues raised, particularly that of race, are concerning. While some recollections may vary, they are taken very seriously me and will be addressed by the family privately. Harry, Meghan and Archie will always be much loved family members. So, you know, it only took, like, two days for the palace to issue a statement. What they did, they did, um, Sarah here on what did you think when you first saw the statement? Other than the obvious shade of while recollections may be different. Yeah. I mean, why? When I first saw it, I was like, Oh, that's pretty classy, like a quick little you know, we're going to address this privately, as the interview was airing. I mean, I have so many thoughts, feelings, mixed feelings, concerns, questions, more questions than answers. I've been conflicted this whole time because, like, I want the gossip and I want the tea. But also, the whole thing just made me really sad for Megan, for Harry, for everyone involved. But the statement specifically. I mean, at first I was like, Okay, I was kind of surprised that even if not honestly, I was kind of expecting them not to say anything, which is crazy, but I don't know why. That's kind of what my instinct went to. And then after the four day went by and they didn't say anything, I really thought that, um but the mai the recollections may vary. Reminded me of like a housewives, like I'm sorry. I heard I'm sorry if you felt that way, which was it was it was definitely there for a reason. But I think that if one thing I definitely learned during this whole interview is that Megan and Harry have a good relationship with the queen of all people. I think that that was a line that they just weren't willing to cross. You know, they can burn the whole thing down. But don't touch the queen because the queen is the queen. And now here's the thing, you guys, because you've heard me and my opinions about this subject for quite a long time. And I do have to say that the interview swayed me a little bit, and I'm feeling a lot more empathy and compassion for Megan and everything that they
Up Next
Popular Playlists
Best Yoga Podcasts for Experienced Yogis & for Beginners (Audio) Sour Shoe's Greatest Moments on Howard Stern Listen to: Top 15 Funniest Barack Obama Quotes 9 Game Design Podcasts Every Game Designer Needs to Hear 7 Podcast Episodes About The Golden State Killer That Will Keep You Up at Night David Ray Parker & Shocking Audio of the Toy Box Killer You Need to Hear 8 UFO & Aliens Podcasts That Will Abduct Your Mind Audio Cheat Sheet To The Sexy Liberal Podcast Network Controversial Joe Rogan Experience Episodes Audio Wack Packer Beetlejuice Best Moments on The Howard Stern Show 12 Best Episodes of the NoSleep Podcast to Keep You Up at Night
Popular Categories
ASMR Business & Tech Cannabis Fashion & Beauty Gaming History Home & Garden Kids & Family Spirituality Travel
Add to playlist
New playlist