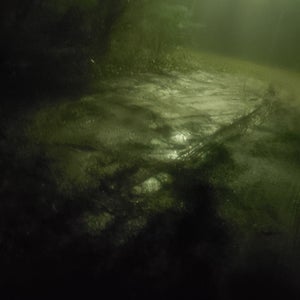 Share
station description A description is a start I guess. it's not gonna go in any certain direction. but h... read more

Start Time: 00:00 End Time: 03:56
Interview with Vicky car my cousin and a brilliant singer in Las Vegas
Category: Other Audio
Upload Date: Mar 14, 2021
Snipped By:
Share
station description A description is a start I guess. it's not gonna go in any certain direction. but h... read more

Podcast Ponder " Church of the Driven"
Jump to Full Description Transcript
Playlists that Cuz appears on.

There are currently no playlists containing this audio.
Add this audio track to one of your playlists
Add to Playlist
Up Next
Full Description
Back to Top
Interview with Vicky car my cousin and a brilliant singer in Las Vegas
Transcripts
Back to Top
right. Hi. This is Scott Lee with the Church of the Driven. As I said yesterday, we, uh, have a special guest, or I have a special guest. My dear cousin Vickie from Las Vegas. Uh, she is, uh, hopefully she's on the line right now. I think I got this work now because it says we're connected on the same page. So we're good to go. The last one did not record. So here we go again. Can you hear me? I can hear you. Yes, I can. This is my cousin Vickie. Uh, and she is, uh, an entertainer in Las Vegas singer producer, her own entertainment company. But we're going to talk about what it's like in Las Vegas right now due to the covid and how everything has changed. And Okay, here's Vicki. Hey, everybody. Welcome to Las Vegas. The land of many different things. Um, yeah. So, Scott, everything here has changed dramatically in the last year. Probably. This is the weirdest time in Las Vegas history. I would say yes. Yes, because you remember how when, like a famous person would die, the some of the casinos would turn their lights off for like a whole minute silence. And like, Oh, my God, We're losing money. Hurry up. So this is killing them. So that's rare. Yeah, you know what? I'm sorry to interrupt you, but that is so right on the money. As far as how it is right now, things have, uh, casinos have closed most of the week. Many of them are closed 100%. Some are closed from, like, Wednesday through Sunday morning. And then they reopened, you know, from Thursday to Sunday at noon. And it's it's just so bizarre. Um, we were notified yesterday that a lot of the casinos are gonna start going 24 7 again. So we really need that. We've got to get our good visitors back, and not and I will say this a lot of riffraff this last year because the rooms have been so cheap, it's turning Vegas into a place we don't want it to be. Yes, absolutely. We need to have the mob come back in and clean the town up. Yep. I've been saying that for a long time. A long time. So true, because, you know, we got there as a family, all of us. We came individually, but in the early in the mid seventies, and it was mob run by that, and it was a safe. Never had a problem place to be. But, you know, with any expansion of anything, talents or whatever. Of course, more people are going to come in the criminals, the future criminals of our society, whatever. I mean, they just couldn't corrupted a lot of people. It could have me and I and I just didn't go that direction. And Vicky didn't. And we always have jobs and people in our lives that we all had to account for, and more or less, you know, if not parents, it was our better halves or whatever. Whoever we were shacking up with at the time, I was actually, you know how I was like next? Yeah. I'm sorry to get you married them? Yeah, that was That was the mistake. I should have learned after the first one. Uh, for punishment, Um, and a lot of other things on the list that I'll go over later when no one is listening. So you have today off. So what's going on? Getting acclimated to my new position, which, like I mentioned on our last a conversation that I got promoted to larger area
Up Next
Popular Playlists
Best Yoga Podcasts: Listen & Learn New Poses Sour Shoe's Greatest Moments on Howard Stern Listen to: Top 15 Funniest Barack Obama Quotes 9 Game Design Podcasts Every Game Designer Needs to Hear 7 Podcast Episodes About The Golden State Killer That Will Keep You Up at Night David Parker Ray & Shocking Audio of the Toy Box Killer You Need to Hear 8 UFO & Aliens Podcasts That Will Abduct Your Mind Audio Cheat Sheet To The Sexy Liberal Podcast Network Controversial Joe Rogan Experience Episodes Audio Wack Packer Beetlejuice Best Moments on The Howard Stern Show 12 Best Episodes of the NoSleep Podcast to Keep You Up at Night
Popular Categories
ASMR Business & Tech Cannabis Fashion & Beauty Gaming History Home & Garden Kids & Family Spirituality Travel
Add to playlist
New playlist