Your changes have been saved
All Audio Oprah’s SuperSoul Conversations

From Audio: Oprah and Lady Gaga: Your Life in Focus

Share
station description Awaken, discover and connect to the deeper meaning of the world around you with Sup... read more

Start Time: 11:43 End Time: 15:46
In an interview with Oprah, Lady gag talks about her struggles with mental health and fibromyalgia. She then vows to bring the top experts in every field together to confront the ongoing mental health crisis confronting the globe.
Category: Society & Culture
Upload Date: Mar 19, 2021
Snipped By:
Share 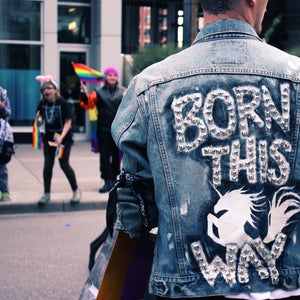 Lady Gaga's Best Interviews on Podcasts
02:02:23 3/24/21 12 audios
Up Next
Full Description
Back to Top
Lady Gaga tells Oprah about her struggles with fibromyalgia, a form of chronic neuropathic pain. Gaga's fibromyalgia stems from a traumatic experience in her past which had a severe impact on her mental health, resulting in PTSD and an "incredible intense pain" through Gaga's entire body. While Gaga hasn't escaped her pain, but in this snippet, she takes an oath to bring the top experts in every field together to tackle the mental health crises confronting the globe.
Transcripts
Back to Top
shoes and I struck gold also with chronic pain. Some call it fibromyalgia or neuropathic pain. What does that mean? Fibromyalgia. What does that mean? That is a very big question, Oprah. So fibromyalgia is essentially a chronic pain condition that makes your body hurt after your brain. Now someone that might be watching this, that has. It might be saying, Don't tell me that my fibromyalgia is in my head because my whole body hurts and even sitting here with you today I am in head to toe pain. But what's interesting about it is that I have found through Euros Ike research and my relationship with my doctors that fibromyalgia can be treated through mental health therapy and mental health is a medical condition. It should be treated as a medical condition. It should not be ignored. And I so twice you've said you have mental health issues. What does that mean for you? Because, as I was sharing with you on the phone, I have a girls' school with girls who have come from traumatic backgrounds, and I didn't know until I started this school because I had this idea that I'm going to create the school and everybody is going to come and they're going to get an education that are going to go out in the world. Everything is gonna be fabulous. I had no idea the impact that trauma Yes, has on your mental health. Well, I've shared this with you and I will share it again, very vulnerably with all of you, I could open my book and read it, but I'll just tell you so I was raped repeatedly when I was 19 years old. And I also developed PTSD as a result of the rape as a result of being raped and also not processing that trauma. I did not have anyone help me. I did not have a therapist. I did not have a psychiatrist. I did not have a doctor helped me through it. I just all of a sudden became a star and was traveling the world going from hotel room to garage to limo, too. Two stage and I never dealt with it. And then all of a sudden I started to experience this incredible, intense pain throughout my entire body that mimicked actually the illness that I felt after I was raped. So with that you raped by someone you knew I was raped by someone that I knew repeatedly. Um, and it was a trauma response. So when you asked me about what fibromyalgia is, what I would like for you to know and to shine a light on is that many people don't know what it is, and we need to all get together and figure this out. And this is how we're going to do it. There's the neuro psych aspect. There's also an immunity aspect that where there is a possibility that the immune system has something to do with fibromyalgia or trauma response or neuropathic pain, whatever you wanna call it. And there's also some similarities in my condition to autoimmune diseases. But fibromyalgia is not an auto immune disease. So what I take an oath as a commitment today with you is it's 2020. And for the next decade and maybe longer, I'm going to get the smartest scientists, doctors, psychiatrists, mathematicians, researchers and professors in the same room together. And we're going to go through each problem one by one. And we are going to solve this mental health crisis. Yeah, yeah, mhm. So when you are raped and you have no way of processing that the triggers come in all forms
Up Next
Popular Playlists
Best Yoga Podcasts for Experienced Yogis & for Beginners (Audio) Sour Shoe's Greatest Moments on Howard Stern Listen to: Top 15 Funniest Barack Obama Quotes 9 Game Design Podcasts Every Game Designer Needs to Hear 7 Podcast Episodes About The Golden State Killer That Will Keep You Up at Night David Parker Ray & Shocking Audio of the Toy Box Killer You Need to Hear 8 UFO & Aliens Podcasts That Will Abduct Your Mind Audio Cheat Sheet To The Sexy Liberal Podcast Network Controversial Joe Rogan Experience Episodes Audio Wack Packer Beetlejuice Best Moments on The Howard Stern Show 12 Best Episodes of the NoSleep Podcast to Keep You Up at Night
Popular Categories
ASMR Business & Tech Cannabis Fashion & Beauty Gaming History Home & Garden Kids & Family Spirituality Travel
Add to playlist
New playlist