Snippet of Getting Real with the Housewives: Lisa Vanderpump Reveals the Moment She Knew She Was Done With 'RHOH' - Plus, Gives an Update on ‘Vanderpump Rules’

From Audio: Lisa Vanderpump Reveals the Moment She Knew She Was Done With ‘RHOBH’ – Plus, Gives an Update on ‘Vanderpump Rules’

Us Weekly's Getting Real with the Housewives
5 Listens
Duration: 03:27
Play Audio
Add to Playlist
Share Report

Lisa Vanderpump reveals if there’s anything she misses about ‘Housewives’. Though she doesn’t pay that much attention to it, the drama still follows her today.
Category: Entertainment TV
Upload Date: Mar 19, 2021
Snipped By:
Share

Erica Sullivan
Jump to Full Description Transcript
Playlists that Snippet of Getting Real with the Housewives: Lisa Vanderpump Reveals the Moment She Knew She Was Done With 'RHOH' - Plus, Gives an Update on ‘Vanderpump Rules’ appears on.
Share 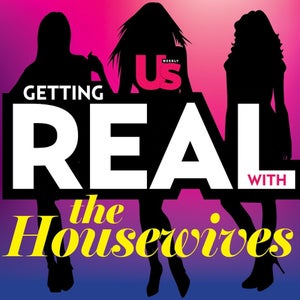 Archive of All Sizzle Clips from Getting Real with the Housewives
12:47 3/5/21 5 audios
Up Next
Full Description
Back to Top
Lisa Vanderpump reveals if there’s anything she misses about ‘Housewives’. Though she doesn’t pay that much attention to it, the drama still follows her today.
Transcripts
Back to Top
I've been open about my feelings, but you can write on one hand what I said about them. They have continued to talk about me and to put me in flashback, which I understand. I have never watched it, but I've been told, but a lot of I've heard a lot of nasty comments come from a couple of peoples mouth. Um, you know, keep denigrating me, or but I really don't pay that much attention to it. Of course, you see things on social media. I left because I was very, very, very unhappy. And I don't appreciate, you know, I didn't appreciate being called a liar because, you know, there, that's just not when you okay, you know, as a journalist, whenever have I ever comes that I've got a story to sell like so many others do. So you know? And I got good friends that journalists that say, I'm not going to go there, so to accuse me of telling a story when you never get stories come out of my restaurants, you know? So it was such an insult to me, and it was about my heart. It was about the Van Dog Foundation, which was something that was born out of complete compassion and my passion project. I just thought I'm done with it. You know, I'm just I think you heard a hint of that when I said, I'm passionate about dogs. Just not crazy about bitches the season before, you know, like, and you I think you expect loyalty from a friend. And I think if a friend to me my Children are sacred Many things are sacred in my life. But you know my animals, my family, my Children. When you say I swear to you and I'm very much a god fearing woman, you know, I helped with the church with a homeless every week for 14 years until covid. So for me to say, I swear to you or my Children's life and somebody goes, I don't believe you in that nanosecond, I knew That's it. That's it, that's it. And to be any friend of mine. If they would say and I swear to you on my Children's life, I would not ever need to question anything again that that's you know who I am. And that's what it would mean to me if somebody said that to me and say Okay, okay. I get it. You know? So I walked out. Look, I'm really asking. I don't want this hole in the future be about because it was a long time ago, you know, um, but, you know, good luck. And if they want to be, um, negative, that's their problem. It's not mine, right? No, totally. I totally I totally understand that. But like we said, we have You have so many things to look forward to, and I know a lot of fans are looking forward to the next season of Vanderpump. I mean, do you have any update on when we can hopefully resume filming again? And then, you know, obviously there's been a lot of chatter about diversity on the show. And what can we expect the next season in terms of, you know, maybe the cast, Because there have been a lot of shakeups. Well, yeah, they have. But the people that were let go weren't really working for me anyway. Uh, they've kind of moved on, even though they were still very much part of the camp, you know, because they were all involved. Jax would work sometimes, but, you know start seeing. Kristen hadn't worked for me for a couple of years. You know, um, I have a lot of diverse people working for me anyway. Whether they want to be on the show or not, you know, it's up to them. That's always been the way. I mean, there's been a lot of people in the background, diverse people, background. They haven't necessarily wanted to come forward. But, you know, we're always looking for great characters, and you
Up Next
Popular Playlists
Best Yoga Podcasts for Experienced Yogis & for Beginners (Audio) Sour Shoe's Greatest Moments on Howard Stern Listen to: Top 15 Funniest Barack Obama Quotes 9 Game Design Podcasts Every Game Designer Needs to Hear 7 Podcast Episodes About The Golden State Killer That Will Keep You Up at Night David Ray Parker & Shocking Audio of the Toy Box Killer You Need to Hear 8 UFO & Aliens Podcasts That Will Abduct Your Mind Audio Cheat Sheet To The Sexy Liberal Podcast Network Controversial Joe Rogan Experience Episodes Audio Wack Packer Beetlejuice Best Moments on The Howard Stern Show 12 Best Episodes of the NoSleep Podcast to Keep You Up at Night
Popular Categories
ASMR Business & Tech Cannabis Fashion & Beauty Gaming History Home & Garden Kids & Family Spirituality Travel
Add to playlist
New playlist