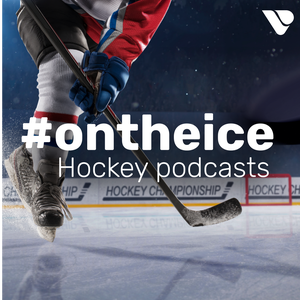 On the Ice
01:56:04 3/21/21 12 audios
Up Next
Full Description
Back to Top
Craig Constance talks with Hockey Hall of Famer and TSN Hockey insider Bob Mckenzie about his new book, and how hockey culture has changed in recent years. Bob, whose latest book follows the lives of hockey heroes who battled discrimination on the basis of racial and sexual identity, as well as physical disabilities, says he's encouraged by recent trends towards a more open attitude in the hockey community, but he's really not the right person to say whether or not things are better right now
Transcripts
Back to Top
to analyze this, but you do have the perspective of you have, and I don't know who can say this. But, you know, you've had these meaningful conversations with Terry and Lindbergh. You've had meaningful conversations with, you know, the next generation that Kevin Weeks, Anson Carter's and I'm sure with, like a guy like to kill Thomas. How much different do you think it is now for? You know that that generation coming through now Scarborough for the black hockey player? Probably the first answer I will give you that question would be is is I'm probably not qualified because because what I realized is because I've done so many interviews promoting the book, people are saying, Well, do you think the hockey culture is a lot better now than it was? And the short answer is, Yes, it is. Is it nearly good enough? No, it's not. But I've become more finely tuned to the sensitivities of people of color or anybody who, whatever, whatever demographic they happen to belong to, I've become much more finely tuned to. I shouldn't be the one speaking as to are things better or worse, you know, I've got to believe that whatever Kerry and Lindbergh experienced, it's probably better now relative to what they experienced for most of the players that have made it to the National Hockey League or Players of Colour today. But by the same token, we'd be foolish to think. But there isn't still, um, racism on, you know, and some of it. Some people are blissfully ignorant of racial tendencies, and some people are willfully ignorant. Um, but, you know, it's got to be better, but not nearly good enough from what I understand, I would think and really take hockey out of the equation for a minute. I mean, come on, we always talk about hockey culture, and I get that, um, and that, But it's not yeah, not hockey culture, its culture and society. You know, George Floyd and Brianna Taylor and everything that's going on with black lives matter, you know. So it would be easy for me or you or somebody to say, Well, it's better now than in the 19 sixties, but you know, those that would bring up George Floyd, Brianna Taylor would say, No, it's not so you know, a couple of white dudes talking about it and you got to be careful in trying to assess. We're culture society that we like to think it's headed in the right direction, but it's a painful process. So maybe the better question is, what have you learned your
Up Next
Popular Playlists
Best Yoga Podcasts for Experienced Yogis & for Beginners (Audio) Sour Shoe's Greatest Moments on Howard Stern Listen to: Top 15 Funniest Barack Obama Quotes 9 Game Design Podcasts Every Game Designer Needs to Hear 7 Podcast Episodes About The Golden State Killer That Will Keep You Up at Night David Parker Ray & Shocking Audio of the Toy Box Killer You Need to Hear 8 UFO & Aliens Podcasts That Will Abduct Your Mind Audio Cheat Sheet To The Sexy Liberal Podcast Network Controversial Joe Rogan Experience Episodes Audio Wack Packer Beetlejuice Best Moments on The Howard Stern Show 12 Best Episodes of the NoSleep Podcast to Keep You Up at Night
Popular Categories
ASMR Business & Tech Cannabis Fashion & Beauty Gaming History Home & Garden Kids & Family Spirituality Travel
Add to playlist
New playlist