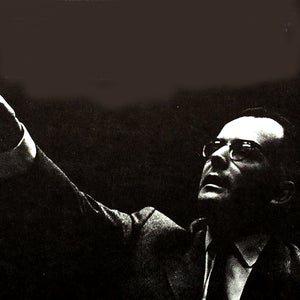 Historic concerts again this week. This one from Switzerland featuring Orchestre de la Suisse Romande led by then-music Director Wolfgang Sawallisch and featuring pianist Rudolf Serkin in a program of music of Handel, Brahms and Honegger. It was recorded on October 8, 1975 by Radio Suisse Romande. 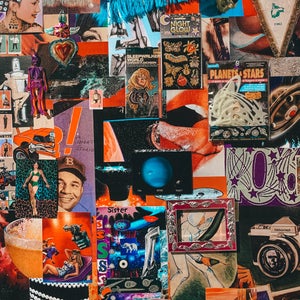 Past Daily: World of Music
07:04:49 11/3/20 21 audios
Up Next
Full Description
Back to Top
Historic concerts again this week. This one from Switzerland featuring Orchestre de la Suisse Romande led by then-music Director Wolfgang Sawallisch and featuring pianist Rudolf Serkin in a program of music of Handel, Brahms and Honegger. It was recorded on October 8, 1975 by Radio Suisse Romande.

Opening the concert with the Handel Concerto Grosso op. 6 Number 12. The orchestra is joined by Rudolf Serkin for a performance of the Brahms 1st Piano Concerto and the concert concludes with Arthur Honegger’s Symphony Number 3 “Liturgie”.

On news of his passing in 2013, David Patrick Stearns of The Guardian wrote a very insightful piece on the career of Wolfgang Sawallisch:

Once described as “a sphinx in a tailcoat”, the German conductor Wolfgang Sawallisch, who has died aged 89, conducted supremely idiomatic performances of Richard Strauss. His personality always melded seamlessly with the music he conducted. Though he enjoyed great veneration, the suave and personable Sawallisch did not cultivate it. “He never made a star of himself,” said the soprano Elisabeth Schwarzkopf. “He wants to make music … untrammelled.” She added: “It’s a wonderful sensation. It’s as if you’re in private.”

Sawallisch’s restrained physicality, contradicted by the occasional, discreet leap at the end of The Firebird, later gave way to a particularly intense passion. In middle age he had a certain emotional aloofness, yet his readings of Shostakovich and Brahms symphonies in his 70s were described as “suffocating” in their extremity. His Beethoven Pastoral symphony left hardened recording engineers in tears. While his early 1970s recordings of the Schumann symphonies with the Dresden Staatskapelle had long been considered classics, Sawallisch eclipsed even his own standard with the Philadelphia Orchestra’s 2003 live recording of the Symphony No 2 – despite such ill health that some feared he would collapse mid-performance.

Rudolf Serkin needs almost no qualifying, but for those who don’t know who he was . . .

Rudolf Serkin is widely regarded as one of the greatest Beethoven interpreters of the 20th century. Hailed as a child prodigy, he was sent to Vienna at the age of 9, where he studied piano with Richard Robert and, later, composition with Joseph Marx, making his public debut with the Vienna Philharmonic at 12. From 1918 to 1920 he studied composition with Arnold Schoenberg and participated actively in Schoenberg’s Society for the Private Performance of Music. He began a regular concert career in 1920, living in Berlin with the German violinist Adolf Busch and his family, which included a then-3-year-old daughter Irene, whom Serkin would marry 15 years later.

In 1921, at age 17, he made his Berlin debut performing in Busch’s ensemble as the keyboard soloist in the Brandenburg Concerto No. 5. At the end of the concert, Busch told Serkin to play an encore to the enthusiastic audience. Serkin later reported that he asked Busch, “What shall I play?” and Busch “as a joke” told him to play the Goldberg Variations “and I took him seriously. When I finished there were only four people left: Adolf Busch, Artur Schnabel, Alfred Einstein and me.”

In the 1920s and early 1930s, Serkin performed throughout Europe both as soloist and with Busch and the Busch Quartet. With the rise of Hitler in Germany in 1933, Serkin and the Busches (who were not Jewish but who vehemently opposed the Nazi regime) left Berlin for Basel, Switzerland.

In 1933, Serkin made his first United States appearance at the Coolidge Festival in Washington, D.C., where he performed with Adolf Busch. In 1936, he launched his solo concert career in the US with the New York Philharmonic under Arturo Toscanini. The critics raved, describing him as “an artist of unusual and impressive talents in possession of a crystalline technique, plenty of power, delicacy, and tonal purity.”In 1937, Serkin played his first New York City recital at Carnegie Hall.
A classic and historic concert all the way around. All that’s left for you is to hit the play button and enjoy.