Snippet of Royally Us: Princes Charles Led Palace Response to Meghan & Harry, How The Family Can Repair the Rift

From Audio: Prince Charles Led Palace Response to Meghan & Harry, How The Family Can Repair the Rift

Erica Sullivan
Jump to Full Description Transcript
Playlists that Snippet of Royally Us: Princes Charles Led Palace Response to Meghan & Harry, How The Family Can Repair the Rift appears on.
Share 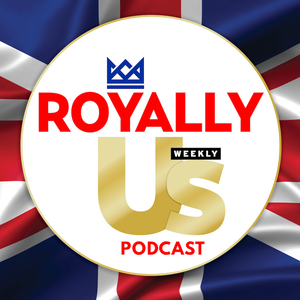 Archive of All Sizzle Clips from Royally Us
17:36 3/5/21 7 audios
Up Next
Full Description
Back to Top
Listen to the Us editors discuss Prince Charles leading the palace response to Prince Harry and Meghan Markle’s interview.
Transcripts
Back to Top
Well, now it is time to spill the royalty. And we're hearing that it was Prince Charles rather than Queen Elizabeth, who took charge and responding to Megan and Prince Harry's scandalous interview. So, I mean, is this surprising to you? Kind of. Just because I thought that the statement was so stiff and kind of cold, I wouldn't think that it would have been the statement of a father to a son. I would have thought it would have been, you know, sort of handled by the palace workers and like with the queen's input, and we know that she doesn't really like to show any emotion in public. So that's what I thought. I don't know. What did you think? I was kind of surprised about it, too. Yeah, but on the other hand, maybe not because Harry said that their relationship has been so strange for so long that I feel like when Charles saw this interview, he was probably really angry about it. And, you know, maybe he's just kind of on the defense. And this is kind of what we talk about coming up with our interview with Dr Dr Camped about how you know they should be talking about this privately rather than putting it in the public. But I don't know it does. I don't know. You can see it both ways, I guess. Definitely. I guess they probably wanted to put in as little detail as possible so it wouldn't turn into a whole nother press fiasco, which, of course, it's still did anyway Total.
Up Next
Popular Playlists
Best Yoga Podcasts for Experienced Yogis & for Beginners (Audio) Sour Shoe's Greatest Moments on Howard Stern Listen to: Top 15 Funniest Barack Obama Quotes 9 Game Design Podcasts Every Game Designer Needs to Hear 7 Podcast Episodes About The Golden State Killer That Will Keep You Up at Night David Ray Parker & Shocking Audio of the Toy Box Killer You Need to Hear 8 UFO & Aliens Podcasts That Will Abduct Your Mind Audio Cheat Sheet To The Sexy Liberal Podcast Network Controversial Joe Rogan Experience Episodes Audio Wack Packer Beetlejuice Best Moments on The Howard Stern Show 12 Best Episodes of the NoSleep Podcast to Keep You Up at Night
Popular Categories
ASMR Business & Tech Cannabis Fashion & Beauty Gaming History Home & Garden Kids & Family Spirituality Travel
Add to playlist
New playlist