Start Time: 22:16 End Time: 25:47
Gonzaga, as the overall number one seed in the NCAA tournament, is dominating every team they've faced, but now that they are in the Elite 8, will we finally see Goliath stumble? Gary Parrish and Matt Norlander cover Ken Pom's stats on who will win the NCAA title.
Category: Sports & Adventure Basketball
Upload Date: Mar 29, 2021
Snipped By:
Share 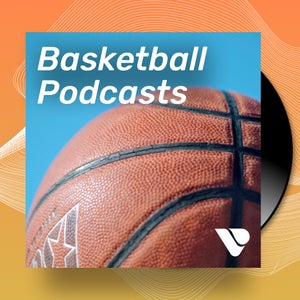 On The Court
56:31 3/4/21 11 audios
Up Next
Full Description
Back to Top
Gonzaga, as the overall number one seed in the NCAA tournament, is dominating every team they've faced, but now that they are in the Elite 8, will we finally see Goliath stumble? Gary Parrish and Matt Norlander cover Ken Pom's stats on who will win the NCAA title.
Transcripts
Back to Top
Kenpom put out his percentages to win the title with the A team's remaining Gonzaga clearly a top and with a comfortable margin, 39.3% for Gonzaga. But get this Houston's at 18.5%. Baylor is third at 17.1% and then Michigan is fourth at 13.7%. There's a little bit of gap then, and then when you get to USC and then there's actually another gap for Arkansas and U C L. A. And then Oregon State's uh, really bringing up the caboose there, uh, Michigan a bit lower. I think he's probably factoring in the Livers into that, but to have, uh, not only the one seed being the fourth spot with not all 41 seeds available GP, but also a Michigan team that is really bunched up against Baylor in Houston as well. It's that order because that's how it breaks down in the Kenpom rankings right now. So it would make sense. But I just thought the percentages were a little interesting, especially in light of them winning against Florida State the way they did. SportsLine did the same thing tonight and the Gonzaga percentage is a little higher. It's Gonzaga win the championship, 47.2% followed by Baylor at 22.6% followed by Houston at 15.2. Michigan at 10.8. Arkansas, 2.2 U. S. C. At 1.3 U C l a 0.6 in Oregon State, 0.2% Beaver Fever Beaver Fever. We got a uh yeah, we've got it. It's a It's a fun elite eight in terms of lot of lot of high quality, like we can still have a Final Four with three ones and a two. But you do have U C L. A. And or in ST still lingering there like potentially giving us, you know, certainly an unexpected intruder into that Final Four. So the first game on Sunday involved the nation's top ranked team. That's Gonzaga and the Zags look like the nation's stop drinking. They pounded, creating 83 65 just dominated from about the 15 minute mark on At what point? Be honest, Be honest. Dead leg. At one point in the second half did you say All right, time to go. Uh uh, with I want Well, first of all, I mean, the days and the hours they're getting crazy. This is when this is when the Indiana stuff started picking up. We'll save that for another time, but Indiana now has a coach Mike Woodson. But all this stuff was going on, so I lost about I want to say, like, 12 to 14 minutes of real time Where, um between tracking it and sending a few texts checking in with with our editors and everything like that. I just looked up and I was like, This game is tough, like this game is over. I was like, Thank God, by the way, like Gonzaga is making it easy on us. Drew, Timmy, uh, was awesome yet again There. What do you want me to say? Like Gonzaga continues to just roll over. Teams drew to me for the second straight game, was the leading scorer for the Bulldogs. Creighton just did not have the firepower whatsoever there. So, uh, if you've got in the tasty stats, you want to drop on. The listeners feel free. But this was drama free, and I walked out before it was done. I want to say I want to say 4.5 minutes left in the game. I was like, This is over, Not even worth it. And then I bounced along, but yeah, Gonzaga Still, I'm still waiting for them to be threatened, and they might be threatened, and we'll get to the stuffed in the pod. They might be threatened in the next round, but I never thought that Creighton was going to, uh, to threaten here and for for what feels like the, you know, the 19th time in 20 games Gonzaga has covered the spread with these.
Up Next
Popular Playlists
International Yoga Day: Listen & Learn New Poses Sour Shoe's Greatest Moments on Howard Stern Listen to: Top 15 Funniest Barack Obama Quotes 9 Game Design Podcasts Every Game Designer Needs to Hear 7 Podcast Episodes About The Golden State Killer That Will Keep You Up at Night David Parker Ray & Shocking Audio of the Toy Box Killer You Need to Hear 8 UFO & Aliens Podcasts That Will Abduct Your Mind Audio Cheat Sheet To The Sexy Liberal Podcast Network Controversial Joe Rogan Experience Episodes Audio Wack Packer Beetlejuice Best Moments on The Howard Stern Show 12 Best Episodes of the NoSleep Podcast to Keep You Up at Night
Popular Categories
ASMR Business & Tech Cannabis Fashion & Beauty Gaming History Home & Garden Kids & Family Spirituality Travel
Add to playlist
New playlist