Your changes have been saved
All Audio The New Yorker: Poetry 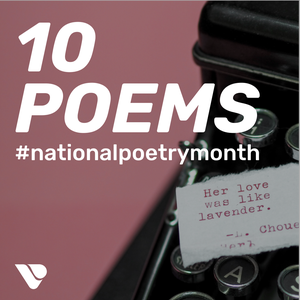 10 Amazing Poems for National Poetry Month
01:48:12 3/31/21 12 audios
Up Next
Full Description
Back to Top
Joy Harjo, the 23rd Poet Laureate Consultant in Poetry to the Library of Congress, reads Sandra Cisneros' poem "Still Life With Raw Potatoes, Pearls, Raw Meat, Rhinestones, Lard and Horse Hooves." The poem examines the simultaneous existence of decay and hope within the context of daily life in San Antonio, Texas.
Transcripts
Back to Top
life. I'm not so sure. Consider the Contessa, who in her time was lovely and now sports award the size of this diamond. So we got so your Venice to you to Venice, not the one of Casanova, the other one of cheap pin zones by the railroad station. I recommend a narrow bit stained with semen, P and sorrow facing the wall. Staying and decay or romantic You're positively Pasolini likely to dangle and fan Dangle yourself to death. If we let you. I won't let you. Not to be outdone, I'm Piazzolla. I'll tango for you in a lace G stream, staying with my first day flow and one sloppy tit leaping like a Niagara from my dress. Did you say dress? Redress? Let's sing Puccini duet I like Trevi s. I'll be your trained monkey. I'll be Sequent and Bengal. I'll be Mangione, Betty Marlene for you I'll be anything you ask. But ask me something glamorous only make me laugh. Another what I want to say Garrido is hunger is not romantic to the hungry. What I want to say is fear is not so thrilling. If you're the one afraid what I want to say is poverty is not quaint. When it's your house, you can't escape from decays. Not beautiful to the decade. What's beauty? Lipstick on a Penis. A kiss on a running sore. A rep child Stiletto that could puncture a heart. A brick through the windshield. That means I love you. I heard that bangs on the door. Look, I hate to break this to you, but this isn't Venice or Buenos Aires. This is San Antonio. That mirror isn't a yard sale, It's a fire. And these are remnants of what could be carried out and saved the pearls. I bought them at the wind. My mink! Genuine acrylic. Thank God this isn't Berlin. Another drink bartender, another bottle. But I cry and oh dear! The pretty blonde boy is no longer serving us to the death camps to the death camps. How rude! How vulgar! Drink up, honey. I've got money. Doesn't he know who we are? Cave Yvonne Lows Day A bottle Della's roboto lost a rienda swell to the witches, The women The danger is the queer cave. Even Las Varas came in Syria. Von Ultra Tregoe I know a bar with a bias drinks if I wear my skirt on my head and you come in wearing nothing but my black Frasier. Yeah, that was still alive with potatoes, pearls, raw meat, Rhinestones, lard and horse hooves by Sandra Cisneros, which was originally published in the May 23rd 1994 issue of the magazine. This poem, which also appears in the 1994 collection Loose Woman, was also published in the July 27th 2020 archival issue of The New Yorker. Voices of American Descent. You put it so well, thinking about ruin, but also, I guess, reinvention in some way. And the poem, uh, really skirts and plays with both those notions. I think you
Up Next
Popular Playlists
Best Yoga Podcasts for Experienced Yogis & for Beginners (Audio) Sour Shoe's Greatest Moments on Howard Stern Listen to: Top 15 Funniest Barack Obama Quotes 9 Game Design Podcasts Every Game Designer Needs to Hear 7 Podcast Episodes About The Golden State Killer That Will Keep You Up at Night David Ray Parker & Shocking Audio of the Toy Box Killer You Need to Hear 8 UFO & Aliens Podcasts That Will Abduct Your Mind Audio Cheat Sheet To The Sexy Liberal Podcast Network Controversial Joe Rogan Experience Episodes Audio Wack Packer Beetlejuice Best Moments on The Howard Stern Show 12 Best Episodes of the NoSleep Podcast to Keep You Up at Night
Popular Categories
ASMR Business & Tech Cannabis Fashion & Beauty Gaming History Home & Garden Kids & Family Spirituality Travel
Add to playlist
New playlist