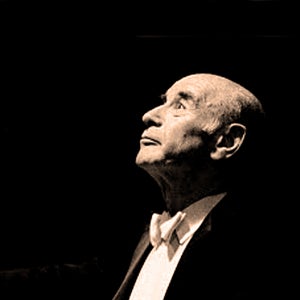 Erich Leinsdorf, with soloists and chorus – The Rochester Philharmonic – Bach: St. Matthew Passion BWV 244 – April 1 and 8, 1950 – Gordon Skene Sound Collection.
Category: Music
Upload Date: Apr 04, 2021
Jump to Full Description
Snippets are a new way to share audio!
You can clip a small part of any file to share, add to playlist, and transcribe automatically. Just click the to create your snippet!
Snippets: Clips of Erich Leinsdorf With Soloists And The Rochester Philharmonic Play Music Of Bach – 1950 – Past Daily Weekend Gramophone that people like
Add to Playlist
Share

There are currently no playlists containing this audio.
Add this audio track to one of your playlists
Add to Playlist
Up Next
Full Description
Back to Top
Erich Leinsdorf, with soloists and chorus – The Rochester Philharmonic – Bach: St. Matthew Passion BWV 244 – April 1 and 8, 1950 – Gordon Skene Sound Collection.
Snippet Transcripts

Erich Leinsdorf With Soloists And The Rochester Philharmonic Play Music Of Bach – 1950 – Past Daily Weekend Gramophone - click on the snippet for a sample.
00:02-11:46
pioneers of music. This afternoon, NBC brings you Part one of the Saint Matthew Passion, by Johann Sebastian Bach in a one hour broadcast concert by Erich Leinsdorf from the Rochester Philharmonic Orchestra with soloists and the combined choirs of Rutgers University. The New Jersey College for Women and Girls Choir from the Rochester Public Schools with John Baldwin organist. This performance, another in NBC's Saturday music series featuring leading orchestras of the nation, had its beginnings in 1948 when Rutgers University invited Erich Leinsdorf from the Rochester Philharmonic Orchestra to think of a Bach festival to be held in commemoration of the composer's death 200 years ago. Mr Lines door from the orchestra had worked in the past with Rutgers University Glee Club, and out of this association came the plans for this performance of The Saint Matthew Passion. Part one Comes to You today from the Eastman Theatre in Rochester, with Part two, broadcast next week from Rutgers University. In today's performance, Rudolph Petracca will sing the part of the narrator and James Piece will be heard as Jesus, and heirs will be heard of soprano soloist Margaret Harshaw Alto and Norman Pharaoh Base. They will be heard with the combined choirs of Rutgers University, the New Jersey College for Women and a choir of girls from the Rochester Public Schools. Now, Erich Leinsdorf conducts the Saint Matthew Passion Part one. Bye bye. Mm hmm. Uh huh. Mm. Mhm. Yeah. Yeah. And Jesus, That has finished with all these sayings. He said to his disciples in all that after two days is the parcel over and the son of man shall be Do his falls deliver? Oh, no, son. No, He shall perish. Yeah. Oh, Mhm. Mhm. Uh huh. Yeah. Mhm. And the time they're assembled, all the priests and the scripture scholars and the owners of the top within the Paris of the chief priest who's the name was Kaif. Office and consulting of that Jesus by crafty be taken and put to the but thus they counted
Up Next
Popular Playlists
Best Yoga Podcasts for Experienced Yogis & for Beginners (Audio) Sour Shoe's Greatest Moments on Howard Stern Listen to: Top 15 Funniest Barack Obama Quotes 9 Game Design Podcasts Every Game Designer Needs to Hear 7 Podcast Episodes About The Golden State Killer That Will Keep You Up at Night David Parker Ray & Shocking Audio of the Toy Box Killer You Need to Hear 8 UFO & Aliens Podcasts That Will Abduct Your Mind Audio Cheat Sheet To The Sexy Liberal Podcast Network Controversial Joe Rogan Experience Episodes Audio Wack Packer Beetlejuice Best Moments on The Howard Stern Show 12 Best Episodes of the NoSleep Podcast to Keep You Up at Night
Popular Categories
ASMR Business & Tech Cannabis Fashion & Beauty Gaming History Home & Garden Kids & Family Spirituality Travel
Add to playlist
New playlist