Your changes have been saved
All Audio Sasquatch Chronicles

From Audio: SC EP:746 Does Sasquatch Have A Language 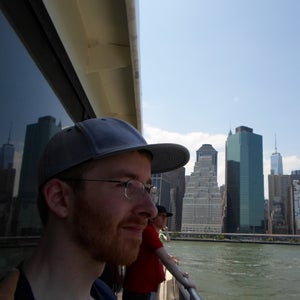 Jack's Station
Jump to Full Description Transcript
Playlists that Bigfoot sighting 911 call: It looks like a man appears on.

There are currently no playlists containing this audio.
Add this audio track to one of your playlists
Add to Playlist
Up Next
Full Description
Back to Top
Clip of a 911 call of a bigfoot sighting
Transcripts
Back to Top
he knows what he saw. And he knows he saw Bigfoot. But he we didn't want to say a big foot on there just to the dispatcher. They might have laughed him off and I'll see anybody out. But anyway, it was very compelling. His recount of that, actually, only kids that peninsula, which is I don't really tell people that it doesn't really matter now. The guy doesn't live there any longer. I don't believe we've got someone or something crawling around out here. You see what it was? Was it a person or an animal or can't tell? All I know is that my central light came on and I just happened to glance and see this thing running across the yard. A good sized man or something. It looks like a man. I don't know what it was just it ran across the yard. You've had problems in the neighborhood before. My dog was killed here just recently. I don't know what it was. Whatever it is, I couldn't catch it if I was going to chase it or whatever it was, it was standing up here looking through the window now and I don't see anything I don't want to go outside. Jesus Christ, big. Hello? Get somebody out here. What's going on now, sir? Son of a bitches. About six ft nine. I don't know if you see him now, sir. Yes? I'm looking right at you. On your yard, sir. Got big. Okay. What's he doing in your yard? Looking at me. And the guy is on foot. I don't know. It's a big, real big person. That's all I can say. Okay, But it is. It is a person. I'd say it was a person or somebody really big, but he's all in black.
Up Next
Popular Playlists
Best Yoga Podcasts for Experienced Yogis & for Beginners (Audio) Sour Shoe's Greatest Moments on Howard Stern Listen to: Top 15 Funniest Barack Obama Quotes 9 Game Design Podcasts Every Game Designer Needs to Hear 7 Podcast Episodes About The Golden State Killer That Will Keep You Up at Night David Ray Parker & Shocking Audio of the Toy Box Killer You Need to Hear 8 UFO & Aliens Podcasts That Will Abduct Your Mind Audio Cheat Sheet To The Sexy Liberal Podcast Network Controversial Joe Rogan Experience Episodes Audio Wack Packer Beetlejuice Best Moments on The Howard Stern Show 12 Best Episodes of the NoSleep Podcast to Keep You Up at Night
Popular Categories
ASMR Business & Tech Cannabis Fashion & Beauty Gaming History Home & Garden Kids & Family Spirituality Travel
Add to playlist
New playlist