Your changes have been saved
All Audio TANIS 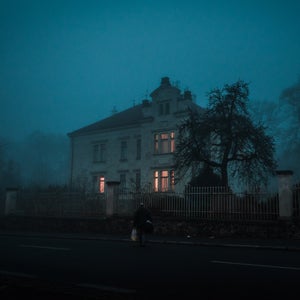 8 of the Best Podcasts like Limetown
58:09 4/6/21 10 audios
Up Next
Full Description
Back to Top
Nic Silver shares how one terribly written yet captivating short-story inspired his entire podcast. Jack Parsons was a rocket scientist whose posthumously published mediocre stories and poems alluded to a mysterious entity called "Tanis."
Transcripts
Back to Top
some stories have layers history, detailed recorded mass sightings, grainy videos, blurry photographs and countless witnesses are these stories with their multiple firsthand accounts years, decades and sometimes even centuries of so called evidence more likely to be true? Sometimes we come across something different, a genuine mystery, something that appears to have no recorded history, no website and no public record at all, something uniquely strange and mysterious. This is one of those stories. Mhm. The City of Pasadena has a long and colorful history. The name Pasadena means key of the Valley, and the area was part of the Mexican land grant in 18 43. From its early roots as a haven for teetotalers, a recovery resort and a Citrus growers paradise, Pasadena flourished. A number of colorful characters made their homes and fortunes in the area. But perhaps nobody was as colorful as Jack Parsons, a rocket scientist to move to Pasadena from Los Angeles. As a young boy, it was Parsons interest in science fiction that led him into rocketry, and by 1941 he had founded Aerojet to sell technology Parsons himself had developed. At the time, Parsons was living in a large ornate mansion on Orange Grove Avenue. Oh, and there's one more thing. Parsons was the leader of the Ordo template oriented Alistair Crowley's brand new religious movement, the religion known as the Lima. The Lima had another infamous member living under the same roof pulp science fiction writer named L. Ron Hubbard after Parsons and Hubbard allegedly failed to summon the goddess Babylon to Earth. And after Hubbard again allegedly made off at Parsons Life Savings and his wife, Parsons continued his work in rocketry until his controversial death in 1952. The police ruled it accidental. A people who knew Parsons at the time of his death suspected assassination. There are a lot of interesting angles to explore there. So what is this story about? Well, this story is about a mystery. Yeah, and Jack Parsons, part in our mystery, wasn't revealed until decades after his death, when some of his writings and poetry were published by a small magazine in San Francisco. That magazine was called Strange Worlds. Parsons writing really wasn't unique or remarkable in any way. His stories were too personal, barely sketches, really, and his poems were simple but not simple. In an elegant way. Hubbard was the writer in the mansion, not Parsons. But one thing Parsons did do better than Hubbard. Better than almost anybody, if you ask those who knew him was research. Parsons was a paper trail Elizabeth Selander way before anyone had dragon tattoos. Un remarkable short story called Where's Tanis? Was the fourth story credited to Parsons in that magazine. It was written in the second person, and it was short, almost reading like a documentary sketch. It was certainly the most poorly written and sorely lacked cohesive narrative structure. But that's short story is the entire reason we created this podcast.
Up Next
Popular Playlists
Best Yoga Podcasts for Experienced Yogis & for Beginners (Audio) Sour Shoe's Greatest Moments on Howard Stern Listen to: Top 15 Funniest Barack Obama Quotes 9 Game Design Podcasts Every Game Designer Needs to Hear 7 Podcast Episodes About The Golden State Killer That Will Keep You Up at Night David Ray Parker & Shocking Audio of the Toy Box Killer You Need to Hear 8 UFO & Aliens Podcasts That Will Abduct Your Mind Audio Cheat Sheet To The Sexy Liberal Podcast Network Controversial Joe Rogan Experience Episodes Audio Wack Packer Beetlejuice Best Moments on The Howard Stern Show 12 Best Episodes of the NoSleep Podcast to Keep You Up at Night
Popular Categories
ASMR Business & Tech Cannabis Fashion & Beauty Gaming History Home & Garden Kids & Family Spirituality Travel
Add to playlist
New playlist