Your changes have been saved
All Audio The Cannabis Investing Podcast

Kellen O’Keefe On Management Changes In The Cannabis Industry

From Audio: Restructuring Flower One 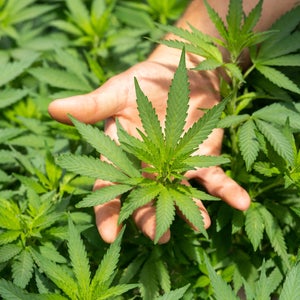 It's 4/20 Week and Here's Your Audio Strain
01:26:18 4/16/21 9 audios
Up Next
Full Description
Back to Top
Kellen O'Keefe talks about the rapidly changing cannabis industry and how it impacts management.
Transcripts
Back to Top
management changes, I mean, you've been a big part of that change, um but there's some other across the board executive changes and and on the board itself. Um and then Med man also has had some changes and you know, very, very well covered struggles in the industry and and kind of some mishandled um executions I think. Is there something that you learned at Med men that you felt um particularly suited to come to flower one because of that? Yeah, that's a great question. Um I would say that, you know, I've learned that it doesn't always pay to be a visionary and I've also learned that, you know, businesses go through a lot of different cycles and phases as do industries and you know, in the, in the early part of the industry, you know, people were truly trailblazing and you know, doing something that had never been done before. Um you know, in a space that was incredibly challenging and I think execution and operational execution was often overlooked and a lot of cannabis businesses are now going through very, very significant transformations as they look to become operating companies instead of, you know, companies that were out to acquire licenses or when licenses and establish a presence. So for me the, it really became down to the fundamentals and flower one's ability to operate and execute. Um, and what we believe, what I believe that means relative to the future of the industry. Yeah, So it's something that we've been talking about on the show recently because exactly what you're saying, there's been widespread management changes as I think and as you express companies are moving from expansion, exciting, headline gaining, um, beginning of a new industry into a more maturing industry, if not yet a mature industry and and management changes that are being brought on that are able to scale companies and grow them um you know, in responsible ways. Do you feel like what we what kind of med men and flour one and other companies that you can put in that category of of going through times where they've needed to make these structural operational changes. Do you think that it has to do with changing from, you know exactly what what we said from one stage of growth to the next? Or do you think that there were some um misguided kind of steps? You know, you said you don't want to be a visionary. Does that speak to kind of just doing the business as it is and and kind of focusing on the fundamentals and less about these wham bam, exciting deals? You know that we're trying to get people interested, we're trying to get capital, create these deals, create this interest or do you think it's a natural growing out phase of a growing industry? I think it's probably a combination of both. Um I I do believe that, you know, there's a unnecessary change that businesses tend to make as they, as they go through those phases. Um you know, in particular in this industry, you know, we've seen a lot of emphasis um you know, and Med men in particular, you know, sought out non cannabis professionals and tried to bring in leading talent from analogous industries into the space. And what I think many have realized is that that exercise has actually been um quite a significant failure in many cases, on the operating side of american cannabis businesses, I think Canadian as well, we've seen um you know, that legacy cannabis operators, while they have had challenges, scaling their operations, um in fact have a very specific set of skills. Um, you know, I p that's taken them, you know, decades in some cases to develop and you know, they, their expertise was often I believe, overlooked as cannabis was looking to professionalize itself and become a more legitimate industry. There was unfortunately, I think a lot of cannabis experience that was that again, didn't get the proper credit it deserved. And we've seen a number of businesses transfer go through transformations to bring back cannabis legacy skill sets and cannabis experts, you know, to actually commercial is and be able to scale and be able to continue to develop products of a particular quality um and efficiency. So I think that there's a big transformation there where um you know, we're seeing it, you know, firsthand across the United States and a number of different companies where cannabis experts are again being prioritized and utilized to help turn facilities around. Do you feel like that?
Up Next
Popular Playlists
Best Yoga Podcasts for Experienced Yogis & for Beginners (Audio) Sour Shoe's Greatest Moments on Howard Stern Listen to: Top 15 Funniest Barack Obama Quotes 9 Game Design Podcasts Every Game Designer Needs to Hear 7 Podcast Episodes About The Golden State Killer That Will Keep You Up at Night David Ray Parker & Shocking Audio of the Toy Box Killer You Need to Hear 8 UFO & Aliens Podcasts That Will Abduct Your Mind Audio Cheat Sheet To The Sexy Liberal Podcast Network Controversial Joe Rogan Experience Episodes Audio Wack Packer Beetlejuice Best Moments on The Howard Stern Show 12 Best Episodes of the NoSleep Podcast to Keep You Up at Night
Popular Categories
ASMR Business & Tech Cannabis Fashion & Beauty Gaming History Home & Garden Kids & Family Spirituality Travel
Add to playlist
New playlist