Your changes have been saved
All Audio The Book Review

On a special episode of the podcast, taped live, editors from The New York Times Book Review discuss this year's outstanding fiction and nonfiction.
Category: Audiobooks & Stories
Upload Date: Nov 27, 2020
Jump to Full Description
Snippets are a new way to share audio!
You can clip a small part of any file to share, add to playlist, and transcribe automatically. Just click the to create your snippet!
Snippets: Clips of Talking About the 10 Best Books of 2020 that people like
Add to Playlist
Share 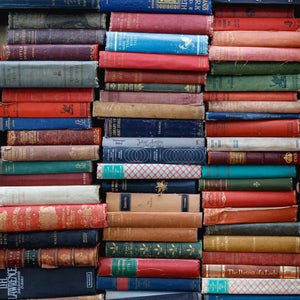 Audio from the Top 10 Books Podcasts
06:09:04 7/20/20 8 audios
Up Next
Full Description
Back to Top
On a special episode of the podcast, taped live, editors from The New York Times Book Review discuss this year's outstanding fiction and nonfiction.
Snippet Transcripts

Snippet of The Book Review: Talking About the 10 Best Books of 2020
50:14-53:20
similarly. All right. The fourth book on the nonfiction side is Uncanny Valley by Anna Weiner. Lauren. Over to You. Thank you. At this point, it feels really impossible that this book came out in 2020. I think it was like the beginning of January, which is just It's hard toe stretch back in my memory. But this book. So Anna Weiner right now is a New Yorker writer 30 something, and she is writes about tech in San Francisco. So, you know, that could be a bit of a tip off for the general thrust of the book. But as you know, she's she's looking back on a time when she was in her mid twenties, it's mid 20 tens, and she was working at a low paying publishing job in New York City and got swept up in the wave that was pulling a lot of her peers. You know, educated young people towards Silicon Valley, the allure of the six figure salaries and the office perks with like free snacks. And you know, just the general optimism about a brighter future that I think there I say, I don't know. Publishing may not always offer, but you know, this memoir is really about Weiner's gradual disillusionment with that promise. You know, she becomes more and more enmeshed in the culture of digitizing everything, optimizing everything, streamlining and you know, the thought that everything has to be extremely efficient and everyone has to be productive all the time. And she starts to see and describes so beautifully and articulately the consequence of that, which is that our individuality, as human beings are even sometimes our morality can be eroded if not erased in some extreme cases. My colleagues and I talked about this one scene that was particularly effective where you know it's it's presumed. She never names, but it's presumed. She works for the software company, Get hub and and she eyes walking on the streets of San Francisco. And she sees a homeless man wearing a zip up hoodie bearing the logo of her company. And it's just this really powerful, brief image of sort of how corporate America becomes the detritus it leaves in its wake. And I mean just picking to the writing. It's so sharp and insightful. There's there's something really savage about the East Coast literary voice on the kind of Tech bro culture. That's very entertaining. It could be so funny at times, in a very wry and sarcastic way. It's incredibly funny and cool, but it's also a broader indictment of our generation. I think you know, you start to feel like these problems that are, I guess, identified sometimes in our culture with the Bay Area, with Silicon Valley, With tech, with the digital era are actually everywhere. It's this. It's this global generational fear, I guess, or insecurity anxiety that, you know, we are never efficient enough, never productive enough. You know, we're never original enough, never good enough. So I think that kind of description and exploration of where that might be coming from, I don't know. It made me feel a lot better about my anxieties. So yeah, Greg
Up Next
Popular Playlists
Best Yoga Podcasts for Experienced Yogis & for Beginners (Audio) Sour Shoe's Greatest Moments on Howard Stern Listen to: Top 15 Funniest Barack Obama Quotes 9 Game Design Podcasts Every Game Designer Needs to Hear 7 Podcast Episodes About The Golden State Killer That Will Keep You Up at Night David Ray Parker & Shocking Audio of the Toy Box Killer You Need to Hear 8 UFO & Aliens Podcasts That Will Abduct Your Mind Audio Cheat Sheet To The Sexy Liberal Podcast Network Controversial Joe Rogan Experience Episodes Audio Wack Packer Beetlejuice Best Moments on The Howard Stern Show 12 Best Episodes of the NoSleep Podcast to Keep You Up at Night
Popular Categories
ASMR Business & Tech Cannabis Fashion & Beauty Gaming History Home & Garden Kids & Family Spirituality Travel
Add to playlist
New playlist