Your changes have been saved
All Audio Urban Farm Academy Podcast 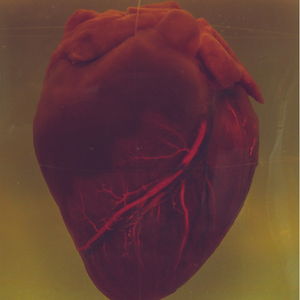 There are currently no playlists containing this audio.
Add this audio track to one of your playlists
Add to Playlist
Up Next
Full Description
Back to Top
urban farming test
Transcripts
Back to Top
little it. My understanding is you have to deal with a little bit of the political thing because the greenhouse are restricted. You can't put some up or can't, um, what's that like and all about? Well, in our county, they don't allow permanent greenhouse structures. Um, and they limit the size of the amount of like if you even want a hoop house. Um, and there's only a certain amount of square footage that you could have a of a dwelling, um, within a certain amount of acreage. And so this is counting or citywide, or it's just Boulder County. And so we are on the edge of another county. So we're looking into just moving into a different county if we want a greenhouse. Um, because there's a lot more, they embrace it a lot more there. So, um, we're Yeah, we're just gonna have to move to the account, given you any reasons why this is an issue. Um, so it's a lot of just it's a very rich area, and they say it's nice or for these ridges when they drive down their streets, they don't want to see it. Um, so I you know, it would be be fun for me to actually fight this and, you know, actually go around and petition with these rich people that may actually not care, but it's just something that's been in the rule book for so long, Old Coop put them. And maybe now that you know, it's, you know, urban farming and just farming in general is getting more embraced. Maybe it would be something that we could change. Yeah, and they've been actually been. I mean, all the farmers around there have actually tried to changing that, and over the last couple years, they did get to implement. So you're allowed up to 2000 square feet and external like hoop houses and bridges, external buildings that can put on your property. But they still can't do washing stations, which they really need because of the new, you know, gap certifications and things like that that have come through. They still can't do that. They can't do housing for employees, and that's the biggest one. They can't just there
Up Next
Popular Playlists
Best Yoga Podcasts: Listen & Learn New Poses Sour Shoe's Greatest Moments on The Howard Stern Show Listen to: Top 15 Funniest Barack Obama Quotes 9 Game Design Podcasts Every Game Designer Needs to Hear 7 Podcast Episodes About The Golden State Killer That Will Keep You Up at Night David Parker Ray & Shocking Audio of the Toy Box Killer You Need to Hear Best UFO Podcasts That Will Abduct Your Mind Controversial Joe Rogan Experience Episodes Audio Wack Packer Beetlejuice Best Moments on The Howard Stern Show 12 Best Episodes of the NoSleep Podcast to Keep You Up at Night Sexy ASMR Audio to Turn You On
Popular Categories
ASMR Business & Tech Cannabis Fashion & Beauty Gaming History Home & Garden Kids & Family Spirituality Travel
Add to playlist
New playlist