Your changes have been saved
All Audio blerds r us 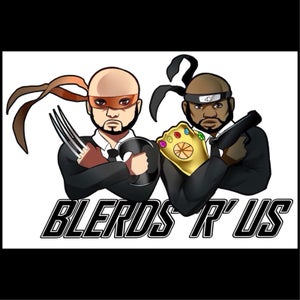 What we've been up to

Martin (anime & Manga)
That Time I Got Reincarnate as a Sime E12 (finale)
The Honour Stud
Category: Entertainment
Publish Date: Oct 12, 2021
Tagged in this Audio:
More
Jump to Full Description
Snippets are a new way to share audio!
You can clip a small part of any file to share, add to playlist, and transcribe automatically. Just click the to create your snippet!
Snippets: Clips of 219 Star Wars Vision & Anime Talk that people like

There are currently no playlists containing this audio.
Add this audio track to one of your playlists
Add to Playlist
Up Next
Full Description
Back to Top
What we've been up to


comic book news
Disney and Scarlet Johansson come to agreement (settled for $40mil)
Echo series rumoured to be spiritual season 4 to Netflix’s Daredevil with majority of the cast expected to return.
WandaVision spin-off starring Kathryn Hahn in the works at Disney+. If the show isn’t called Agatha All Along we riot

Anime News
Funimation is streaming Tesla Note, AMAIM Warrior at the Borderline
Toonami will show the Batman Ninja Anime Film on October 16
Our Last Crusade or the Rise of a New World is getting a sequel
Digimon Ghost Game anime has started streaming, with Gammamon being the main Digimon partner