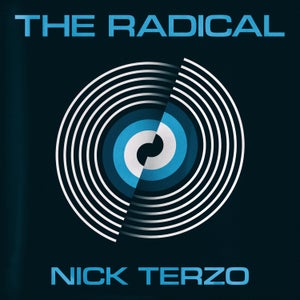 From an early age, songwriter and producer Sam Hollander was more interested in who produced his favorite records than he was who performed on them. That innate love of the magic behind the music propelled him into a decades-long career as a chart-topping hit maker and genre-hopping creative collabo
Category: Music
Publish Date: Jul 02, 2021
Tagged in this Audio:
More
Jump to Full Description
Snippets are a new way to share audio!
You can clip a small part of any file to share, add to playlist, and transcribe automatically. Just click the to create your snippet!
Snippets: Clips of 46. Sam Hollander that people like

There are currently no snippets from 46. Sam Hollander.
Snippets are an easy way to highlight your favorite soundbite from any piece of audio and share with friends, or make a trailer for ‎The Radical
Create a Snippet
Playlists that 46. Sam Hollander appears on.

There are currently no playlists containing this audio.
Add this audio track to one of your playlists
Add to Playlist
Up Next
Full Description
Back to Top
From an early age, songwriter and producer Sam Hollander was more interested in who produced his favorite records than he was who performed on them. That innate love of the magic behind the music propelled him into a decades-long career as a chart-topping hit maker and genre-hopping creative collaborator. Join Nick as he and Sam discuss breaking into the New York music scene, growing up on a diet of Mingus and Skynyrd, his life-changing move to Los Angeles, and sharing a love of yacht rock with his daughter.   HIGHLIGHTS: [02:31] Despite the difficulties created by the pandemic, Sam realized he needed to write to keep his creative muscles strong [04:09] Sam found some good during the lockdown: no rush hour traffic, shorter days, and Zooming with friends [04:59] Sam brings a lot of energy to his collaborations, like a closing baseball pitcher who's there to win the game [06:44] Growing up a huge fan of music, Sam was enamored with the songwriters and producers of his favorite tunes [08:11] Being exposed to a wide variety of music as kid has given Sam the ability to love a good tune no matter what genre it's from [11:19] Sam's mother was plugged into the New York scene of the 70s and 80s, so as a kid he got to hang with Andy Warhol and the Studio 54 crowd [14:19] Knowing from an early age he wanted to be a producer and songwriter, Sam aggressively hustled his way into the New York music industry [17:43] Getting ahead by taking anything that came his way, Sam has reached a point in life where he wants to - and can - pick and choose the artists he wants to work with [19:10] Every once and a while Sam will reconnect with his old work, but it serves as a personal challenge to keep working, and get better at his craft [20:51] A big move to Los Angeles just as the pop landscape ran Sam headlong into an unexpected creative wall [23:37] Sam's creative catharsis and return to form came from an unexpected source - basketball legend Steve Nash - who told him to work every day during his "professional season" [27:14] The most important asset Sam brings to a songwriting session is being a "grown-ass man", a seasoned veteran who knows the ins and outs of the craft [28:34] Most of the time Sam's collaborations work out fine, but every once and while things just don't click right away, so now he researches his potential partners thoroughly [33:50] Sam enjoys working with an artist who's creating their debut record, and then he likes to come back for their fourth go-round [35:14] Sam supports songwriter advocacy groups, helping people in his industry get the financial rewards they deserve [38:44] When Sam finally notched his first number one hit, his uncle, the poet John Hollander, one-upped him by licensing a poem to the Eagles for their big return [41:39] Sam has an awesome slate of upcoming projects, but he doesn't want to jinx them by talking about them too soon [43:08] Although Sam's teenage daughter wants nothing to do with dear old dad, they share an unironic genetic love of the same older music Thanks for listening! Tune in next week and don’t forget to take a minute to review the podcast. In this incredibly competitive podcasting world, every piece of feedback helps. Follow our social media channels for last-minute announcements and guest reveals @theradicalpod on Instagram and Facebook. Find out more about today’s guest, Sam Hollander. Find out more about your host, Nick Terzo   MENTIONED IN THIS EPISODE: @googoodolls @johnrzeznikGGD   @BillyIdol @Stevestevens @KISSOnline @BeeGeesOfficial @Mingus [jazz musician Charles Mingus] @BillEvansEstate @Lloyd_Cole <a href="https://tw
Up Next
Popular Playlists
Best Yoga Podcasts: Listen & Learn New Poses Sour Shoe's Greatest Moments on The Howard Stern Show Listen to: Top 15 Funniest Barack Obama Quotes 9 Game Design Podcasts Every Game Designer Needs to Hear 7 Podcast Episodes About The Golden State Killer That Will Keep You Up at Night David Parker Ray & Shocking Audio of the Toy Box Killer You Need to Hear Best UFO Podcasts That Will Abduct Your Mind Controversial Joe Rogan Experience Episodes Audio Wack Packer Beetlejuice Best Moments on The Howard Stern Show Best NoSleep Podcast Episodes To Terrify You Sexy ASMR Audio to Turn You On
Popular Categories
ASMR Business & Tech Cannabis Fashion & Beauty Gaming History Home & Garden Kids & Family Spirituality Travel
Add to playlist
New playlist