Your changes have been saved
All Audio Pure Dog Talk 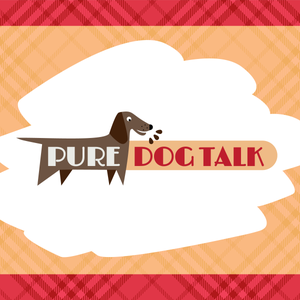 “You gotta know where
Category: Pets & Animals
Publish Date: Oct 11, 2021
Tagged in this Audio:
More
Jump to Full Description
Snippets are a new way to share audio!
You can clip a small part of any file to share, add to playlist, and transcribe automatically. Just click the to create your snippet!
Snippets: Clips of 498 – Stephanie Seabrook Hedgepath on Structure that people like

There are currently no playlists containing this audio.
Add this audio track to one of your playlists
Add to Playlist
Up Next
Full Description
Back to Top
Stephanie Seabrook Hedgepath on Structure
AKC judge, Pembroke Welsh Corgi breeder, author and speaker Stephanie Seabrook Hedgepath joins host Laura Reeves for a conversation about canine structure. Hedgepath walks us through what’s important when evaluating a dog’s structure.

“That front assembly is laid back, set under the ribbing so as to provide the most support in the front when it acts as a shock protector … I think what people don't understand is the whole front assembly of the dog is held on with muscles and ligaments to the chest. In the rear we have the hip the pelvis is fused to the spine at the sacroiliac joint. It is fused to the spine and then you've got a nice big ball and socket that goes into that. So that is much more rigid. The front assembly, if you don't keep your dog in shape, they can get injured very easily. But if it isn't set up properly and those muscles and all are not going where they need to go to hold all of that together, then we've got a big problem.

“I think that's the thing that the majority people don't understand. That's why (when) dogs are in motion we can have dogs that flip their fronts, they paddle, they go in circles…. (while) in the rear, we don't have as many different ways for the dog to go laterally, 'cause it's a much more fixed assembly.