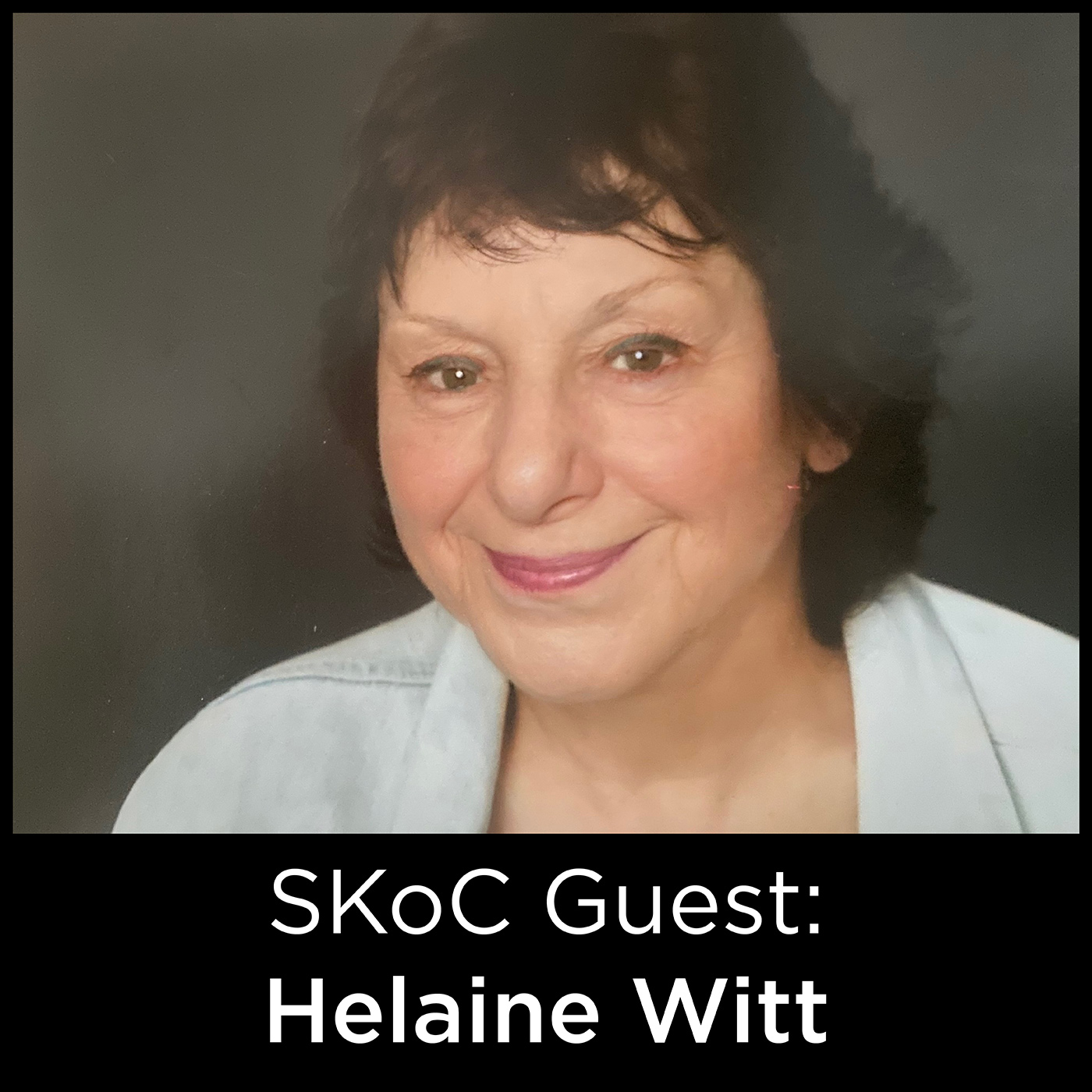 SC 19 THE BEATLES AND ME with Helaine Witt

To say The Beatles are part of Helaine’s life would be a vast understatement. As a groupie of the fab four in the 60’s, to following (ok, stalking) John, Paul, George and Ringo on several continents, Helaine remains a lifelong fan. Tune in with TA and Helaine, and follow along in her fascinating jou
Category: Comedy Comedy Interviews
Upload Date: Apr 02, 2021
Jump to Full Description
Snippets are a new way to share audio!
You can clip a small part of any file to share, add to playlist, and transcribe automatically. Just click the to create your snippet!
Snippets: Clips of SC 19 THE BEATLES AND ME with Helaine Witt that people like

There are currently no playlists containing this audio.
Add this audio track to one of your playlists
Add to Playlist
Up Next
Full Description
Back to Top
To say The Beatles are part of Helaine’s life would be a vast understatement. As a groupie of the fab four in the 60’s, to following (ok, stalking) John, Paul, George and Ringo on several continents, Helaine remains a lifelong fan. Tune in with TA and Helaine, and follow along in her fascinating journey.   06:23 | Terry-Ann Meet Helaine Witt! Helaine started her stand-up and improv career by taking classes from Robin Williams' colleagues at The Holy City Zoo in San Francisco. After returning to her native New York City from San Francisco, she continued comedy until her retirement after teaching in the early 2000's. She’s been performing in various clubs all over the NY region, throughout the U.S. and Canada. Guest appearances include: The Wendy Williams Show, including several STREET TALK segments. Joan Rivers even told some of her jokes on the Johnny Carson (Tonight) Show!   13:33 | Terry-Ann/Helaine Early struggles, being a bad ass, not giving a #$@% - we all have a past.   14:38 | Helaine Go west young (wo)man – the great exodus to California.   15:48 | Helaine Life in San Francisco! Comedy, Comedy, Comedy! Come in the Comedy Club! Improv, Joan Rivers, Robin Williams and John Cantu too!   20:03 | Terry-Ann/Helaine What’s in a “Beatlemania Room” anyway?   22:30 | Terry-Ann/Helaine My long and winding road to England and meeting John & Paul.   28:08 | Terry-Ann/Helaine Meeting up with Paul again in my 60’s.   34:37 | Terry-Ann/Helaine My favorite BEATLE?   35:29 | Helaine The worst part of Zoom? Asleep and naked?   39:58 | Terry-Ann/Helaine Plans for 2021. Shout out to Rob Ciaoffi!   43:41 | Terry-Ann/Helaine OUTTAKE: from Gregory Stock, Ph.D.’s, The Book of Questions 1987 ed. TAZ asks: You have the power to go any distance into the future and after one year, return to the present with any knowledge you have gained from your experience, but with no physical objects, just knowledge. Would you make the journey if it carried a 50 percent risk of death?   Helaine Witt YouTube: https://www.youtube.com/watch?v=_WcRgj6DsMg Facebook: https://m.facebook.com/helainewitt   Terry-Ann Zander TAZ Comedy Hotline: 201-874-5971 Facebook: @Terry-Ann Zander - https://www.facebook.com/terryann.zander   Terri Walters Twitter: @TerriLWalters - https://twitter.com/TerriLWalters LinkedIn: @TerriLWalters - https://www.linkedin.com/in/terrilwalters/ Email: Terri@MoonfishProduction.com   Some Kind of Comedian Website: https://www.somekindofcomedian.com/podcast Facebook: @SomeKindofComedian - https://www.facebook.com/SomeKindofComedian/   Moonfish Production, Ltd. Website: http://www.moonfishproduction.com/ LinkedIn: https://www.linkedin.com/company/moonfish-production-ltd-/ Facebook: @MoonfishCreative - https://www.facebook.com/MoonfishCreative/ Email: info@MoonfishProduction.com
Up Next
Popular Playlists
Best Yoga Podcasts for Experienced Yogis & for Beginners (Audio) Sour Shoe's Greatest Moments on Howard Stern Listen to: Top 15 Funniest Barack Obama Quotes 9 Game Design Podcasts Every Game Designer Needs to Hear 7 Podcast Episodes About The Golden State Killer That Will Keep You Up at Night David Parker Ray & Shocking Audio of the Toy Box Killer You Need to Hear 8 UFO & Aliens Podcasts That Will Abduct Your Mind Audio Cheat Sheet To The Sexy Liberal Podcast Network Controversial Joe Rogan Experience Episodes Audio Wack Packer Beetlejuice Best Moments on The Howard Stern Show 12 Best Episodes of the NoSleep Podcast to Keep You Up at Night
Popular Categories
ASMR Business & Tech Cannabis Fashion & Beauty Gaming History Home & Garden Kids & Family Spirituality Travel
Add to playlist
New playlist