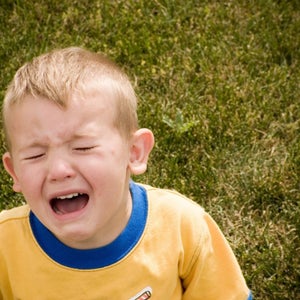 51. Tantrums are Common and Meltdowns are Inevitable

In this episode, I talk in-depth about the differences in tantrums and meltdowns. Their behaviors may look similar but it is important for us as parents to be able to identify the differences so that we know how to best help them.
With a tantrum, the child is generally choosing to engage in the b
Category: Health Conditions Autism
Publish Date: Aug 26, 2021
Tagged in this Audio:
More
Jump to Full Description
Snippets are a new way to share audio!
You can clip a small part of any file to share, add to playlist, and transcribe automatically. Just click the to create your snippet!
Snippets: Clips of 51. Tantrums are Common and Meltdowns are Inevitable that people like

There are currently no playlists containing this audio.
Add this audio track to one of your playlists
Add to Playlist
Up Next
Full Description
Back to Top
In this episode, I talk in-depth about the differences in tantrums and meltdowns. Their behaviors may look similar but it is important for us as parents to be able to identify the differences so that we know how to best help them.
With a tantrum, the child is generally choosing to engage in the behavior because of their want for something or escaping something that they don’t want. They are usually acting out to get a reaction from someone else. A key identifier in a tantrum is that it will end abruptly if given what they want or allowed to escape what it is they are resisting.
The first thing that you need to figure out is what is he or she trying to gain from the tantrum? Do they want something that they cannot have? Are they trying to escape something or somewhere that they don’t want to be or something that they don’t want to do?
It’s important to practice replacement behaviors with them and teach them appropriate ways to get their needs met.
Always keep your emotional AND verbal reactions minimal when it comes to a tantrum.
When a meltdown occurs, it is because the child’s brain is overwhelmed, and they are literally in a fight or flight reaction. Their level of stress in their current setting has escalated to a point where they lose control and are unable to cope with their environment.
Here is what I can tell you, the majority of times when a meltdown is happening it is because they are trying to escape something that is overwhelming and they are not seeking to GAIN anything. They might feel unsafe or the social demands of the situation are simply too much for them to navigate.
Typical behavior techniques that we would use for a tantrum will not work during a meltdown. Their sensory system and brain are so overloaded and overwhelmed that they physically cannot respond. Meltdowns are highly unpredictable and can come on suddenly and sometimes without any notice.
The most effective strategy for reducing meltdowns is to figure out strategies that will lead to avoiding the meltdown, to begin with.
www.notyouraverageautismmom.com
Up Next
Popular Playlists
Best Yoga Podcasts: Listen & Learn New Poses Sour Shoe's Greatest Moments on The Howard Stern Show Listen to: Top 15 Funniest Barack Obama Quotes 9 Game Design Podcasts Every Game Designer Needs to Hear 7 Podcast Episodes About The Golden State Killer That Will Keep You Up at Night David Parker Ray & Shocking Audio of the Toy Box Killer You Need to Hear Best UFO Podcasts That Will Abduct Your Mind Controversial Joe Rogan Experience Episodes Audio Wack Packer Beetlejuice Best Moments on The Howard Stern Show Best NoSleep Podcast Episodes To Terrify You Sexy ASMR Audio to Turn You On
Popular Categories
ASMR Business & Tech Cannabis Fashion & Beauty Gaming History Home & Garden Kids & Family Spirituality Travel
Add to playlist
New playlist