Your changes have been saved
All Audio Find Your Dream Job: Insider Tips for Finding Work, Advancing your Career, and Loving Your Job
Episode 245 of 300

Getting a Job During Tough Times, with Pattie Sinacole (Audio)

Share
station description Get hired, have the career you want, and make a difference in life

Listen to the Find Your Dream Job Podcast on Vurbl. In this episode, guest Pattie Sinacole discusses the importance of a strong Linkedin profile, building networks, and other important steps on tackling the job market in the pandemic.
Category: Business & Tech Careers
Upload Date: May 27, 2020
Jump to Full Description
Snippets are a new way to share audio!
You can clip a small part of any file to share, add to playlist, and transcribe automatically. Just click the to create your snippet!
Snippets: Clips of Getting a Job During Tough Times, with Pattie Sinacole (Audio) that people like
Add to Playlist
Share 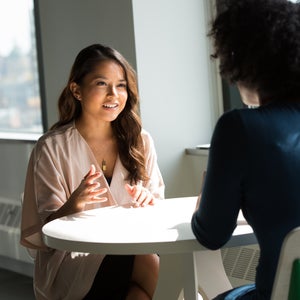 How to Find a Job: an Audio Guide
05:32:24 7/14/20 10 audios
Up Next
Full Description
Back to Top
With double-digit unemployment due to Covid-19, should you even look for work right now? Even in unprecedented times like these, the job market doesn’t come to a complete halt. Find Your Dream Job guest Pattie Sinacole says that if you’re sitting on the sidelines, you are actively missing opportunities. If you’re ready to get serious about your next career move, Pattie recommends creating a strong LinkedIn profile, building your personal and professional networks, and surrounding yourself with supportive friends and family.
Snippet Transcripts