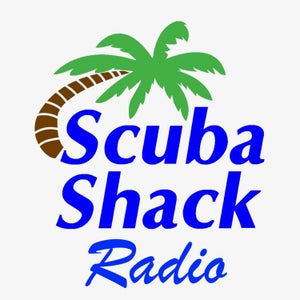 67. Wet Notes updates PADI AWARE Week, another photo contest, and new products from Aqualung plus Your Next Dive takes us to the wreck of th

If you want to dive with a purpose, check out an opportunity next year to spend a week at the Atlantis Dive Resort in Dumaguete in the Philippines participating in a program led by the Coral Restoration Foundation.

This year the PADI AWARE Foundation's AWARE Week is set for September 18 to 26, 2021
Category: Sports & Adventure Scuba Diving
Publish Date: Sep 13, 2021
Tagged in this Audio:
More
Jump to Full Description
Snippets are a new way to share audio!
You can clip a small part of any file to share, add to playlist, and transcribe automatically. Just click the to create your snippet!
Snippets: Clips of 67. Wet Notes updates PADI AWARE Week, another photo contest, and new products from Aqualung plus Your Next Dive takes us to the wreck of th that people like
Add to Playlist
Share

01:53
Shark Mural in MA - learn how to get a glimpse
Scuba Diving
Add to Playlist
Share

01:12
PADI AWARE Foundation - AWARE Week 2021
Scuba Diving
Playlists that 67. Wet Notes updates PADI AWARE Week, another photo contest, and new products from Aqualung plus Your Next Dive takes us to the wreck of th appears on.

There are currently no playlists containing this audio.
Add this audio track to one of your playlists
Add to Playlist
Up Next
Full Description
Back to Top
If you want to dive with a purpose, check out an opportunity next year to spend a week at the Atlantis Dive Resort in Dumaguete in the Philippines participating in a program led by the Coral Restoration Foundation.

This year the PADI AWARE Foundation's AWARE Week is set for September 18 to 26, 2021. AWARE Week's goal is to empower the global dive community to lead or take part in conservation activities and courses focused on local action for global impact.

The 2022 Aqualung buyers guide was recently released and they a lot of new products and colors coming out next year. First there is a new regulator - the Helix Pro and the Helix. Additionally they have reworked their Aquaflex wetsuits and now have Aquaflex Mens and Aquaflex Womans along with the FreeFlex 2 mm suit. New colors include Sand, and Petrol along with Red and Orange on some different equipment. Apeks also has a new regulator - the XL4 Ocea - billed as a totally sustainable regulator made with post consumer waste. Also, Apeks is releasing its first dive computer - the DSX - capable of programming 6 gases and can monitor 6 transmitters.

Your Next Dive takes us to Gloucester, MA where we will dive the wreck of the Chester A. Poling. The Poling was a coastal tanker that sank on January 10, 1977. The ship split in half with the stern section coming to rest just off Eastern Point, Gloucester in 75 feet of water while the bow section went down about 4 miles from Eastern Point in 190 feet of water. Subsequent winter storms moved the stern about 800 yards off of Eastern Point in about 90 feet of water. The stern section is upright. Summer bottom temperatures range from the upper 40 degrees F to the lower 50s. Visibility can be up to 30 feet. You can book a charter with Cape Ann Diver 2 out of Gloucester. Just remember you need all of your own gear.

Shark Mural in MA - learn how to get a glimpse
03:53-05:46
with some fun dives. This sounds really fascinating. one of the pictures in the newsletter showed the table coral at Apo Island, I vividly remember that area when we dove there in 2019. There wasn't any pricing available in the article and you'll have to contact the hotel directly if you have the time and desire to dive with the purpose, check out this program and mark it on your calendar a long time ago. Donna and I lived in Hawaii. That was in the mid 1980s. At that time we got to experience what was probably one of the first Weiland walls in Honolulu. If you're not familiar with Weiland walls, you can check them out. The wall was a large mural of a humpback whale on the side of a building near Waikiki. It was quite impressive. Well, it might not be a while in wall, but if you happen to be near brant rock in Mansfield massachusetts, you can catch a view of a mural of a large shark painted on the side of an old restaurant according to wicked local dot com. The mural was painted by a local artist, Shane Leonard Shane was a former football player at boston college who has a passion for painting and a passion for sharks. Now, the mural is on the side of the former Arthur and Pat's restaurant that closed Back in 2015. The shark faces divers as they head down ocean at ST which is a one way street. So you can't miss it. Shane says he likes the way sharks show emotion. The photo is pretty impressive. There is no guarantee that the building won't be torn down now that is unoccupied. But according to Shane, even if it doesn't survive, it was worth doing so. If you happen to be near Mansfield, Mass, check out the shark mural on Ocean Street.

PADI AWARE Foundation - AWARE Week 2021
05:43-06:55
out the shark mural on Ocean Street. About a month ago, Patio Wear Foundation announced their 4th annual aware week. Now this year it will run from September 18 through September 26, 2021. The whole idea behind aware week is to empower the global dive community to lead or take part in conservation activities and courses focused on local action for global impact. In the past, aware has focused on two elements marine debris and vulnerable marine species. This year, in concert with patty's blueprint for ocean action, they are adding three more components, climate change, marine protected areas and coral reefs. Some of the waves that dive shops can participate or by conducting aware classes like dive against debris, coral conservation or the aware specialty. Also like Us, you can become a one 100% aware dive center where you provide a monthly contribution in support of the patty certifications you award. We are very proud to be one 100% aware.
Up Next
Add to playlist
New playlist