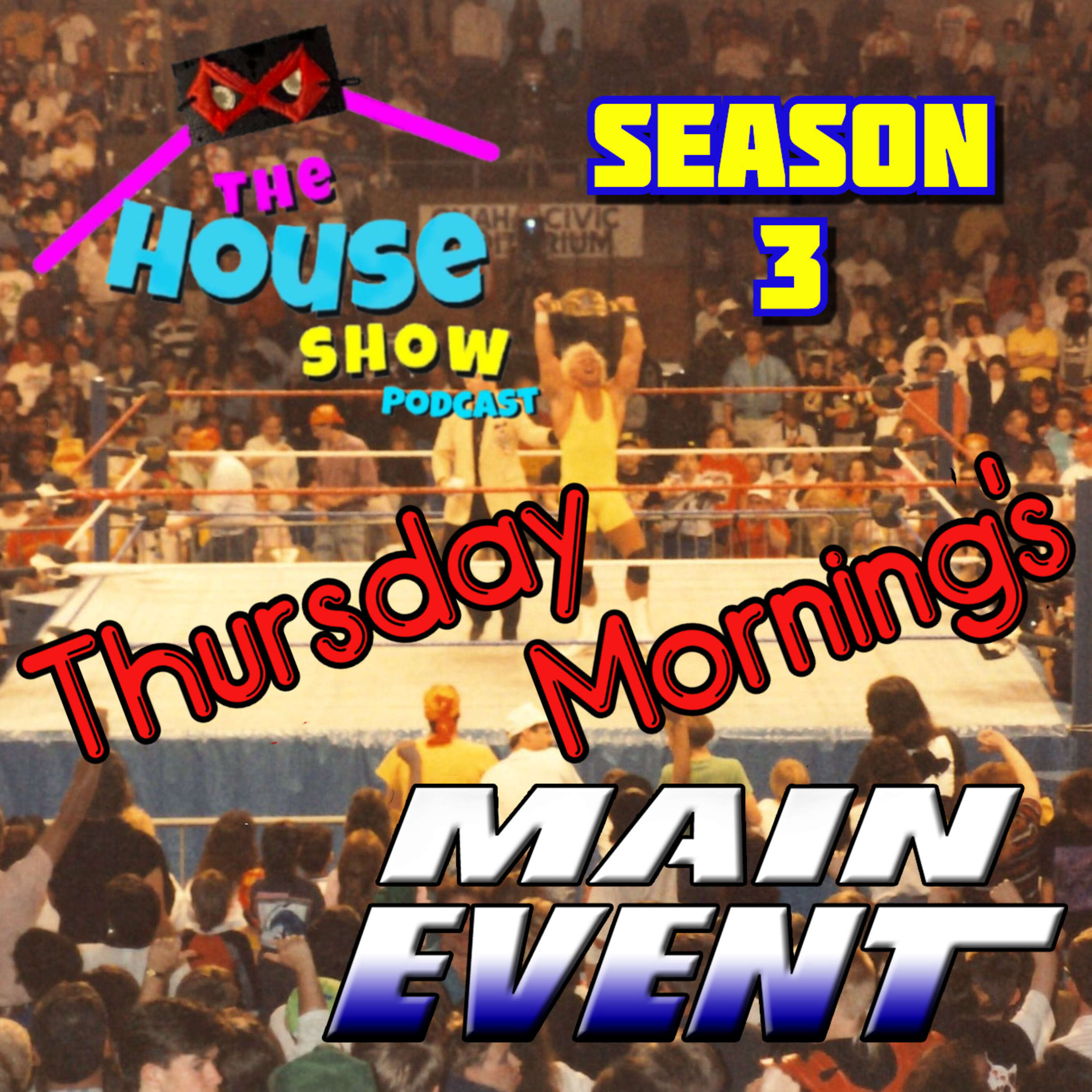 Here it comes. Are they going to? Is this happening? The handshake that rocks the wrestling world is here! On today’s episode of WWF Saturday Night’s Main Event we bear witness to the birth of the Mega Powers! On September 23, 1987 (airing October 3) the 9,000 fans that packed the Hersheypark Arena
Category: Sports & Adventure Wrestling
Upload Date: Mar 25, 2021
Jump to Full Description
Snippets are a new way to share audio!
You can clip a small part of any file to share, add to playlist, and transcribe automatically. Just click the to create your snippet!
Snippets: Clips of SNME #12 - Birth of the Mega Powers that people like

There are currently no playlists containing this audio.
Add this audio track to one of your playlists
Add to Playlist
Up Next
Full Description
Back to Top
Here it comes. Are they going to? Is this happening? The handshake that rocks the wrestling world is here! On today’s episode of WWF Saturday Night’s Main Event we bear witness to the birth of the Mega Powers! On September 23, 1987 (airing October 3) the 9,000 fans that packed the Hersheypark Arena in Hershey, Pennsylvania watched the official face turn on the “Macho Man” Randy Savage. This is one of the most iconic moments in the height of WWF’s popularity. Savage is beaten down by the Honky Tonk Man and the Hart Foundation. Miss Elizabeth runs away. No! She runs for help and help arrives in the form of Hulk Hogan. Hogan sees this three on one attack and he has to be a man, he can’t let it slide. The Hulkster saves Macho Man and then the crowd erupts as the Maniacs and the Madness come together. But that’s not all! In a special video premier, this episode features the exclusive debut of the “Piledriver” music video! Plus all of the entertainment from your trios tag team champions. Matty asks someone out on a date. The Educator shows off his vocal range. Kevin receives an F in this week’s wrestling knowledge quiz. Tonight’s matches include:
“Macho Man” Randy Savage (with Miss Elizabeth) vs the Honky Tonk Man (Intercontinental Champion) (with Jimmy Hart).
Hulk Hogan (WWF World Heavyweight Champion) vs Sika (with Mr Fuji and Kim Chee).
King Kong Bundy (with a surprise) vs “Mr Wonderful” Paul Orndorff (with Oliver Humperdink).
The Hart Foundation (WWF Tag Team Champions) vs The Young Stallions.
Plus, the “Piledriver” music video. Read all of Kevin’s show notes by becoming a $5 level Patron over at https://www.patreon.com/maskedlibraryCheck out our merchandise store at Tee Public!The Retro Network’s own Kevin Decent (@MaskedLibrary) along with his two best friends “Sweet” Matty Treats (@MattyTreats) and Matt “the Educator of Excellence” began The House Show by reviewing WWF’s In Your House pay per view events over the course of the worldwide quarantine. Next, they covered all of the WCW Halloween Havoc events finishing out 2020. Now in 2021, they will be going back to WWF for all the Saturday Night's Main Event shows. This trios team has been watching wrestling all their lives and debating the outcomes since high school. Invite them in your house each week for the main episode on Thursdays and The Run In on Mondays. Contact The House Show across social media! Follow @TRNHouseShow on Instagram, Twitter, and Facebook. Watch along with each podcast (eventually) on Peacock.  Watch all the In Your House, Halloween Havoc, and now Saturday Night's Main Event shows plus so much more from the ’80s and ’90s eras including Wrestlemania, Summerslam, and events from other leagues like ECW and NWA. The Peacock app will have all content previously on the WWE Network by SummerSlam in August. Listen from the beginning! Subscribe to The House Show feed directly or search "The House Show" in your favorite podcast feed.★ Support this podcast on Patreon ★
Up Next
Popular Playlists
Best Yoga Podcasts for Experienced Yogis & for Beginners (Audio) Sour Shoe's Greatest Moments on Howard Stern Listen to: Top 15 Funniest Barack Obama Quotes 9 Game Design Podcasts Every Game Designer Needs to Hear 7 Podcast Episodes About The Golden State Killer That Will Keep You Up at Night David Parker Ray & Shocking Audio of the Toy Box Killer You Need to Hear 8 UFO & Aliens Podcasts That Will Abduct Your Mind Audio Cheat Sheet To The Sexy Liberal Podcast Network Controversial Joe Rogan Experience Episodes Audio Wack Packer Beetlejuice Best Moments on The Howard Stern Show 12 Best Episodes of the NoSleep Podcast to Keep You Up at Night
Popular Categories
ASMR Business & Tech Cannabis Fashion & Beauty Gaming History Home & Garden Kids & Family Spirituality Travel
Add to playlist
New playlist